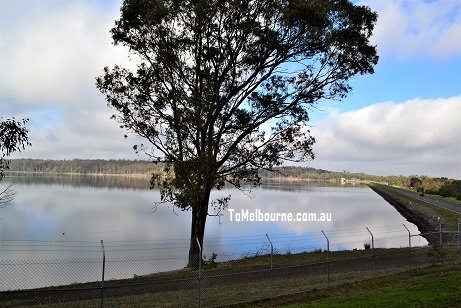 Yan Yean Reservoir, situated 40km north of Melbourne CBD, is Melbourne’s oldest water supply reservoir. Reservoir is built on Plenty river which is a tributary of Yarra River. The reservoir which is part of Melbourne’s water supply network is managed by Melbourne Water and supplies water to northern and central suburbs of Melbourne. This was the largest artificial reservoir in Western world at the time of its completion. It has a capacity to hold30,000 megalitres of water. This is also standing as a monument to the vision of the early settlers of Melbourne. The reservoir is also a recreational area for Melbournians with picnic facilities. The Yan Yean Reservoir park covers an area of 15ha.

Drinking water for Melbourne in its early years of settlement were supplied from River Yarra, until the drainage from the contiguous suburbs, and the refuse from various manufacturing companies along its banks threatened to render the water too impure for human consumption. In the late 1840’s search was on to find a supply of pure water from a source of sufficient altitude to be self-supplying, thus to avoid expensive machinery to pump the water. The search ended at Yan Yean in the plenty ranges with a reservoir formed by nature, only requiring an embankment to be thrown across the gully to render it available for the supply. 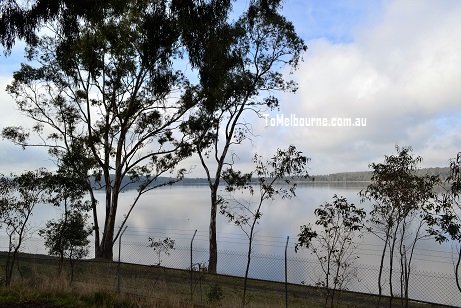 The reservoir construction works commenced in 1853 and was completed in December 1857 at a cost of £1,017087. The area of reservoir is 1300 acres and the greatest depth of water is 27 feet. Yan Yean Reservoir is the oldest water supply reservoir for the city of Melbourne.

The supply of water from YanYean owes its origin to the suggestion of Mr. James Blackburn, the city surveyor, who made the preliminary survey in 1850, and was the first consulting engineer.  James Blackburn was an English Civil Engineer and former London sanitary inspector who was transported to Tasmania as a convict following charges of embezzlement. After being pardoned, he came to Melbourne in 1849. Lieutenant-Governor Charles Joseph Latrobe showed great interest in the scheme which would end Melbourne’s drinking water dilemma. Yan Yean Reservoir was planned by Mr. James Blackburn under a board of Government commissioners, and the construction was begun in 1853, the first sod being turned by Lieut.-Governor Latrobe.in December, 1853. 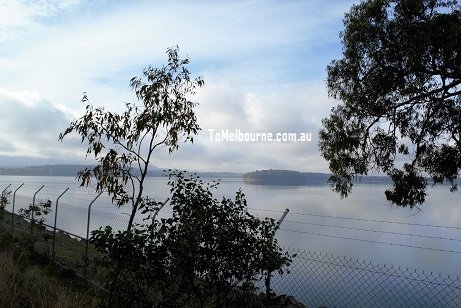 After its construction in 1857, the official description of the reservoir was as follows,

”The reservoir is an artificial lake with a surface of more than two square miles, storing about 6,400,000,000 gallons of water, which is obtained from a drainage area of about 45,000 acres, at an altitude of 595 feet above the city. The water is delivered by gravitation at high pressure, first to a smaller reservoir located at the suburb, ‘Reservoir’, which got its name from it and thence through a reticulation of the city and suburbs. It was formed by the building of an embankment 1053 yards long and 30 feet high across a dip between two hills, which gave outlet for the watershed of the district. The water was turned on by General McArthur, the Acting Governor, in December, 1857.” 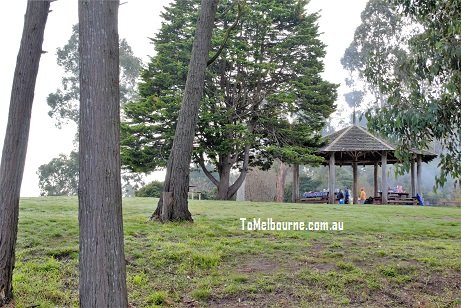 But soon after the construction, it was realised that the water from the Yan Yean reservoir was impure and it was suggested to use infiltration at all taps used for domestic use.

Here is a news item from Weekly Times published from Melbourne

POLLUTION OF THE YAN YEAN RESERVOIR.

A communication was read at the City Council weekly meeting on Monday, from the Central Board of Health, enclosing the copy of a report on the alleged pollution of the waters of Yan Yean reservoir from the drainage of the surrounding district. The result of the inquiry was that sewage or nightsoil in any shape do not find its way into the reservoir or channel leading there to but some of the water courses are liable to pollution from other causes. These causes are alleged to be attributable to the grazing of cattle, which hang about the water sources. In the centre of Whittlesea is Bruce’s Swamp, a ” black filthy place,” and in about the centre of the swamp the stream divides and a portion finds its way into the reservoir. The report says: — ” At present this creek barely runs and through its length it abounds in stagnant and half stagnant holes. When the rain does come enough filth and rotten matter will be swept down Bruce’s Creek to, poison the reservoir. The drainage of Hughes’ piggery, which is built close to the ‘creek, runs into it.

Measures were taken to improve the water quality in the 1880’s by bypassing the Plenty River and diverting water from Wallaby Creek and Silber creek, one of the tributaries of King Parrot Creek, both originating from the Great Dividing Range feeding the Goulburn River. The point where the weir is constructed is about 12 miles away from Whittlesea in a north easterly direction. This mountain water was captured in the Toorourrong Reservoir system, constructed in 1883–1885, and supplies water to Yan Yean via an aqueduct to this day.

Dogs are permitted on leash.

Good for a walk around

What can you do here?

If you are a history enthusiast like us, visit the bluestone valve house and Care taker’s cottage built in 1853.

Dogs are allowed on leash.

Can you walk around Yan Yean Reservoir?

There are walking tracks which allows you to enjoy the breathtaking beauty of the surroundings.

What does Yan Yean mean?

The name Yan Yean was derived from an Aboriginal language (Wurundjeri-baluk) meaning ‘Bachelor’. A boy maturing into adulthood were marked with ceremonies in aboriginal culture and it is believed the word also was associated with tribal rights bestowed upon a boy reaching manhood.

Can we fish at Yan Yean reservoir?

Fishing is not allowed here.