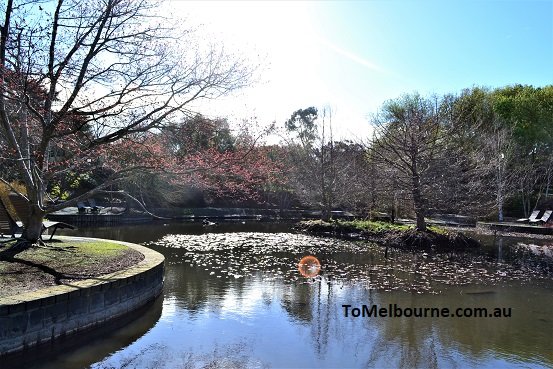 The 39 hectare, Wilson Botanic Park at Berwick is a beautiful garden with stunning lake views, tree lined walk ways and sweeping lawns. Berwick is located 46Km South East of Melbourne CBD. This was the traditional land of the Bunurong and Wurundjeri People. 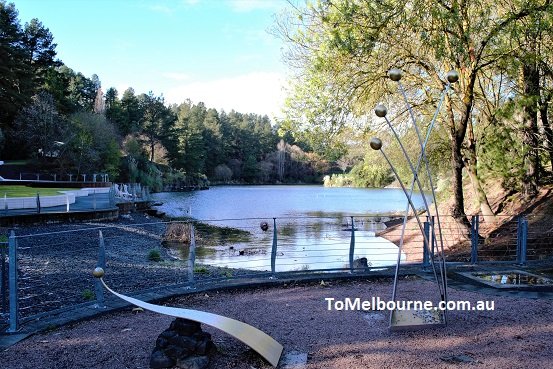 The site was originally a blue metal quarry from 1859 to 1976 and the two lakes at the Park, Anniversary Lake and Basalt Lake were formed at the quarry site.  The Eastern long necked Turtle are mostly found near the Anniversary lake. The site of Wilson Botanic Park being a gift from the Wilson family in 1973, the word ‘Park’ is retained as condition of the gift and ‘Botanic’ was added to the title in 1980. 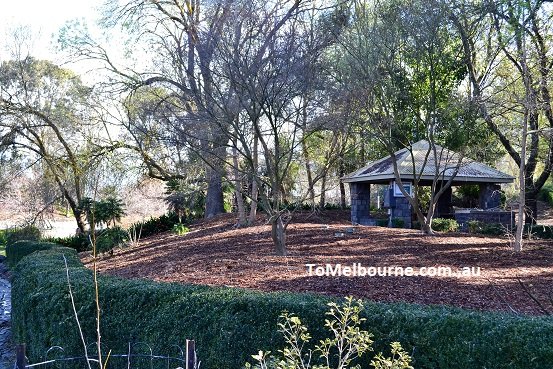 The park has many walkways and some of it are a little too steep for an average walker and one such walkway leads to Hoo Hoo lookout tower from where one can have extensive views of the suburbs around. 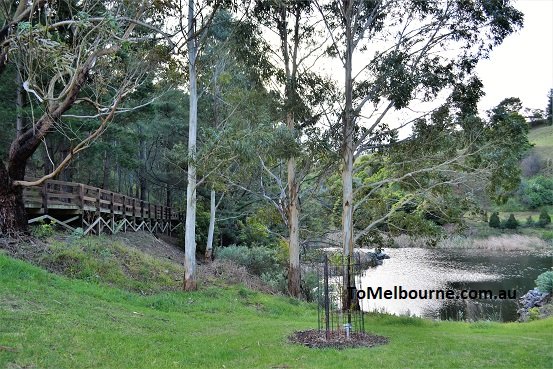 The park is also home to a unique fossil heritage. The fossilised vegetation found here includes fossilised eucalyptus and rainforest plants, leaves and pollens of flowering plants and conifers dating back to around 22 million years. From these fossils scientists have deduced evidence of prolonged drought periods and existence of a rainforest. 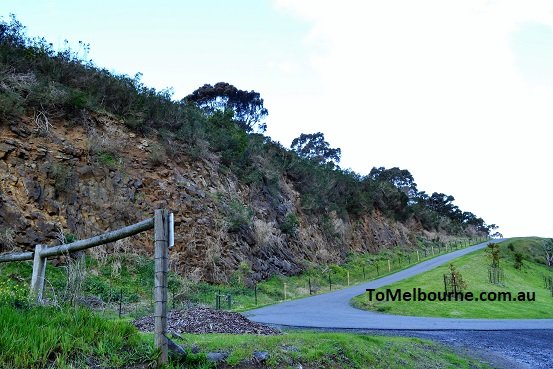 This is a much sought-after venue for Wedding ceremony and Wedding Photography. The park also has outdoor facilities for hire to organise concerts, theatrical productions and cultural events. Detailed information is available at the Casey Council website. A volunteer community group, “The Friends of Wilson Botanic Park “helps the council in the development and running of the park. 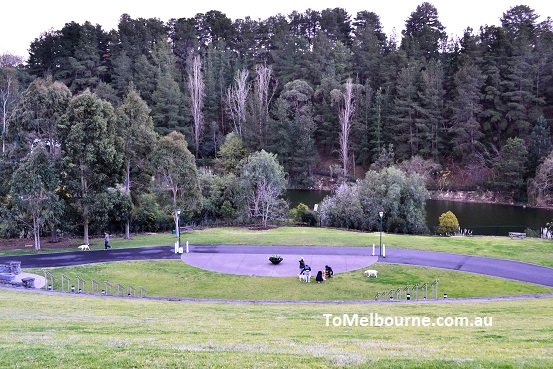 The land where the Botanic Park now stands was purchased by Wilson brothers, William and James in 1854 from the Crown. The purchased land was around 630 acres and the land was split between the brothers. A basalt quarry started operating from here from 1859 at the William Wilson’s land. Though the lessees changed over the years, the land was still held by the Wilson brothers.  Quarrying completely stopped by the middle of 1978.

Then owner of the land, George Wilson and his wife Faye, donated around 50acres of quarry land to the people of Berwick. They laid a condition to name the Park, Wilson Park in memory of their late father and grandfather. The council purchased adjacent land from members of the extended Wilson family. In 1988, work began to beautify the landscape and turn it into a botanic park. The 39-hectare park was officially opened in July 26th, 1992, by the Governor General Bill Hayden.

Park is open every day except Christmas day and Good Friday.

What you can do here: Wedding Photography, Wedding or Function Venue, Walking Trails, Enjoy the Park and Garden 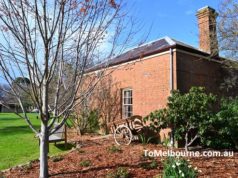