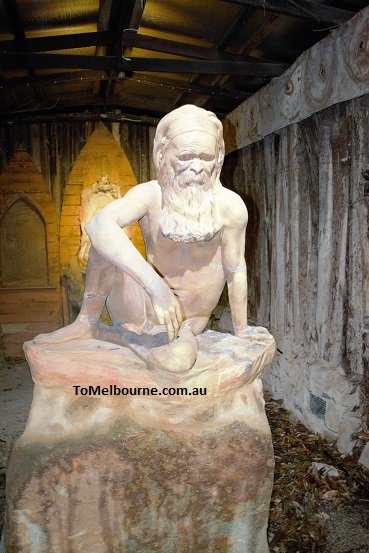 William Rickett sanctuary is a ten-hectare property of which 1.7 hectares containing an outdoor gallery featuring 92 ceramic sculptures of aboriginal people that perfectly merge with natural surroundings. It is a serene setting to experience tranquillity and beauty of nature at a point where spirituality meets art. 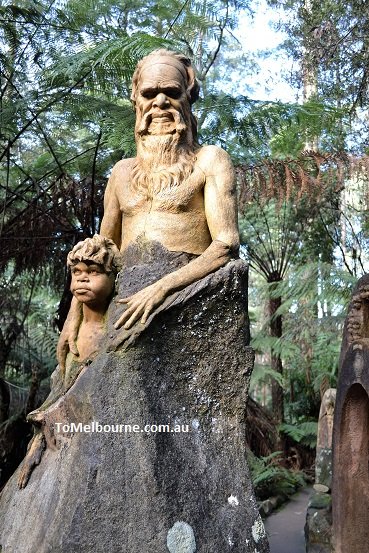 Born in Richmond in Victoria in 1898, William Rickett came to live in Mt Dandenong permanently in 1934, creating a sanctuary of clay art in natural settings.  He was a jeweller by trade and was never been trained in pottery. 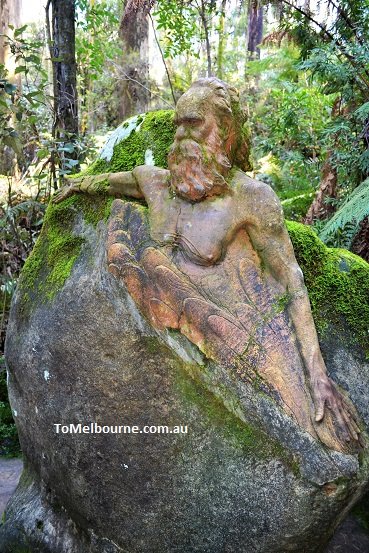 From 1949 to 1990 Rickett made frequent trips to live with the pitjantjajara and Arrernte Aboriginal people and their traditions and culture inspired his sculptures. He also travelled to India in 1970 and stayed there for two years mostly at the Sri Aurobindo Ashram spiritual center in Puducherry, William Rickett died in 1993 at the age of 95 and left a wonderful legacy for future generations. 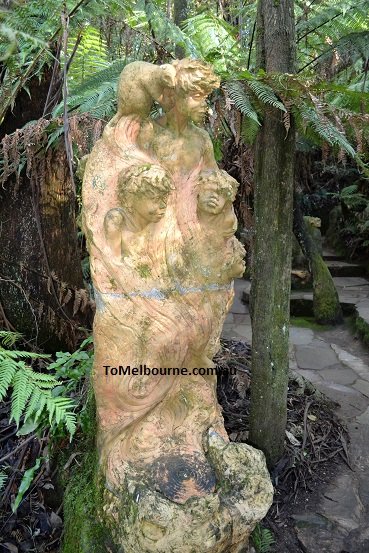 The Mountain Ash forests of Dandenong were the perfect place for William to create a sanctuary as it represented his principles of merging with nature. The Sculptures were made of Kiln fired clay in the onsite kiln and then placed in the forest scene. The sculptures woven through the forest setting express William’s philosophy that “everything in and on earth belonged to it, and that we and all living things are one life”.

The white ball clay used for the sculptures were quarried from Bendigo. The clay sculptures were perfectly merged onto the rocks to give the impression that they are part of the nature. Rickett employed a special technique to get that effect.  He made plaster cast of each rock, modelling the clay perfectly to fit its contours. The sculptures were fired in the electric kiln at 1200 degree Celsius. They were then fitted to the rock using a steel tripod with a block and tackle. William then used a cement render to join the works to the rocks and prevent moisture from entering the joints.

William Rickett’s Cottage at the Sanctuary

In 1934 William organised the purchase and the relocation of the house for which he paid 50 pounds. He arranged it to be brought to Melbourne’s inner western suburbs and assembled in his Mt Dandenong block, which became his home, known as Potters Sanctuary. The log cabin was very primitive and had no floor as William wanted.

In 1961 William signed over the title to the Crown and the forests commission assumed the responsibility for managing the sanctuary. 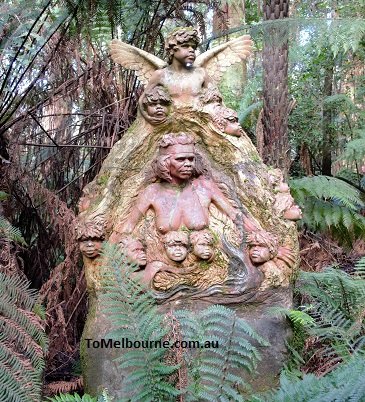 William continued to live in the cottage until 1962. When he went to India, the Victorian Government built him a new brick residence which incorporated a new Kiln and gallery area. This large electric Kiln enabled Rickett to make larger sculptures.  The fist kiln in the sanctuary was built in 1935. Rickett lived only in the kitchen and left the remaining areas mainly for use as gallery.

Victorian conservation trust took over the management from the Forests Commission in 1983.

William Rickett died on 10th June 1993. The Parks Victoria took over the management of the area in 1996.

A self-guided audio tour is available for hire from the visitor centre featuring recordings of William Rickett himself.

Opening Hours: Open Daily 10am to 4.30pm (except Christmas Day, days of Total Fire Ban or for major works).

Take Mt Dandenong bus (No. 688) from the Croydon Station to the William Ricketts Sanctuary bus stop 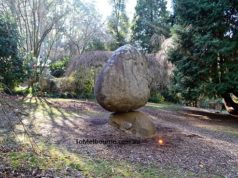 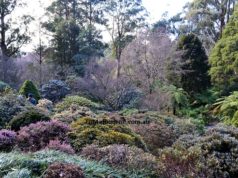 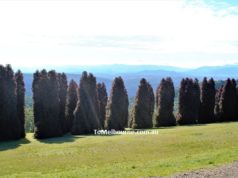