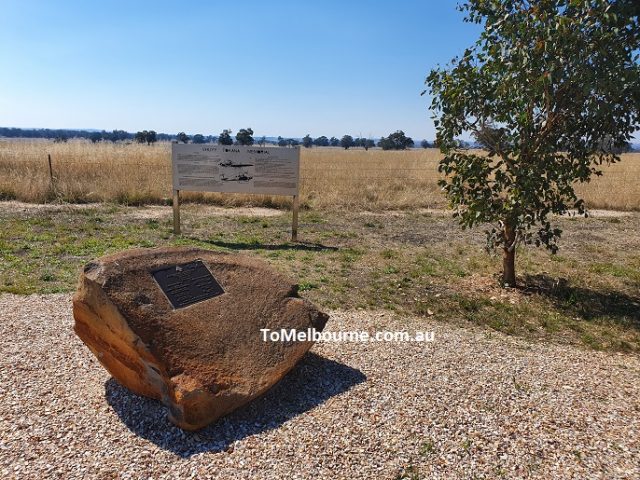 There is a memorial for VHUYY TOKANA mail flight that crashed at Spring Plains pastoral property in 1945, on the Burke and Wills Track near Mia Mia in Victoria, Australia. The memorial is situated few metres from the Flight monument which was erected to commemorate the first flight of an Australian built Airplane. The monument was erected on 31st January 2020 by Mia Mia and Redensdale Communities

On 31st January 1945 at approximately 8:15 am, the Australian National Airways mail plane VHUYY TOKANA was flying the daily route from Melbourne to Broken Hill, via Kerang and Mildura. 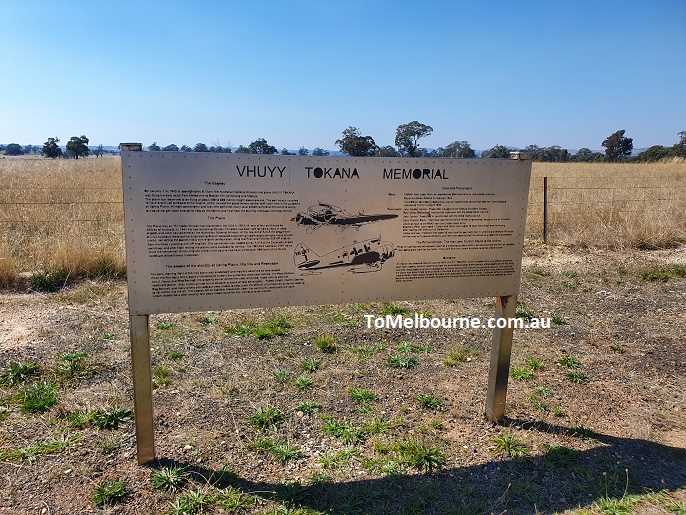 The plane was observed to be flying at about 300 to 600m high above ground. The port wing is reported to have broken off outboard of the engine which caused the plane to lose control and crash here in the paddocks of Spring Plains. All eight passengers and 2 crew perished. Many local people arrived at the scene to assist, but couldn’t get close enough to help as flames and heat from the burning wreckage were too intense. 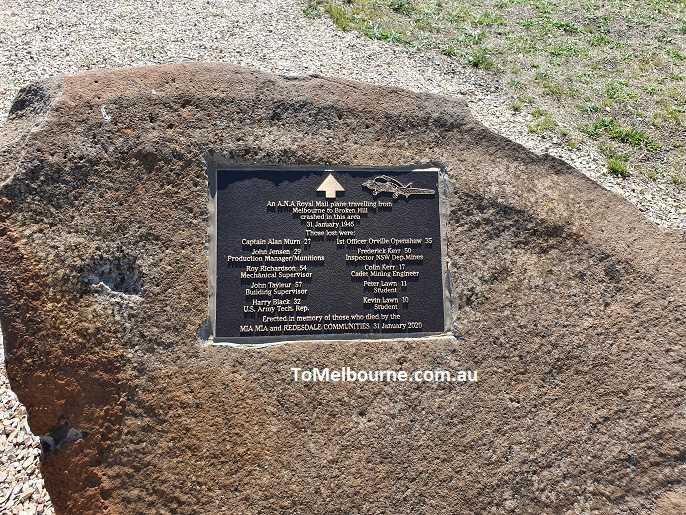 The plane is an ‘A’ model Stinson manufactured in USA in 1933-34, one of four purchased by Airlines Australia.  In 1943, the two remaining Stinson Trimotors had been idle for some years in need of parts and were now owned by the Australian National Airways. At the request of ANA, the Department of Civil Aviation’s Aeronautical Engineering Branch detailed engineering modifications to make these aircrafts useful, converting these planes into a twin-engine configuration using two Pratt and Whitney 550 HP Engines from the three Lycoming 235 HP Engines. The conversion was carried out by the ANA at the Essendon Airport Workshop, and after flight testing the planes were available for service. The Tokana had flown 2797 hours since the conversion to twin engines without mishap and had flown a little over 500 hours since its last Certificate Airworthiness Inspection.

The people of the districts of Spring Plains, Mia Mia and Redesdale

The early morning flight of the mail plane was predictable and regularly observed by the locals. When the first signs of the plane’s fate was evident, the authorities were soon alerted. The postmistress Miss S Govey and Reg Bennett, the property owner where the crash happened made calls to alert the Heathcote police. Stan Cullen arrived first to discover the scene of devastation. Rupert Knight, Clarrie Coombe, Reg Bennett and many others attended but were unable to help under the difficult circumstance as the flames leapt up to 10metres into the air. The tragedy left and indelible impression upon the community, particularly the youth whose recollections after 74 years made cause for this memorial to be created. 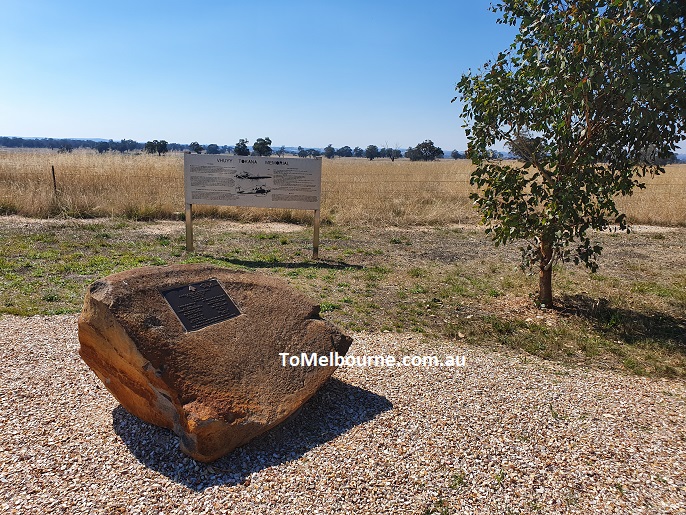 Harry Franklin Black: Technical representative of the Alison Engineering Company and an American citizen on loan to RAAF from United States Army

Father and son Frederick Kerr aged 50years and his son Collin Kerr 17 returning to Broken Hill where Mr Kerr was an inspector of mines and Collin was about to start his career as Cadet mining engineer.

The Prime Minister Hon John Curtin’s tribute to the Victims

That he had learned with deepest regret of a shocking accident which had cost Australia lives of valuable men doing great work for the nation. They were fine men, whom Australia could not afford to lose.

An enquiry was ordered into the crash of ANA VHUYY TOKANA, which included many eyewitness accounts, past flight reports, witness statement from associated aviation professionals and probably for the first time scientific metallurgical analysis investigation on of the airframe at the sites of the structural failures. The cause of the crash was determined to be a crack in the weld of a key structural component of the wing, which was further weakened by metal fatigue leading to a total and catastrophic failure of the wing. Testing of airframe components became standard practise thereafter to determine the safe structural life in Australia and was adopted by many other countries. 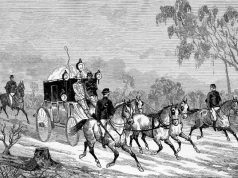