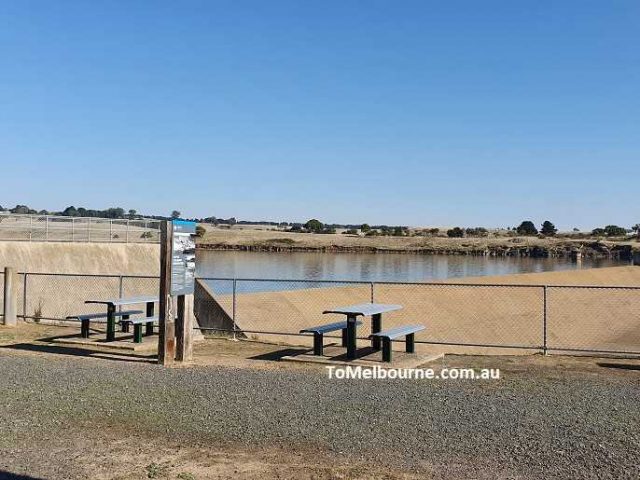 Situated 94km north west of Melbourne CBD near the country town of Tylden, The Upper Coliban Reservoir is part of the Coliban water system established to supply safe drinking water for surrounding communities. Recreational access to all Coliban River reservoirs including Lauriston, Malmsbury and Upper Coliban are allowed for the health and wellbeing of the visitors. Coliban water owns and manages the reservoir and the land around Upper Coliban Reservoir. The Coliban River is a tributary river of the Campaspe River within the Murray-Darling Basin. Coliban River was originally named as Bernard River by Major Thomas Mitchell. The name was later changed to Coliban by early settlers after misreading Major Mitchell’s early recording of the aboriginal name, ‘Cobaw’. 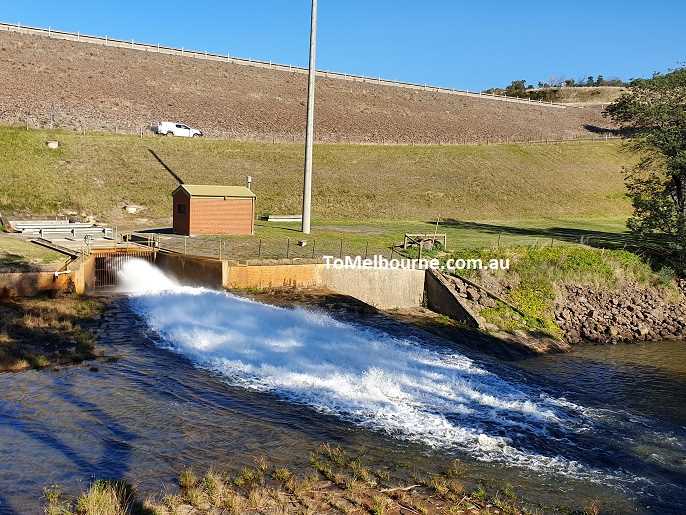 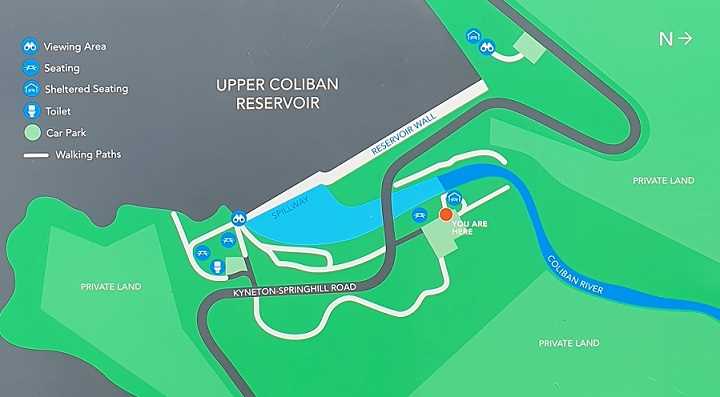 In 2020, the existing track leading into the water for launching boats has been converted to a 40-metre-long boat ramp made of crushed rock which would l enable launching down to 60 per cent water storage capacity. 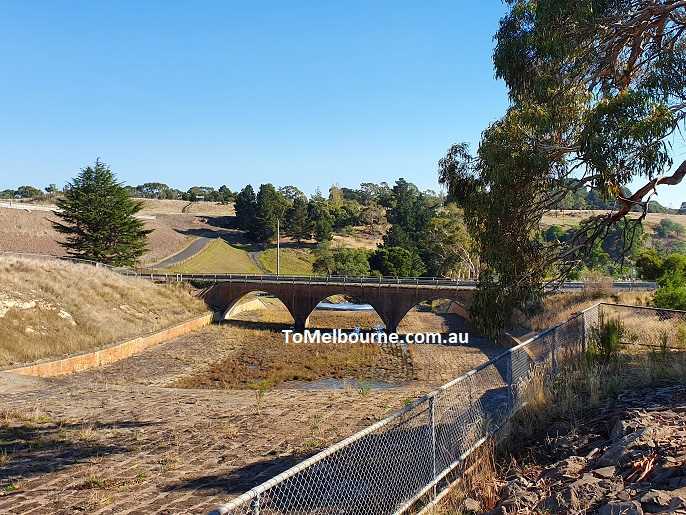 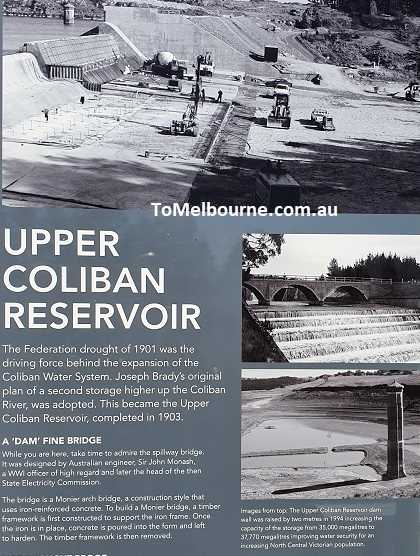 The federation drought of 1901 was the driving force behind the expansion of the Coliban River system. Joseph Brady’s original plan of a second storage higher up the Coliban river was adopted. This became the Upper Coliban Reservoir, completed in 1903.

The spillway bridge was designed by Australian Engineer, Sir John Monash, a WW1 Officer of high regard and later the head of the then State Electricity Commission. 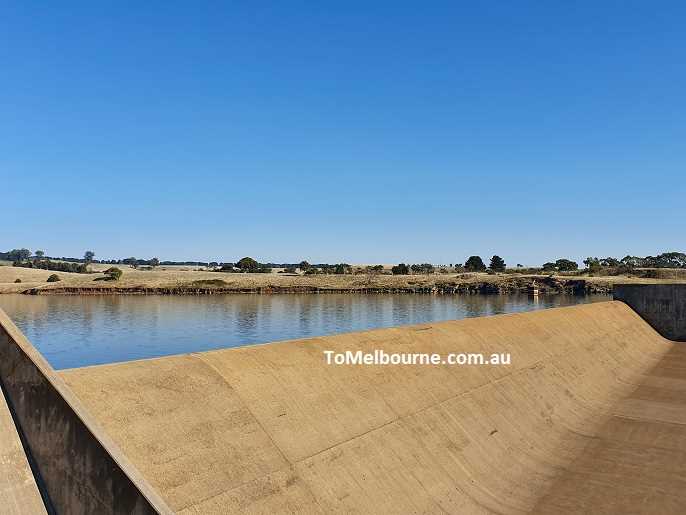 The Upper Coliban Reservoir is a significant step in the Coliban Water System. With addition to the embarkments and spillways, the last being in 1994, it has grown in capacity to 37,770 megalitres. It is however not drought proof and tends to drain earlier in times of water shortage. May 2008 saw the storage almost completely emptied. 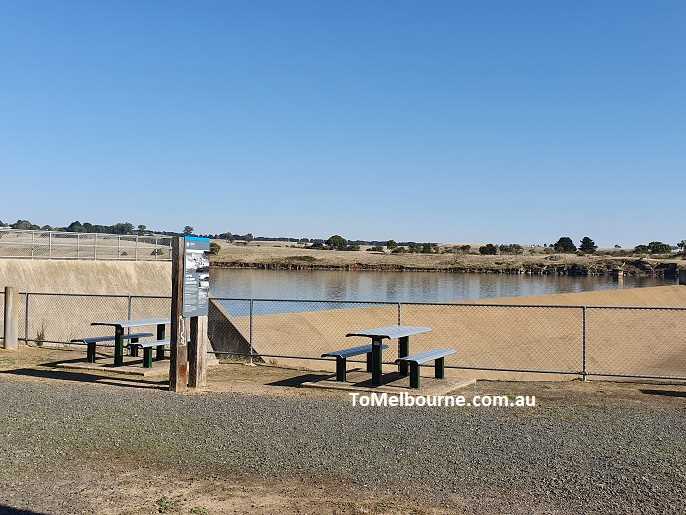 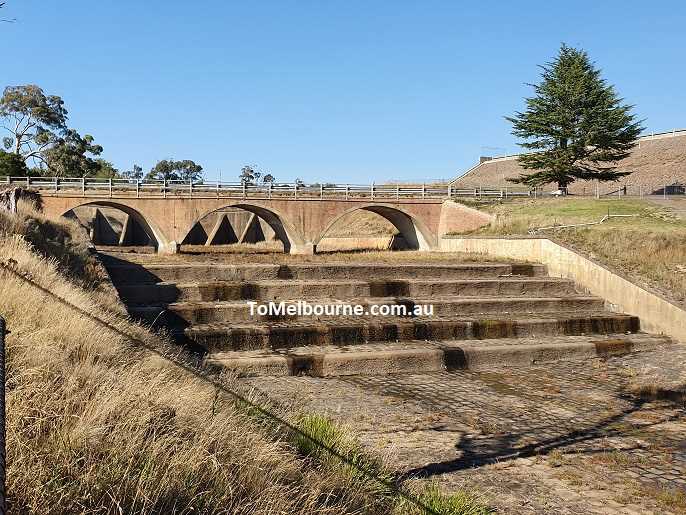 The lure of gold in the 1950’s saw the biggest gold rush this country has ever seen. In the north of the state, thousands crowded Bendigo Creek , panning for gold and polluting the creek. The same water was used for drinking, cooking and washing. It wasn’t long before the creek was slogged with sludge. A reliable, clean water supply had to be found fast.

The job of planning Bendigo’s first water scheme was given to Irish Engineer Joseph Brady. Brady estimated eight small reservoirs would be needed to service Bendigo – six for mining and two for domestic supply.

The first reservoir was built at Bendigo’s Golden Square in 1859. Investors had hoped to pay for it with Gold mined at the site. Unfortunately, there was so little alluvial gold left, and the water was so polluted that this reservoir was soon abandoned.

The No 7 reservoir was built at Big Hill in 1861, was more successful. Finally, Bendigo had water – but not enough. So, Brady looked south to the Coliban River, and proposed another enterprising solution. 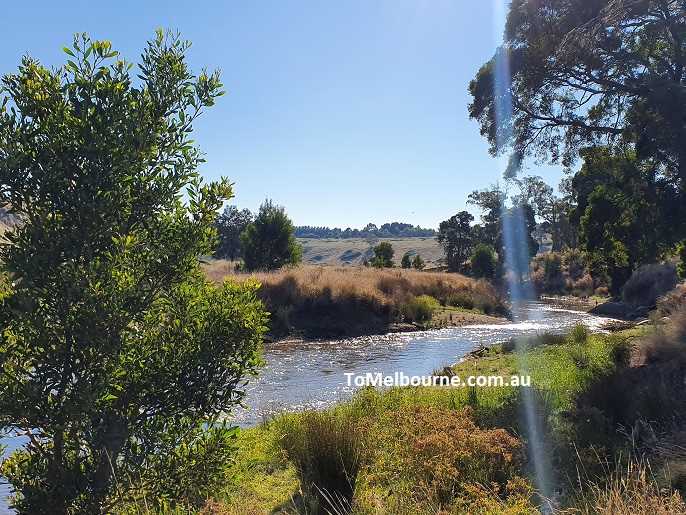 Joseph Brady’s solution was simple but ambitious. A large earthen dam would be built across Coliban River, just upstream from Malmsbury. Water from Reservoir would be diverted along a gravity fed channel to the thirsty gold towns of Castlemaine and Bendigo.

Brandy’s system included 70km of open water channels, aqueducts, syphons, and tunnels. It was an expensive scheme, and the Government was reluctant to built it, however minds were changed with the great drought of 1865.

Work on Malmsbury reservoir began and by 1874 water flowed to Castlemaine. Three years later in November 1877, Bendigo finally had a reliable water supply.

Fishing licences can be purchased at

What is permitted at the reservoir?

Kayak, canoe or small portable craft (car-topper) are permitted to use. Beware of submerged trees and hazards.

On watercraft has to be carried to the water’s edge and must be no larger than 12 foot. Boats cannot be dragged or launched from a car or a trailer.

Access to water is allowed one hour after sunrise until one hour before sunset and only two persons per craft allowed.

Stay only in the permitted water areas.

Dog on leash allowed. Dogs should not enter the waterbody and any faeces deposited by the dog need to be picked up and removed.

Fishing is permitted from both shoreline and on water.

Picnics and BBQ are permitted at designated areas.

What is not allowed

No fuel powered crafts or inflatables without Australian builders’ plates allowed on water.

No camping and no lighting fires

The flora and fauna here is protected so no removal of heritage items or flora or fauna from here is allowed. 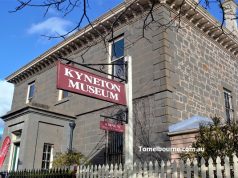