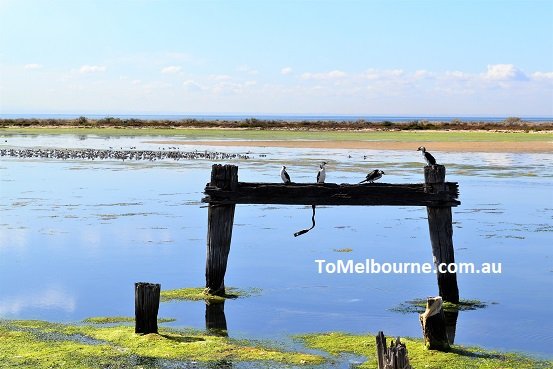 Located along Altona and Altona Meadows, Truganina Coastal Parklands were formed by transforming former industrial areas, landfill sites, and swamps. The parklands of nearly 300 hectares are situated just 15km from the Melbourne City centre, making it one of the largest areas near the city focused on conservation and recreation.

This reclaimed former landfill site is now a joggers and cyclists paradise and the park cover around 25 hectares of open grass land. The key attraction of the park is the 17 metres high mount, which can be reached by 100 steps and known by the name “100 Steps of Federation”. The High mount is the highest point between Melbourne and You Yangs Mountain Ranges, and one can have a panoramic view of the Melbourne City, Port Phillip Bay and Surrounding wetlands. Since there are no big trees or large man-made structures, it gives an impression that we are standing at the centre of the universe, while here.  At the top of the mount is a sculpture named Time Beacon created by Cameron Robbins. The 100 steps of Federation were officially opened on 23rd November 2001 by former Prime Minister of Australia Julia Gillard (Gillard was MP for Lalor)

Once an Explosive reserve, it had made a change over to a recreational facility frequented by joggers and cyclists over the years.

Truganina Explosive reserve was established in 1901 to store construction explosives before they were shipped around Australia, Papua, New Zealand and Pacific regions. The explosives were stocked up into bunkers with a big build up of earth areas around them to contain the effects of an explosion and were mainly used for Road building, mining, quarrying and dam building. 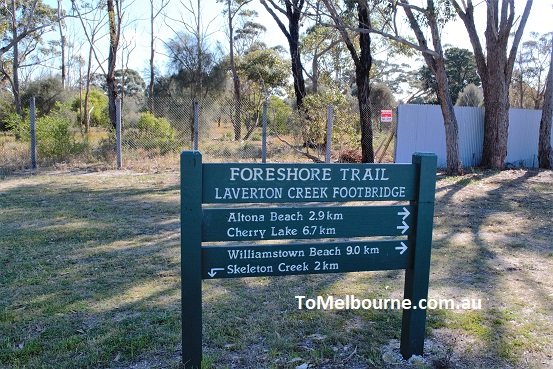 The land was swapped by George Thomas Chirnside with the Victorian Government in 1896, for establishing an explosive reserve. The explosives were manufactured at the Deer Park factory. By the 1950’s Altona’s population has sky rocketed and there was a need to move the facility somewhere else to ensure the safety of the locals. After the facility was closed, the Government sold off most of the land except for 16 hectares, which was transferred to State Occupational Health and Safety Authority for the testing, demonstration and destruction of dangerous items. In 1976, .8 hectares were transferred to Environment Protection Authority. By 1999 both the land were back to Government hands. 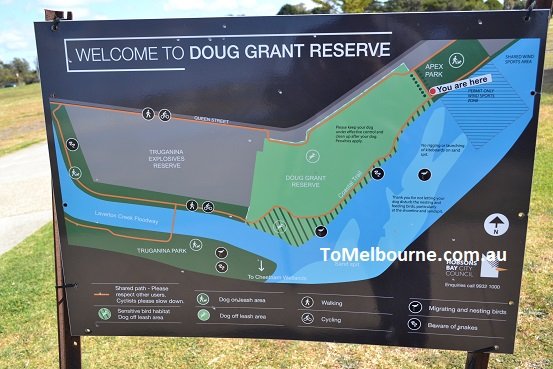 This area contains one of the most important wetland systems in Australia. The explosive reserve creates a vital linking open space between Point Gellibrand and Point Cook Coastal Park. The reserve also has Swamp Mahagony gums, River Red Gums and original flora of the Western Basalt Plains. In 1995 Government declared this as a surplus land and made plans to sell it off but public lobbying against it resulted in a rethink and in June 2000, took measures to create a recreational parkland here.

Historically the swap had no defined outlet to the bay and it terminated near the footbridge. The Swamp is fed mainly by water from Laverton Creek. The Laverton creek arises around 19 km north of here and flows into Port Phillip Bay just beyond the wooden foot bridge. During the 1960’s the creek was widened to help prevent flooding. The wetlands are important habitat for many bird species.

What is it good for?

Here is one of the best trails for cycling. It is safer for Children due to the long visibility of Cycling tracks.

Good spot for Picnicking. Apex park has a good children’s play ground and the bird life in the swamp will interest children (Must be accompanied by adults all time). Apex park also has BBQ Facility, drinking water and toilets.

Future plans for the park include adventure playground, climbing wall and nature trails.

Most areas in the park are Dog off leash areas (That is a real huge area) . But care must be taken not to allow them to go in the water without a leash to save the bird habitats.

Truganina Park is managed by the Hobsons Bay City Council.

There are many entry points to the park. Andrew Park Drive,  Maidstone Street, Altona or from Bell Avenue 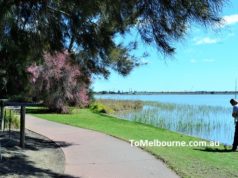 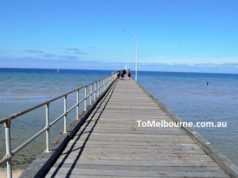 Altona Pier and the Beach 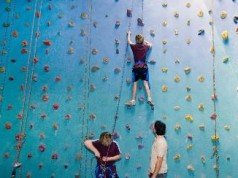