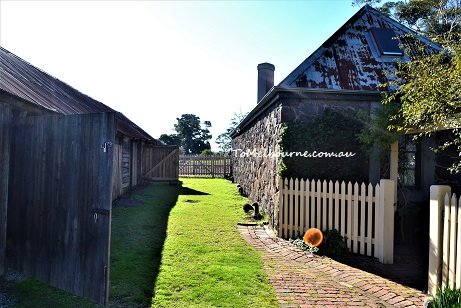 Located within the suburbs of Thomastown and Lalor, the historic dairy farming settlement of Westgarthtown was established by German and Wendish immigrants. Many of its buildings still survive in good condition. The Ziebell’s Farm House, Lutheran Cemetery and Lutheran Church have been restored by the City of Whittlesea and is open for public viewing on every second Sunday of the month.This small remaining area of the settlement is now known as “Thomastown Pioneer Precinct”.

During the 19th Century 5 Million people left Germany, with over 5000 arriving in Australia between 1838 and 1850.  Westgarthtown was the first German settlement in Victoria, and was initiated by William Westgarth, a Melbourne merchant. Westgarth had observed the industry, frugality, sobriety and general good conduct of Germans in South Australia and actively encouraged prospective immigrants to settle in Melbourne.

The Pribislaw, the ship which arrived in Melbourne on 2 February 1850, brought half the original Germans and Wends who settled at Westgarthtown. In March 1850, William Westgarth and Captain John Stanley Carr, an Irishman of 25 years’ residence in Germany, purchased Section 25, Parish of Keelbundoora, 16 kilometres north of Melbourne. He bought the land for the German migrants as at that time only naturalised non – British subjects could own land in Australia.   The area at that time was known as Keelbundoora after the parish in which it was located. The newly arrived German immigrants bought the land from William Westgarth after they became naturalised and earned enough money to buy it.

Another German ship called Dockenhueden arrived in Melbourne even before Pribislaw on 22nd April 1849 and bought 99 passengers to Melbourne and sailed for Adelaide on 3rd May with 27 passengers. There is no list available of the passengers that remained in Melbourne and little known about their subsequent doings. It is believed that some of them later joined the Westgarthtown settlement.

At first their language and culture set Westgarthtown pioneers apart from other settlers. 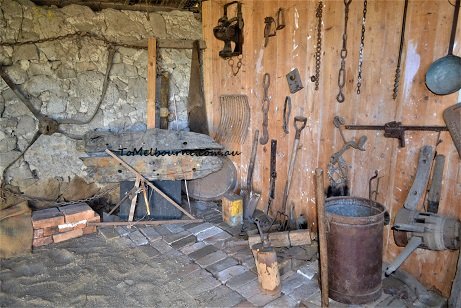 Ziebell’s Farm was the largest in Westgarthtown and includes the oldest building remaining from the original German settlement and was at the heart of their 102-acre farm. Known as the Pines, it was the home of Christian and Sophia Ziebell and their eight adult children. The Ziebell family arrived in Victoria in 1850 following the promotion of William Westgarth. 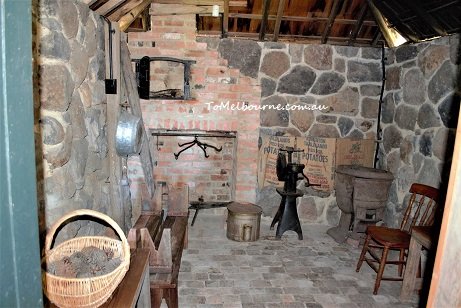 The house was built between 1851 and 1856, and is a typical German farm house. The 61cm thick walls are made of stones dug from surrounding paddocks. Like other houses in the settlement, the roof has a steep pitch which enabled a spacious upper level attic. The walls on the east and south of the courtyard are rendered with lime mortar. The location of a farm building close to the road is typical of a German Village. Descendants of Christian and Sophia lived in the farm house until the 1970s . The city of Whittlesea purchased the property in 1993 for the benefit of future generations.

This is the oldest operating Lutheran Church in Australia and was at the centre of the original 640 acre Westgarthtown settlement.

For over a century the church was central to Westgarthtown’s activities. After establishing farms, the pioneers turned their attention to building the Church and the school. Before the church was built the religious services were conducted in the houses and the barns. The Church was built by professional stonemasons. It was opened by Pastor Goethe on 1856. The floors and ceilings are imported softwood. Services at the church are held at 2:30pm on alternate Sunday. Visitors are welcome here.

Thomastown Lutheran Cemetery is one of Victoria’s rarest graveyards. A drystone wall surrounds it with Monterey Pines and Italian Cypresses over 100 years old. The first interment at the Cemetery took place in October 1850. The oldest surviving memorial dates from 1867. While most headstones are marble, one plain wooden memorial from 1870 has survived in the Wuchatsch family plot. Early burial records do not exist, but a cemetery sketch plan on panel behind the old church altar shows 14 family plots. The graves are randomly placed although all face east. There are over 125 known burials in the site.

Today the Cemetery remains open for the burial of descendants of those original settlers and members of the Lutheran Congregation. The original settler families donated land for the Church, School and Cemetery and these founding families were allocated a burial plot. The Cemetery is maintained by the City of Whittlesea.

Opening Hours: Every Sunday 11.30am to 3pm and Every Tuesday 9am to 3pm

Guided tours can be organised for groups of ten or more people. German language trails are available for students. Morning/ afternoon tea and / lunch can also be provided.

For further enquiries and booking 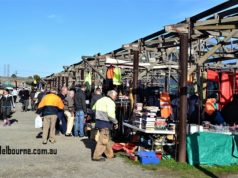