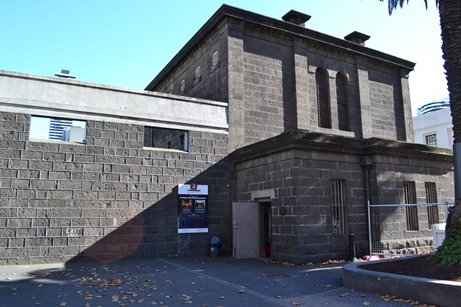 History of the The Old Melbourne Gaol

The first Gaol in Melbourne was built in Collin Street in the 1840. Due to insufficient space, a second gaol was built, adjoining the then Supreme court at the corner of Russel and La Trobe Streets. This building was demolished when the Magistrate’s Court Complex was built.

The building which is today known as the Old Melbourne Gaol, was built during the period of 1852 -54 (stage 1) based on the designs of British Prison Engineer Joshua Jebb. The blue stone from Footscray and Sandstone from Geelong were used. The Old Melbourne Gaol accepted the first consignment of prisoners on 1st January 1854.In the first consignment there were 59 males and nine females and there were no segregation of sexes. Women had been held at the Old Melbourne Gaol from 1842 but were not kept apart from the male prisoners until the Female Ward was built 20 years later. Further extensions were made on the building in later years.

In 1879 a review of the penal system recommended that the gaol be closed and the prisoners be moved to a more ‘suitable’ location. In 1929 the Gaol was finally closed. The Women’s cell block and other buildings were demolished after that.

In World War II , the complex was reopened for a short time and used as a military detention centre. Later the Gaol was used as a storage depot for the Victorian Police force. 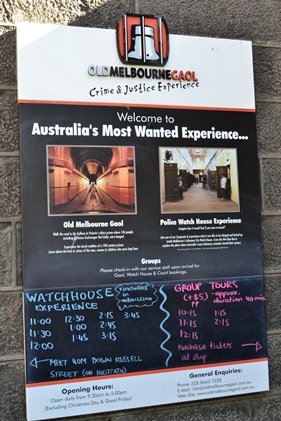 The Gaol held some of Australia’s most notorious criminals and the infamous ones include bush ranger Ned Kelly and serial killer Frederick Bailey Deeming. Ned Kelly was hanged on 11th November 1880. Kelly’s armour and death masks are displayed at the Gaol. There were around 136 executions conducted at the Gaol. Elizabeth Scott was the first woman hanged in Victoria – at the Old Melbourne Gaol on 11 November 1863. The Gaol also features a number of death masks once used for the Phrenological study of hanged felons. 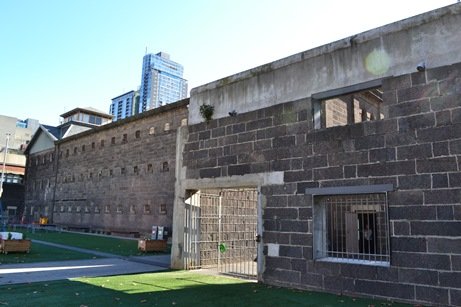 After the Gaol ceased the operations, parts of it were incorporated into RMIT University and the rest became a museum. The national trust listed the building on its heritage register on 1957 and in 1970 re opened as a penal museum.

How to reach The Old Melbourne Gaol

Tram no. 30 along La Trobe Street.

It is 2 minutes’ walk from Melbourne Central Station