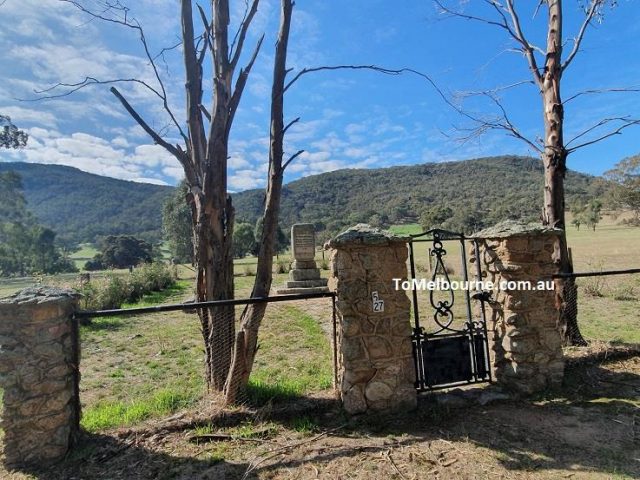 Nearly 13km drive through a gravel road from the historic Victorian town of Euroa takes to Forlonge Memorial, a monument dedicated to the determination of Elizabeth Forlonge. This gravel road is less travelled, frequented only by history enthusiasts and locals. The memorial is at the foot of Strathbogie Ranges and stands in front of the grave of Elizabeth Forlonge. The monument is made of granite taken from an outcrop on the ranges and shaped into a form representing a woolpack on a stepped base. The front inscription on the stone reads, ‘’ In memory of Mrs John Forlonge with her sister-in-law Mrs Janet Templeton imported the first fine wool sheep to Victoria     1835’’. This should also be treated as a monument for a mother’s love for her children. 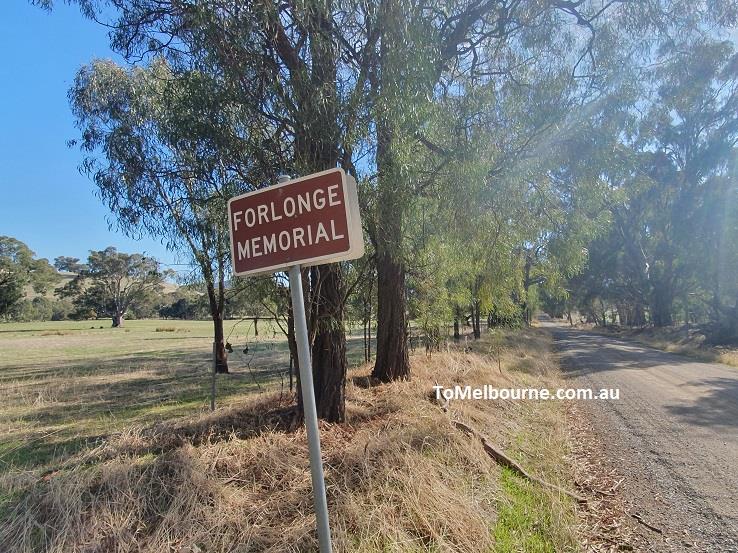 Elizabeth was born in Glasgow, Scotland, on 21 October 1784 and married John Forlonge in 1804. She lost four of her six children to tuberculosis.  The two surviving sons were William Forlonge and Andrew Forlonge. When her son William showed early signs of Tuberculosis, doctors recommended a warmer climate. Desperate to save her remaining children from death spell, the mother in her was willing to take desperate measures. Sir Thomas Brisbane who recently returned home after a term as Governor of the Colony of New South Wales was a family friend of Forlonges. From him Eliza came to know about the land grant system in Australia.  On advice of Colonial Secretary William Huskisson, who was also the first man in the world to die in a train accident, it was decided that before migrating, the boys should be trained in the management of sheep and fine wool from Leipzig in Germany.  Leipzig on those years were a centre of great wool houses. The training took nearly four years after which Eliza set out with them on foot to find suitable flock for taking to Australia. Fine wool from Merino sheep in Saxony, Germany was bringing the highest prices. Between1828 to 1830, they purchased their flock from Saxony in Germany by taking every care to ensure the quality. Upon payment they banded the sheep’s necks and sealed the fastening in such a way that no exchange could be possible. Then the problem was to get them to the coast and to England. The little bands of shepherds might have been a queer sight with their valuable flock making for Hamburg, they were frequently looked upon with suspicion. At every village they were detained and frequently asked to prove their bona fides. Despite all the setbacks they arrived at Hamburg and crossed to Hull with their precious charges and drove their sheep across country to Liverpool. 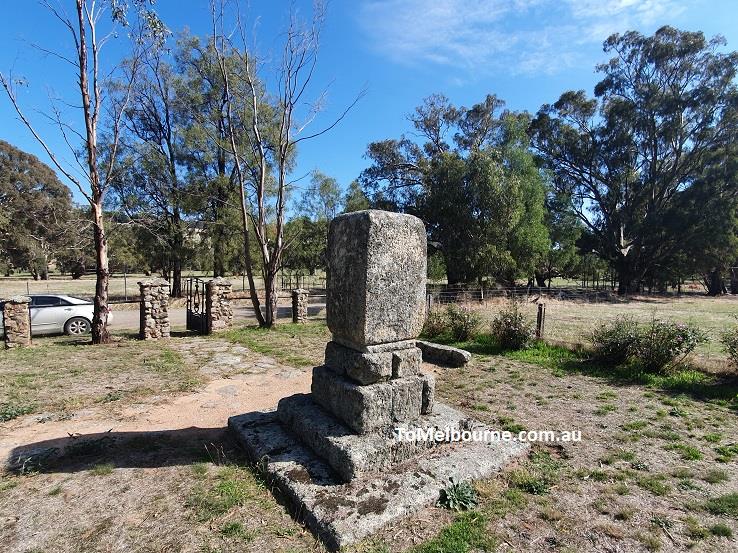 The flock they brought to England was snapped up by W.E. Perry who was deeply interested in wool trade and persuaded Eliza to sell them to him at a considerable profit. Encouraged by this success they went back to Saxony to collect another flock.

William set sail for Sydney and when the vessel called in at Hobart, the sheep was inspected by Colonel Arthur, who was the Governor of Van Diemen’s Land. He persuaded William to land there and placed at his disposal a grant of 2600 acres of land. After getting a positive report from William, the family selected another flock to be taken to Australia.

On Monday 24th January 1831, The Launceston Advertiser advertised the arrival of the Brig, ‘Czar’; The list of passengers included were John and Eliza Forlonge, their son Andrew, Mrs Janet Templeton and numerous members of her family. 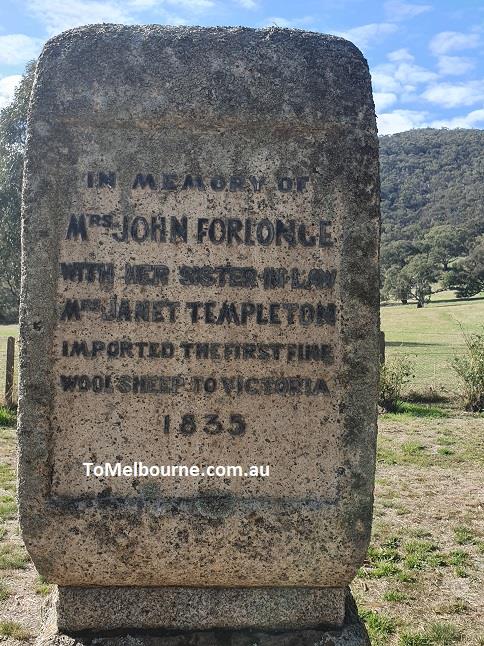 They established a farm called Winton at Kirklands near Campbell Town. Andrew took the sheep to Sydney and lodged an application for land grant which was refused, so returned to Van Diemen’s Land and remained there for some time.

William became interested in partnership with three others in squatting at Glenelg. A little later, William exchanged his land at Glenelg with Andrew for his share in Port Phillip. With neither venture successful, Andrew left for America.

The Forlonge family’s land holdings at Euroa district alone totalled 300,000 acres stretching from Violet Town to Avenel, mostly established under the old system of pre-emptive rights. A year or two later William Forlonge left for England and until he returned Eliza was left virtually in charge of the great Seven Creeks Estate.

Eliza died on 5 August 1859. As a result of her courage and determination, fine wool industry had begun in Victoria and Tasmania. The introduction of Merino Sheep from Saxony was highly beneficial to Victoria as it set the foundations of sheep breeding industry here. 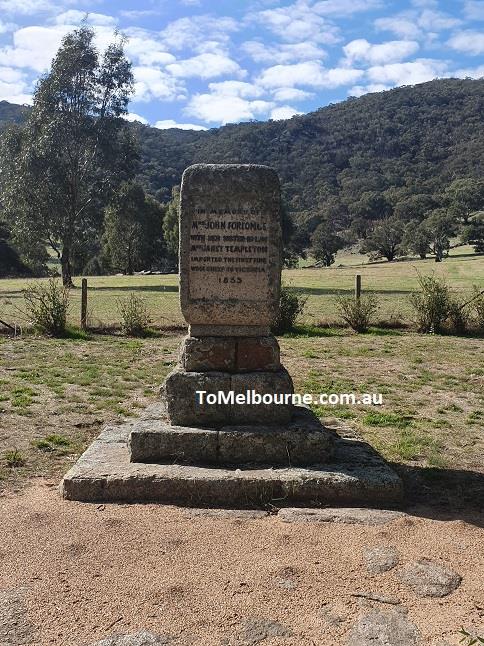 In December 1951, Walkabout Magazine published an article named, ‘Seven Creeks’ written by John Bechervaise, explaining the circumstances that lead to the establishment of a monument for the pioneer merino sheep woman. Berchervaise writes,

‘’The Forlonges have long left the Seven Creek. Then Mr and Mrs Ian Currie came to the ridge between the Seven Creeks and Castle Creek and surveyed the Tawny earth surrounding the old homestead. Appropriately enough Mr Currie concerned himself with a memorial to the founders. Old records were examined, and the history emerged. A rather poignant letter from an elderly Melbourne lawyer was addressed to him in the 1925 concerning the proposed memorial to Mrs John Forlonge. It read,

‘’Touching the matters mentioned ……… and as to the consent of relatives I sent you the following:

The diseased Mrs John Forlonge has no (other) relatives living. Her son Andrew (My uncle) died in 1898 unmarried. Her son William (My father) died in 1890 – his wife, my mother died in 1882. William had nine children, who had all died except me. I am being the sole surviving relative. As regard the question of consent to a tablet or tombstone being erected in memory of Mrs John Forlonge or any other course being adopted that you may think appropriate, I can only say, you have my entire consent. ‘’

On 17th December 1932 this appeal for funds appeared on ‘The Argus’ titled ‘’FORLONGE-TEMPLETON MEMORIAL’’.

‘’TO THE EDITOR OF THE ARGUS

Sir, permit me to make a final appeal to woolgrowers on behalf of the Forlonge-Templeton memorial. Of the £100 required so far only slightly more than £70 has been subscribed, which, to say the least, is disappointing when it is realised that in Victoria there are 27,000 woolgrowers. Large individual subscriptions have not been asked for, the committee hoping that the amount required would be spread over a large number of subscribers. As it is desired to close the fund before Christmas, I earnestly appeal to the many thousands who so far have been silent to assist in subscribing the small sum of about £26 required to perpetuate for all time the memory of the women who did so much for the establishment of fine wool in Victoria.

Without this monument, one of Victoria’s most important pioneer women would have been disappeared into the unknown pages of Victoria’s history. 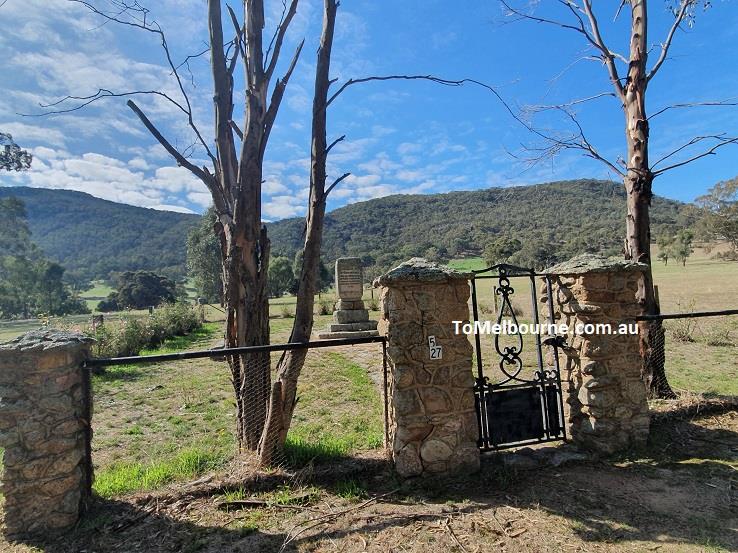