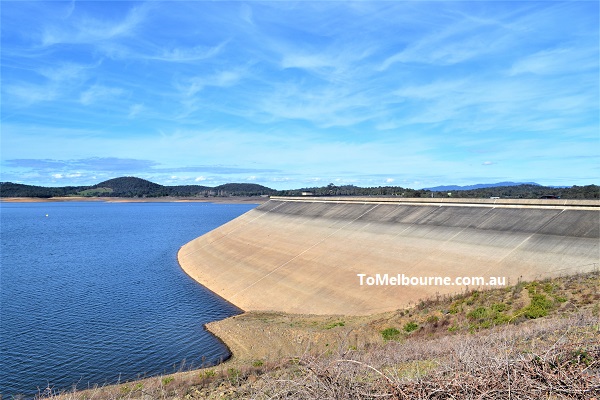 Sugarloaf reservoir is situated 35km north east of Melbourne CBD at the Christmas Hills. Christmas Hills got its name from a convict and shepherd, David Christmas, who became lost in 1842, on a 640-acre grazing lease in the area and found many days later wandering at a rise. The mount was named after him. This 440-hectare reservoir has a total water capacity of 96,000 megalitres 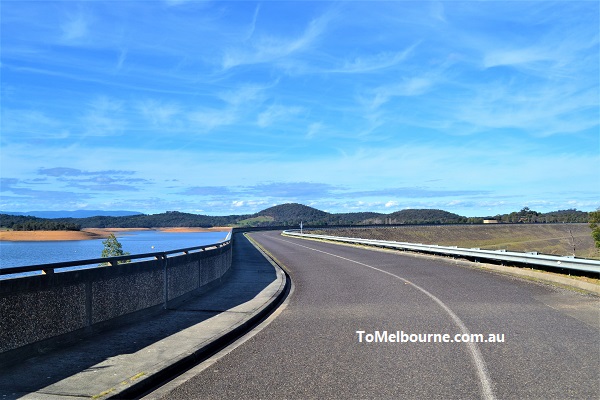 The reservoir was completed in 1981 and it includes a pumping station and a water treatment plant. The reservoir is mainly filled with water pumped from the Yarra River at Yering Gorge and water transferred from Maroondah Reservoir via the Maroondah aqueduct. In 2010, North South pipeline completed connecting the reservoir to Goulburn river. But Goulburn water will only be used if the storages at the reservoir falls below 30% on 30th November of any year. The reservoir is operated by Melbourne water. The water at the reservoir is treated at the Winneke Water Treatment plant, before distribution to end user. Due to high number of Vineyards in Yarra Valley, the level of pesticides in Sugarloaf water is considered to be high. 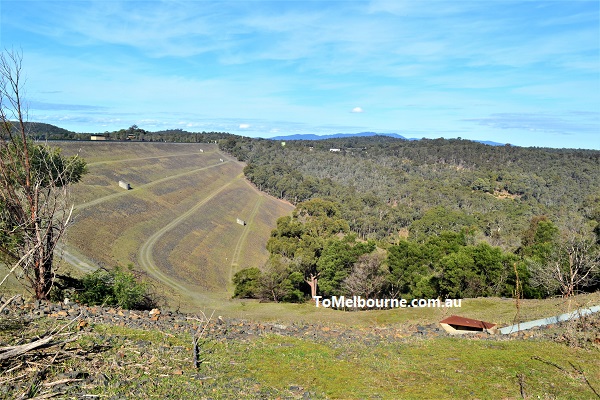 The Sugarloaf park was opened in 1982 and is managed by Parks Victoria. The reservoir and the park that surrounds it are popular for activities like sailing, fishing, walking and picnicking. During Summer, the park is frequented by large number of people on weekends.

There is a 15km walking track, with moderate difficulty to walk, that circumnavigates the reservoir, which may take around 4.5 hours to complete. This can be accessed from Ridge picnic area or Saddle Dam picnic area. The circuit follows the waterline for most part. 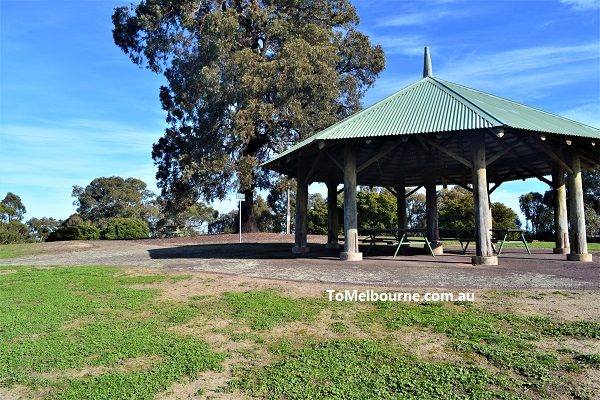 Situated at the northern edge of the reservoir park, has limited accessible facilities compared to Saddle dam picnic area. There are many pavilions built here for picnickers. Electric BBQ’s, picnic tables and toilet facilities are provided.

This has a large covered picnic shelter with individual bays and tables. Toilet facilities and car park close by.

There is a car park here and it provides good view of the reservoir. The designated fishing area is located at the northern end of the lookout.

It is located near the Saddle Dam picnic area. There are no facilities here. The views are similar to what we find at Saddle dam picnic area.

Launching facilities are available at Sugarloaf Sailing and Boating Club on Sundays and public holidays for a small fee. Sugarloaf Sailing Club Inc is a not for profit organisation. A sailing area of approximately 4.5 km by 2.5 km is available. Training classes are also available. Web: https://www.sailsugarloaf.com 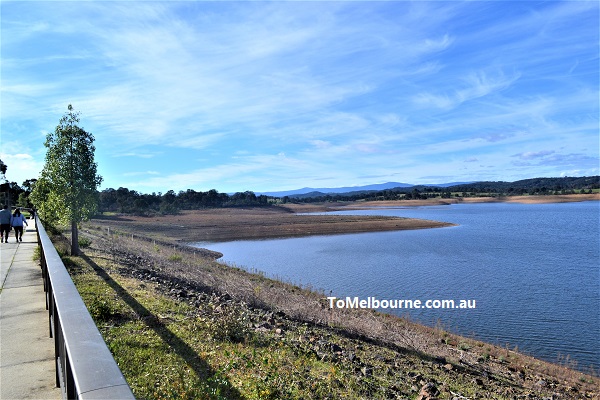 Allowed to use only lures or artificial bait, understandably this being drinking water for Melbourne. No worms, maggots or bait fish from anywhere else are allowed. Rainbow and brown trout, redfin, roach and European carp can be caught  all year round.

This park is also good for seeing wildlife especially the main walking tracks. It is home to a variety of animals including grey kangaroos, echidnas, koalas, and black tail wallabies.

The park is open every day of the year. Gates open at 8.30am and close at 5.00pm daily and 7.00pm during daylight saving. 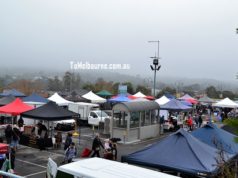 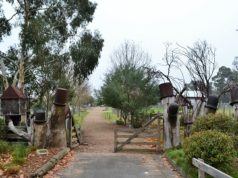 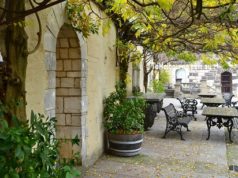