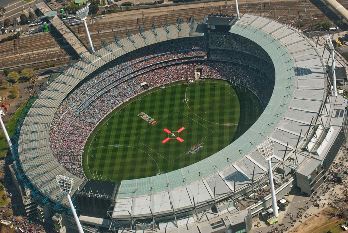 Melbourne’s reputation as the sporting capital of Australia is undisputable. The City and its people are obsessed with sport, whether it is cricket, footy or riding the waves at Melbourne’s famous beaches, it is a sports mad city. From Australian Open to Grand Prix to Grand Final, the event calendar is full all around the year. In 2010, the city was named “World’s Ultimate Sports City” for the third time in a row by SportAccord and SportBusiness.

These magnificent major sporting events inject the much needed dollars into our economy. It also showcases Melbourne as a city of higher excellence internationally.

Below is a list of sporting events in Melbourne this year.