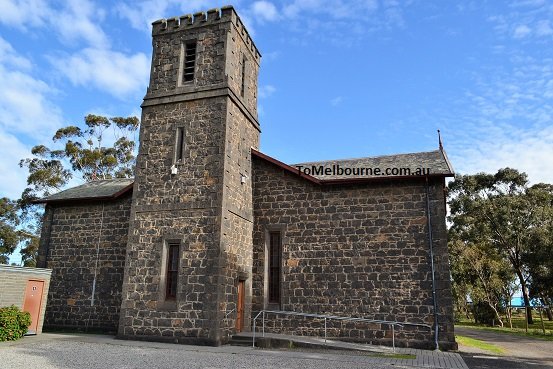 Scots Church at Campbellfield is one of the oldest churches in Victoria. This blue stone building with a square belfry was built in 1855. 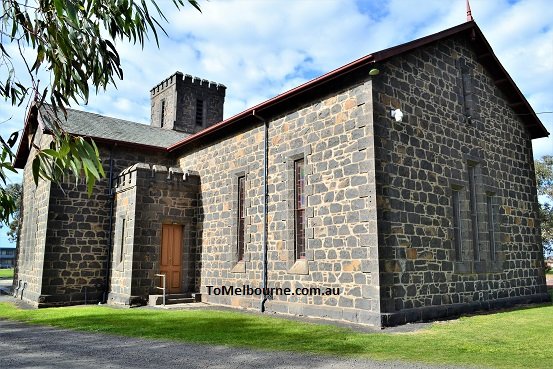 In 1841 three Presbyterian ministers were sent to Melbourne by Colonial Committee of the Church of Scotland – Revs. Alexander Laurie, Peter Gunn and Thomas Mowbray. They arrived in Melbourne on 28th January 1842. Laurie proceeded to Port land. Rev. Mowbray went to Campbellfield where he opened a Church on five acres of land offered by Mr Niel Campbell, after whom Campbellfield was named. The first church building was of roughly hewn logs with a shingle roof and was opened on 8th May 1842.

Mr Peter Gunn was given a roving commission to preach in Gaelic to the Highlanders who were scattered around the state and he travelled on horseback from Melbourne to the Murray for some years eventually settling in Heidelberg. 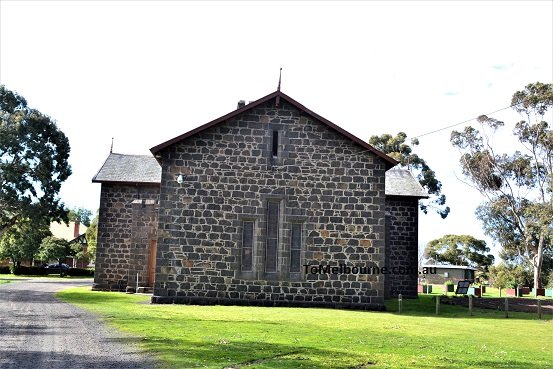 Rev Mowbray went to Queensland in 1844 and Peter Gunn was called into become a minister at the Campbellfield Church. The stone building completed in 1855 was erected through the efforts of Reverend Peter Gun. It was modelled on the church at Tacher Scotland, where Peter Gun preached his first sermon. During the construction, Peter Gunn acted as a foreman of works and majority of the labour used was voluntary. The Church bell was a gift from the people of Caithness in Scotland, who also sent a substantial donation for the Church building. 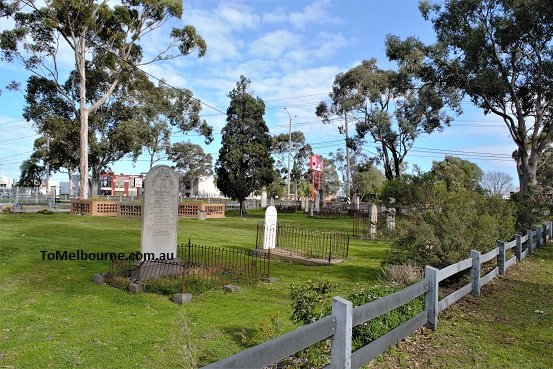 The bluestones for the church was quarried from a site near Falkner Cemetery.  A manse was built in 1850 and both the buildings were designed by architect, Charles Laing. Charles Laing notable for his typical modest and unsophisticated style of design was also behind the design of the first Free Presbyterian church in Swanston Street built in 1847. In 1908 a new brick manse was constructed to replace the earlier one which had fallen into disrepair.

“The church was the centre of religious life for miles round. Communion Sunday solemn in observance that was had all the religious characteristics of a pilgrimage. From far distance some members of the congregation arrived at the manse in bullock wagons on Saturday Night. Every available corner was filled with beds until the guests left on Monday Morning.” This shows how popular the church was among the early settlers from Scotland in Melbourne.

The burial ground in the churchyard was established in 1844. It is a private Presbyterian burial ground containing the graves of many of the district’s first settlers of Scottish origin.

For discussion forum on Scots Church Campbellfield Click the link Below. https://tomelbourne.com.au/forums/topic/scots-church-at-campbellfield/