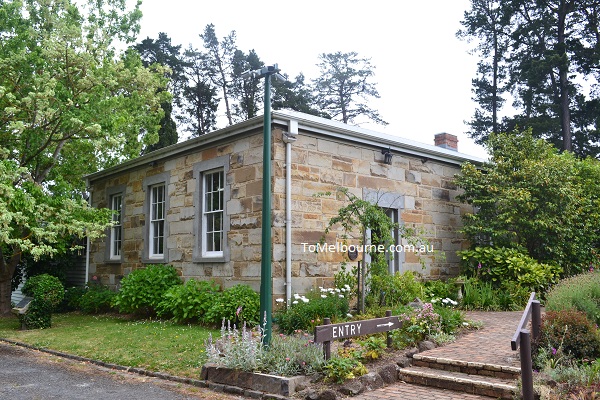 Schramms Cottage was built as the home of Max and Kate Schramm in 1874 and was originally located in Doncaster Road, near the present council offices. The cottage was relocated in the 1970’s to its current location at Rieschiecks Reserve to facilitate the widening of Doncaster Road. After reconstruction, it was opened to public on 14 February 1976. The current site was the location of the original Lutheran Church. Schramms Cottage was the last rebuilt building in Victoria to retain its National Trust classification. The site is maintained by the Doncaster Templestowe Historical Society. 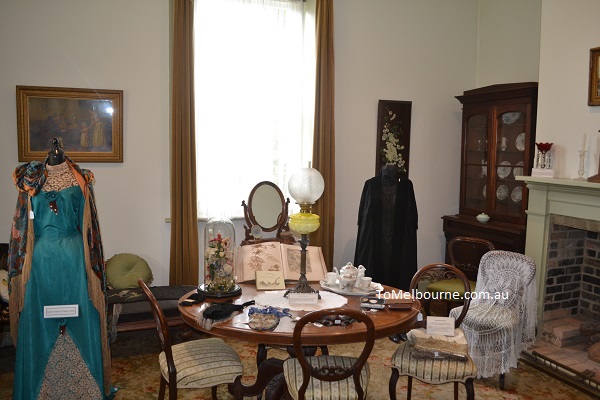 Mr Max Von Schramm born in Silesia emigrated to NSW in 1851 and moved to Melbourne in 1852. He operated a ferry service at Port Phillip Bay and later moved to Doncaster in the 1860’s to teach school children at the Lutheran School, built in 1864 on Doncaster Hill. The settlers being unable to match the Board of Education grant to build a bigger school, the old school was sold to the newly established education department. It became a Common School, following the Education Act in 1872. The Common school became State School No. 197 in 1876. Schramm erected the cottage at his own expense as schoolhouse and residence and Schramm conducted a private school at Schramm’s Cottage until 1884. He was ordinated as a Lutheran Pastor in 1876 and served until 1907.

Max von Schramm died in 1908 and his widow Kate continued living at the cottage for another twenty years. The Cottage was leased for a few years and then later sold. In 1955, the council purchased the property and twenty acres surrounding it. The cottage became a temporary drawing office for the Engineers Department.

Templestowe Historical Society was formed in 1967 and was given permissive occupancy of Schramms Cottage.

In the 1970’s when the Doncaster Road was widened, the cottage was moved to the land donated by Trinity Lutheran Church. The new premises were the site of the old Lutheran church and cemetery. This was the place where Max Schramm conducted his first school. The relocation work was mainly carried out by volunteers and took place between 1971 to 1975.

The Rieschiecks Reserve where the Cottage is located was part of an orchard run by Finger family from 1870 to 1960. When Schramm’s Cottage was reconstructed at the site Finger’s Barn was also reconstructed in order to establish the museum.

This is a pioneer orchard cottage from the 1870s built of second-hand materials. The weatherboard and floorboards are from a ship on the India run. One room in the cottage is devoted to a display of clothing and dressmaking items of the past. (Information courtesy: Cottage Brochure). Ben Atkins built this in the 1860s at Newmans Road in Templestowe. It was relocated and officially opened here in 1991.

The Finger Barn and the implement sheds contain items of machinery used on local orchards.

This cemetery is the remains of the First Wattle and Daub Lutheran Church built on the site in 1858.

A replica of the first electrical Tram run between Boxhill and Doncaster between 14th October 1889 to 6th January 1896 is located at the complex along with parts of the original track of the tramline found when excavating Tram Road in Doncaster.