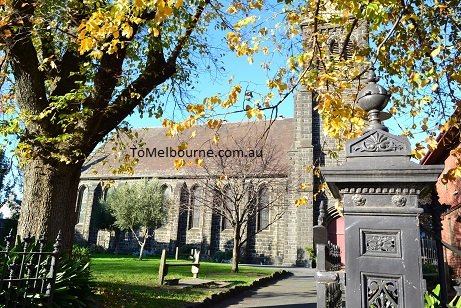 Built in the Gothic Revival Style, Saint Mark’s Church in Fitzroy was the first bluestone church constructed outside the Melbourne CBD. The foundation stone for the church was laid on 1st of July 1853, on separation day by Charles Perry, Bishop of Melbourne. The building proceeded steadily after the laying of the foundation until the eight heavy principals of roof had been elevated into position. On 17th September 1854, during an extraordinary gale wind they were blown down and dashed into fragments.  The Church was opened for worship on 21st January 1855. Initially the church was known as “St Mark’s, Collingwood”. A sum of £15150 was expended on the church for construction by 1859, though the original budget for construction was a fallacious £2000. £2000 was received out of state aid grand and the remaining was raised by voluntary efforts or borrowed. 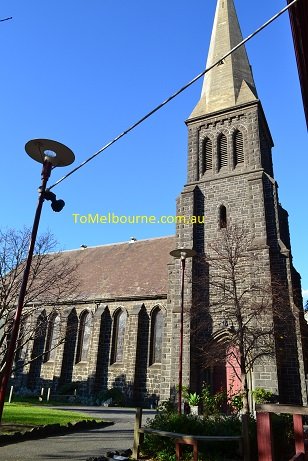 Noted architect James Blackburn was the original architect but he died before the church was completed. Yorkshire born architect, Leonard Terry supervised the construction of the bluestone stairs and the  gallery in 1865 and Charles Webb added the tower and spire in 1874.

The church has undergone major renovation in the 1990’s. In 1973 a daily Mass commenced when Fr Michael King became the Vicar and adopted a modern expression of Anglo-Catholic worship. Today the modern Anglo-Catholic form of worship continues with a fine musical program which is integrated with the ritual and text of the Mass. 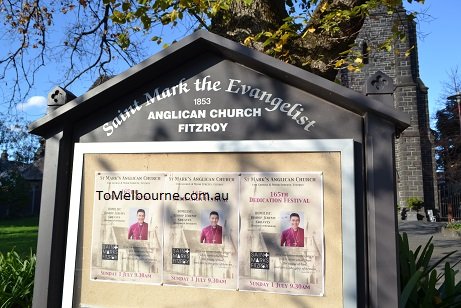 The current organ in the church was obtained from St Luke’s Church, Cowley in Oxfordshire, England following the closure of that church. The organ was built by Harrison& Harrison of Durham and was rebuilt after acquisition by builder Peter Jewkes  at a cost of $200,000 to the church. 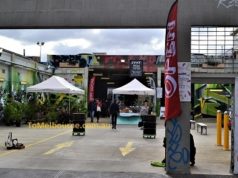 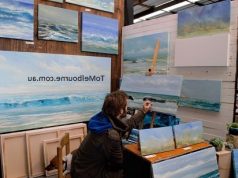 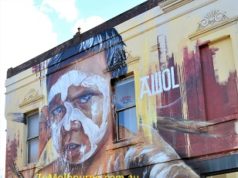 The Street Art of Fitzroy