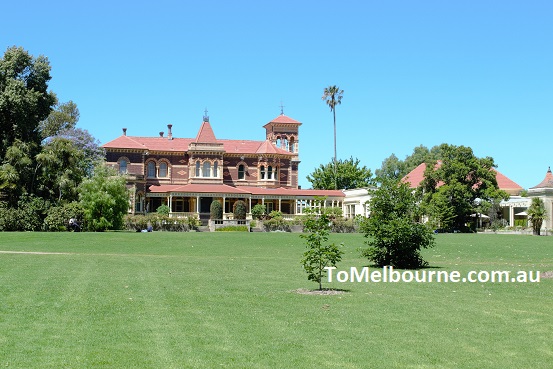 Rippon Lea estate is one of Victoria’s finest historic properties and the first to achieve National Heritage Listing. The estate is open for events, exhibitions and also serves as a wedding venue. The Gardens are open to the public with an entry fee. The local council has plans to allow the residents of Glen Eira free access to the gardens at Rippon Lea Estate for three years on a trial basis starting from 2019. The property’s 150th anniversary was celebrated in 2018. The estate attracts around 100,000 visitors a year. 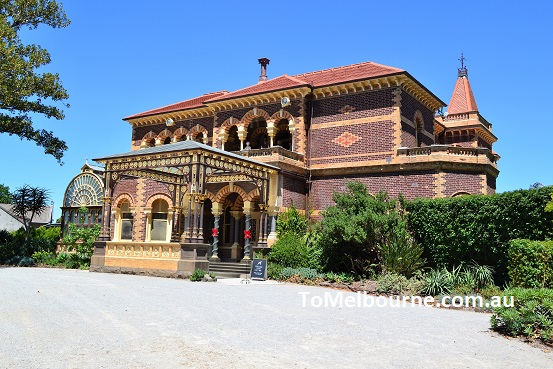 The History of Rippon Lea Estate

Sir Frederick Thomas Sargood was an Australian politician, who served as a Minister of Defence and Education in the Government of Victoria and a Senator in the Australian Senate from 1901–03. He made his initial wealth working at his father’s soft good business. In 1868 Sargood purchased 11.3 hectares of land in Elsternwick and began the construction of the mansion. Rippon Lea was designed by the leading firm of architects, Reed and Barnes. The house was named after his mother’s maiden name ‘Rippon’ and ‘Lea’ means borough. He planted an extensive pleasure garden, orchard and vegetable garden. Originally the mansion had 15 rooms, but later it was extended to 33 rooms by Sargood. After the construction, Sargood moved to the mansion with his first wife Marian and their nine children. The original garden was redesigned in the 1880s under gardener Adam Anderson.  Rippon Lea was one of the first in Australia to be lit by electricity, produced by its own generators.

On 2 January 1903, Sargood died while on holiday in New Zealand. The Mansion was eventually sold by Mrs Sargood to a consortium lead by the Premier of Victoria, Sir Thomas Bent. The consortium had plans to demolish the house and subdivide the land. Though Thomas Bent owned the property until 1911, he never lived there. Thomas Bent subdivided Rippon Lea with an exemption of 22 acres which stayed with the mansion.  When Bent died in 1909, Rippon Lea was sold to Benjamin Nathan. Benjamin Nathan purchased the property for £11,000. Nathan made his wealth as co-founder of the Australia-wide Maples furniture and music store chain. The Nathan family moved to Rippon Lea in 1910. Nathan’s daughter, Mrs Louisa Jones inherited the property in 1935. The property was valued for probate at £33,000.

Louisa redecorated the house in the Hollywood style adding a grand ballroom and a swimming pool. In preparation for the 1956 Olympic Games in Melbourne, Australian Broadcasting Corporation made a compulsory acquisition of sections of the estate land.

In 1974, the estate was opened to public. It was added to the Australian National Heritage List on 11 August 2006.

What is there at the Estate for the Visitors?

The Gate house at the entry point has a tea shop, nursery and a gifts shop. At designated times, guided tours of the mansion are offered for visitors. The conservatory has a collection of exotic plants on display.

The basement kitchen original from the 1880’s with the old-fashioned utensils and equipment’s are also open for the visitors.  The Coach house near the stables houses old style carriages.

The orchard at the estate has around 100 trees and the windmill nearby was set up by Sargood as a part of the irrigation program.

The Fernery is the largest covered fernery in Southern Hemisphere.

The archery hut at the lawns, served as a meeting place for Sargood’s archery club.

The lake can be crossed with a rustic cast iron bridge. The lookout tower comes after the bridge. Frederick Sargood used the lookout tower to see his ships arrive in Melbourne.

Mansion entry is only at designated times.

There is an entry fee except