Railway Bridge over Riddells Creek on the Melbourne – Bendigo line was considered as one of the best built Railway Bridges in the Western world. in the 1860’s. It is a single span, semicircular arched stone structure, carrying double track over Riddells Creek. Its history is closely related to the history of Victorian Railways.

In February 1853, The Melbourne, Mount Alexander and Murray River Railway Company received the Parliamentary assent to build railway from Melbourne to Williamstown, Bendigo and Echuca. The first survey for the Melbourne- Bendigo Line was undertook by the company in the same year.  But the company was unable to raise funds which prompted a Government takeover of the company in 1856. Then Governor of Victoria Sir Charles Hotham in 1855 suggested that Victoria could build railway using borrowed capital from London Bond Market. Royal Engineer Andrew Clarke who was the Surveyor-General and nominated member of the Victorian Legislative Council, negotiated with the Melbourne, Mount Alexander and Murray River Railway Company to sell the line to the government for £68,100. The sale was finalised on 23rd May 1856 and The Victorian Railways Department became the Victorian Railways under a Board of Commissioner in 1883. 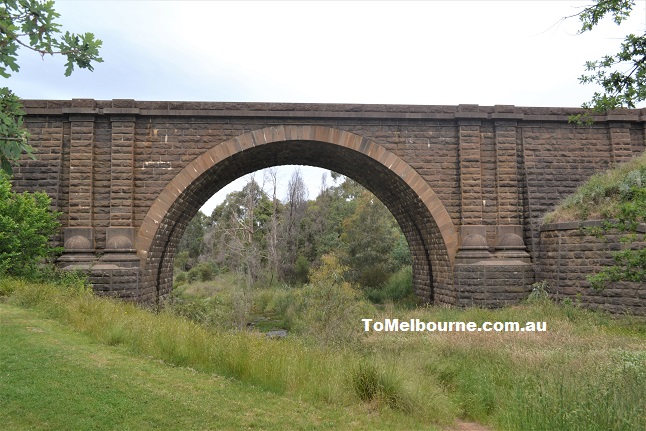 A new Government Surveys for the Bendigo railway line was conducted in 1856. The original survey was altered to include Sunbury, Lancefield, and Romsey.

George Christian Darbyshire was appointed Engineer-in-Chief on 1 April 1856 and his first assigned task was to design and construct the Bendigo line. Later George Darbyshire was replaced by Thomas Higinbotham.

The railway contracting company Cornish and Bruce which was awarded the contract for Bendigo line employed more than 2000 men and one of the largest labour camps were in Riddells Creek.  Most of the labourers were migrants who came to settle in Australia and stayed in the camp with their families. There was a necessity for an school for the children. A Church and School were erected for the worker families in Riddells Creek. In 1859, after the survey of the Riddells Creek township, when land sales began many of these lots were taken up by the railway workers.

The line that passes through Riddells Creek has two arched bridges constructed of Bluestone. The one which carries the railway over the public Road was known as the Cattle Arch and was sometimes called Dry Arch. The arch that is constructed over the Riddles Creek and has a much larger span. The Riddells Creek Railway Bridge was designed by William Edward Bryson. The stonemasons worked on the bridge were John Don, William Yeaman, Robert Bodkin, Charles Robinson, J.J Whittaker and Charles Stewart. Quarries were opened near the Bridge working site and bluestones were carted from there.

Sunbury to Woodend line was opened on 8th July 1861. The line was completed to Bendigo in 1862 and Echuca in 1864. The Bendigo line was officially opened on 20 October 1862 by the Governor of Victoria Sir Henry Barkly. 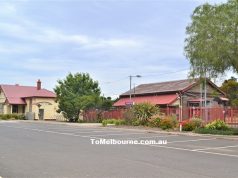 Riddells Creek now and its history