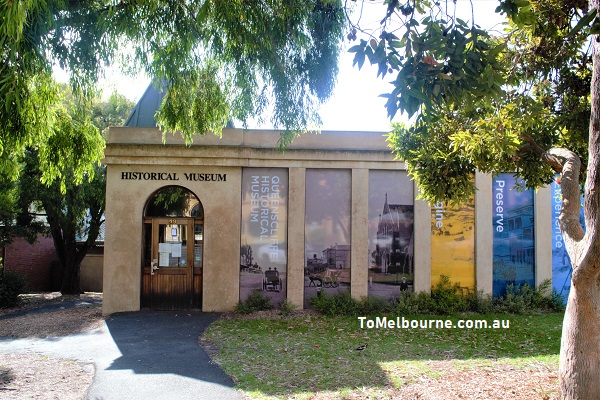 Governor of Victoria, Her Excellency the Honourable Linda Dessau AM, unveiled a sculpture of Lieutenant-Governor Charles La Trobe at the Museum compound on Saturday 5 March 2016. The Plaque beneath the bust reads, 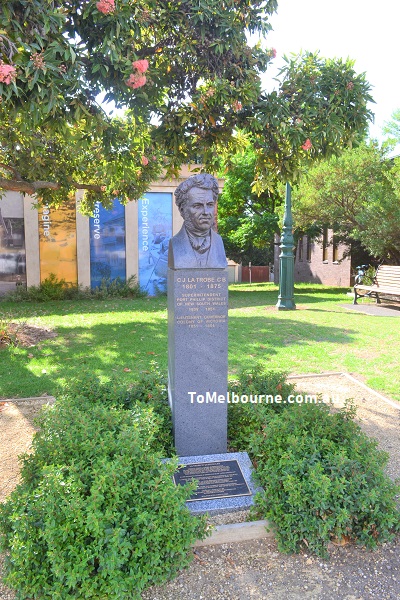 CHARLES JOSEPH LA TROBE, SUPERINTEND OF PORT PHILLP DISTRICT OF NSW FROM 1839 AND LIEUTENANT – GOVERNOR OF THE COLONY OF VICTORIA AFTER SEPARATION IN 1851, VISITED BALLARINE PENINSULA FREQUENTLY FROM FEBRUARY 1840 UNTIL HE LEFT IN 1854.

IN 1844, HE BUILT A COTTAGE AT SHORTLAND BLUFF, LATER QUEENSCLIFF.

LA TROBE SELECTED SHORTLAND BLUFF FOR A LIGHT HOUSE AT THE HEADS AND WAS PRESENT WHEN IT BEGAN OPERATING IN APRIL 1843.

ON 22 JUNE 1853 LA TROBE RENAMED SHORTLAND BLUFF QUEENSCLIFF IN HONOUR OF QUEEN VICTORIA. THE BOROUGH OF QUEENSCLIFFE WAS PROCLAIMED ON 12 MAY 1863.

THE BUST OF LA TROBE WAS FUNDED BY PUBLIC SUBSCRIPTION TO THE QUEENSCLIFFE HISTORICAL MUSEUM INC. AND GIFTED TO THE COMMUNITY.

UNVEILED 5 MARCH 2016 BY HER EXCELLENCY LINDA DESSAU AM