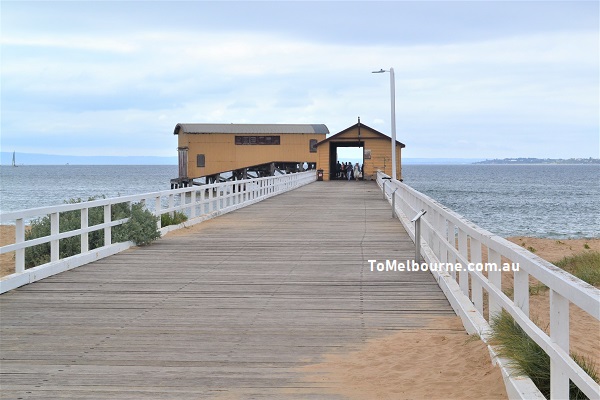 The Queenscliff Pier and Lifeboat Complex is a prominent tourist attraction of Queenscliff and is a very important part of its European history. The Pier is associated with the lifeboat service, the sea pilot service and ferry services that connected Queenscliff to the rest of the world. 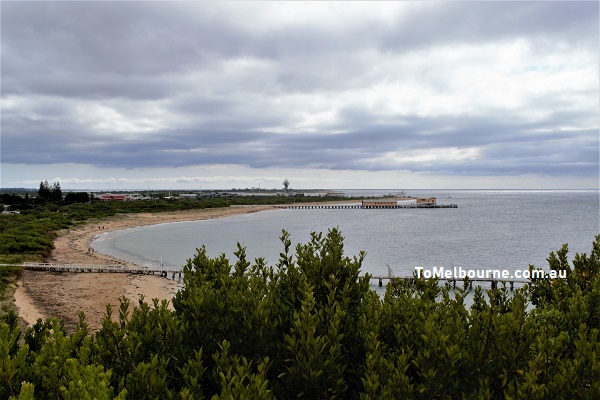 By the mid 1850’s Queenscliff had a population of more than 200 people and was getting established as a township of maritime based community and a summer retreat for prominent Melbournians. It was the gateway for the Ports of Geelong and Port Phillip.  By 1855, the necessity to build a Pier at Queenscliff became a matter of urgency. Without a Pier, even under the most favourable situations landing on the beach could only be accomplished by whale boats or lifeboats. It was impossible for vessels of any size to disembark. In 1857 contracts had been taken out for a jetty at Queenscliff so that pleasure parties in steamboats can come alongside. The Pier was completed by the end of 1857. The jetty became a base for the early fishing industry. 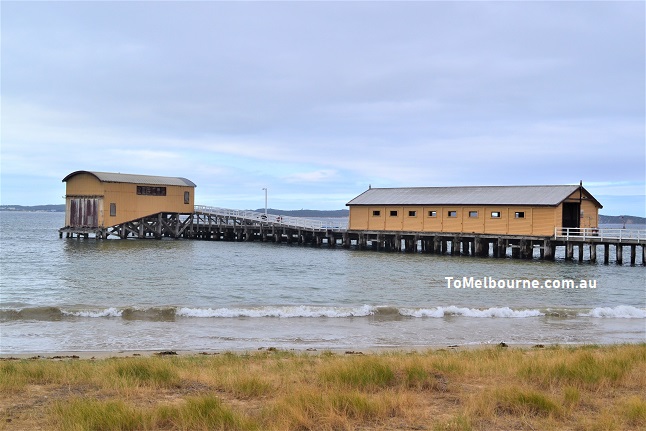 The following years saw Queenscliff turning into a seaside resort patronised by wealthy tourists from Melbourne. In the 1860’s Queenscliff Bathing Company built a new enclosed bathing facility south of Queenscliff Jetty. By 1864 a second pier, known as Boat Jetty or Doctors Jetty, was built to the south of the Queenscliff Baths. The pier was extensively used for servicing steamers bringing tourists. In the 1870’s upgrades were undertaken to facilitate increased tourist numbers. 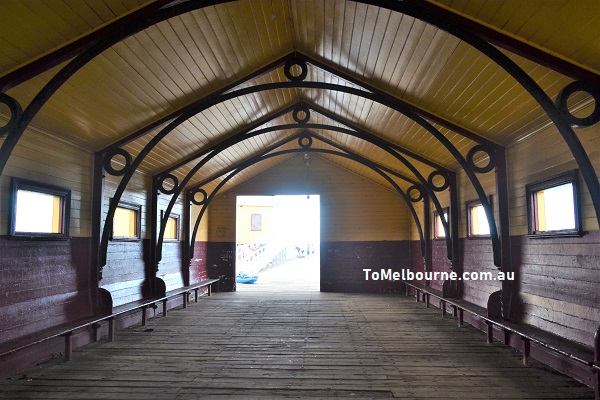 In 1882, push for a new Pier in Queenscliff gained momentum to enable the new deeper drafted bay steamers from England and intercolonial steamers to land passengers for Western Districts there to save them atleast 100 miles of travelling. The lifeboat shed at the northern end of the Pier was removed in 1883. A new 214m long Pier known as the Steamer Pier was constructed in 1884 -1885. The new pier was further extended in 1886 and 1888. During this period a new dogleg extremity, lifeboat and shelter sheds (1889) and a tramway was also built. The Old Pier was known as Fishermen’s pier as it was mostly used by local fishermen.

The Fishermen’s Pier was lengthened in 1914 and was again extended between 1926 and 1928. A new life boat shed and launching pad was built at the end of New Pier in 1949 which replaced  the  one  on  the Fishermen’s Pier. The lifeboat shed the prominent timber structure at the end of the Pier housed the Queenscliff Lifeboat for more than 30 years. The lifeboat service operated from various locations between 1856 and 1976. The last of the boats, the diesel-powered Queenscliff was crewed by locals mostly fishermen. Summoned by the ominous ringing of the wreck bell, the crew readied within minutes and took to the waters to locate and rescue wrecked or stranded sailors, passengers and vessels. The crew members were paid for their services. Monthly practises were a community event undertaken with much bravado. At 9am on second Saturday of each month, it was common for an assembled crowd of more than thousand onlookers to cheer as the lifeboat was launched down the slipway and into the water at a spectacular 55km per hour. In contrast rescue call outs inevitably came at night, during atrocious weather. Tales of bravery and dramatic rescues have passed into popular history.

In the 1950’s ladies and gents baths near the Pier were demolished by Australian army using explosives. In 1963, the original Fishermen’s Pier was demolished. The Steamer Pier with its old charm remains a visitor attraction and is now known as Queenscliff Pier.