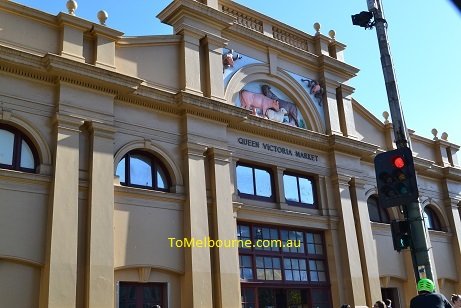 Sprawled at around seven hectares (17 acres), Queen Victoria market situated at the Melbourne CBD is the largest open air market in the Southern Hemisphere. The market was established in the late 1860’s . The market land once hosted two other markets: the Eastern Market and the Western Market, both demolished in the 1960’s. The Western Market was Melbourne’s first official fruit and vegetable market and was established in the 1840’s.  Today Queen Victoria market is a very important tourist attraction in Melbourne City and is listed on the Victorian Heritage Register 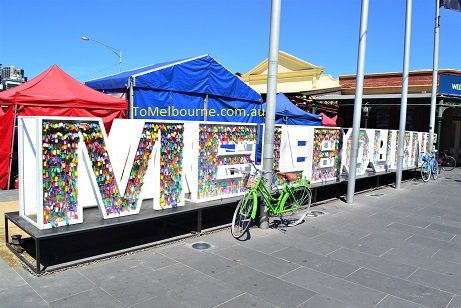 A bustling retail centre, the Queen Victoria market sprawls over two northern city blocks. Increasing congestion in the Eastern Market in the 1850’s forced the Melbourne City Council to consider establishing a new market. In 1878 three sheds were constructed for use by fruit and vegetable growers and other traders alongside the retail meat and fish market on the corner of Victoria and Elizabeth streets. Over the next decade the Victoria Market grew as a new meat market façade and double storey shops were constructed along the main roads. Six market sheds were built on an adjacent 4.3-acre crown grant, portion of which was in the old Cemetery. 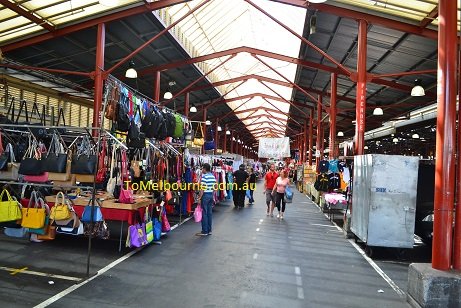 Recognizing the need for further expansion the Market Lands Act 1917 allowed the market to extend into the rest of the cemetery. After much controversy over the re interment of human remains, new sheds were constructed between 1928 and 1930.

By 1948 another investigation into overcrowded market conditions led to the controversial proposal to transfer the wholesale market to West Melbourne. This transfer took place in 1969 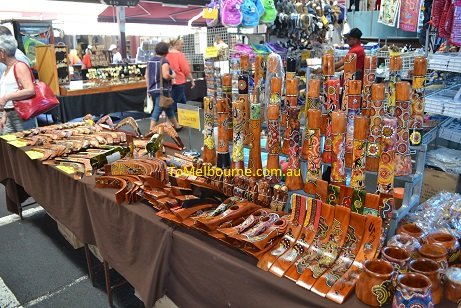 The History of Queen Victoria Market

This is an extract from the Book “Melbourne – Biography of a City”, by W.H. Newnham, first published on 1956.

Victoria market is one of the features of the Melbourne City. It is a rowdy colourful market where a greater number of stall holders sell a wider variety of goods than anywhere else in Australia. The stall holders are Chinese, French, Italian and half a dozen other nationalities – as varied as their goods, which may be pineapples from Queensland, Celery from South Australia, tomatoes from WA, other fruit and vegetables from metropolitan areas. 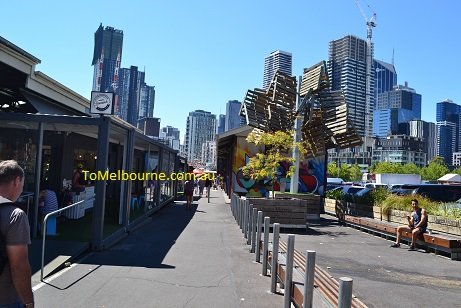 Every week thousands of tons of food are carried away in large trucks, sleek black Bentleys, battered prams, briefcases, golf buggies and even sugar bags.

Before the Queen Victoria market was officially opened, growers of fruit and vegetables began flowing across to it from Eastern Market which was being rebuilt. The growers never returned and were followed by retailers – all enjoying additional space for trading and parking.

Six substantial sheds were erected; five of them open ended, and the sixth with a solid wall which cut off the dreary view of the poorly maintained Old Cemetery.

On the 20th March 1878 the Mayor, John Pigdon, unlocked the gates and led growers and guests to pleasant breakfast in one of the sheds. Regarded at the time as temporary buildings, they are all still standing as part of the market, having been professionally restored by the City Council and classified by the National Trust.

The new market comprised a Council grant of three acres bounded by Victoria, Elizabeth, Therry and Queen Streets; and across Queen Street, another one and a half acres of the Old Cemetery from which human remains had been carefully removed.

At the turn of the century there were murmurs that more space was essential, but it wasn’t until 1924 after many consultations, that the remainder of the Old Cemetery – some eight and half acres – was cleared to become the Upper market bounded by Queen, Victoria, Peel and Franklin streets.

The remainder were therefore interred in the Old Pioneer’s section of the Fawkner Cemetery surrounding a granite memorial, erected in 1923, beneath which the remains of John Batman was buried.

In the 1920’s, with generous market space now available for wholesalers, retailers, agents and growers wholesale operations opened from 4am to 6am. The growers began arriving in the night before. Sixty years ago it was a common sight to see long lines of horse drawn wagons, with their drivers sleeping peacefully, winding through city streets to the market while traffic streamed away in the opposite direction carrying people who were returning home from a night out.

From mid night until the opening of the sales, the market was alive with the voices of growers setting up their stalls and discussing prices with buyers, while outside city employees were grappling with the problem of parking hundreds of growers trucks and lorries as well as the smaller vehicles of buyers anxious to return to their suburban shops, retail market stalls or large hotels and restaurants.

On first December 1969 after 90 years at the Queen Victoria Market, growers, agents and buyers moved out to their new Melbourne Wholesale Fruit and Vegetable market on Footscray Road, leaving the Queen Victoria market to the retailers who now enjoy two acres of parking spaces and who no longer have to wait until the wholesalers had finished their business, before they could set up their stalls.

Many of the original market structures are still intact, which makes it a tourist attraction. Meat Hall constructed in 1869 is one of the oldest original buildings. The Market is open every day of the week except Mondays and Wednesdays. On Wednesday evenings in the summer months, a night market which offers dining, bars, live entertainment and a variety of other stalls.

Details about the market

The Market is Open Five Days a Week

Melbourne’s original Night Market, Queen Victoria Market’s Night Market is the place to meet every Wednesday night during summer. More than just a market, the Night Market offers a unique platform for emerging designers, artists, musicians and foodies to showcase their talent at one of Melbourne’s favourite summer events.