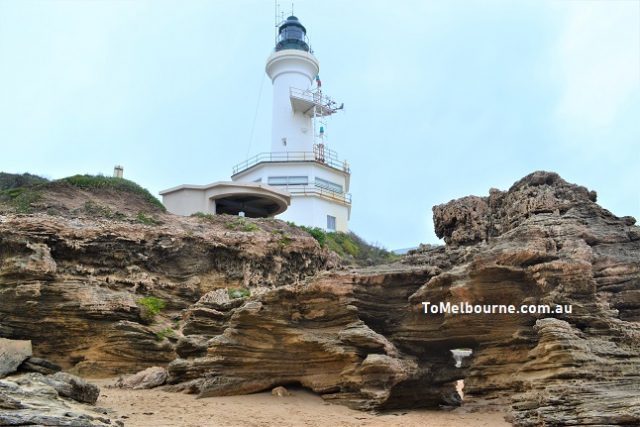 Point Lonsdale Lighthouse is situated at the Point Lonsdale Maritime and Defence Precinct which also includes other structures and objects of heritage value linked to the location’s strategic role in both defence and maritime navigation and rescue. Buckley’s cave also is located here. William Buckley, the escaped convict who lived with aborigines for 32 years was believed to have lived in this cave for a considerable time.

The lighthouse is located on a headland overlooking the “Rip”, one of the most treacherous navigable passages and site of many shipwrecks. The lighthouse is operated by the Victorian Channels Authority, part of the Port of Melbourne Corporation. 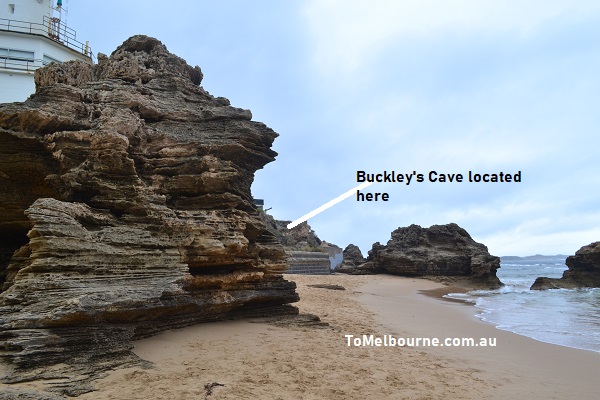 History of the Lighthouse

In 1852 a signal station was established at Point Lonsdale to guide passing ships about the state of tides in the area. Captain John Preston a former master mariner was appointed Signal Master.  A red flag or blue flag was hoisted on a flag staff at different positions to warn the mariners about the flood tides. In 1856 a red pillar beacon was built here to warn of the rocks in the area. The pillar beacon surmounted with a skeleton ball painted red was placed on the rising ground inshore of the Point Lonsdale Flagstaff in order to mark the position and guide vessels clear of a small sunken rock. The rock had 22 feet water on it.

A temporary wooden Lighthouse was erected at Point Lonsdale in 1863. This structure was formerly situated at Shortland’s Bluff, Queenscliff.  The present lighthouse was built in 1902. The wooden structure was virtually decayed by then and was in danger of being destroyed in rough weather. The new lighthouse was built in concrete and was the third one to be so constructed after those at Cape Everard and Split Point. The new tower was built near the extreme end of Point Lonsdale than the old one in order to secure a good foundation for such a solid structure. This is very close to the Buckley’s cave. The site of the Lighthouse was shifted around 20feet from the original contemplation to avoid the cave being destroyed. The original lantern was fitted by Chance Brothers, a well-known English firm of those years. The cost of erecting the tower exclusive of any lighting appliances was £2252. The signal station and observation room were added to the base of the tower in 1950.

In 1915, responsibility for managing the lighthouse was passed to the Commonwealth from the State of Victoria. In 1934, the control was handed back to the State of Victoria on the ground that lighthouse is now classified as a “Harbour Entrance Light” rather than a “Coastal Highway Light”. The management responsibility of the Lighthouse Reserve was transferred to The Borough of Queenscliffe in 2012 from the Victorian Government. 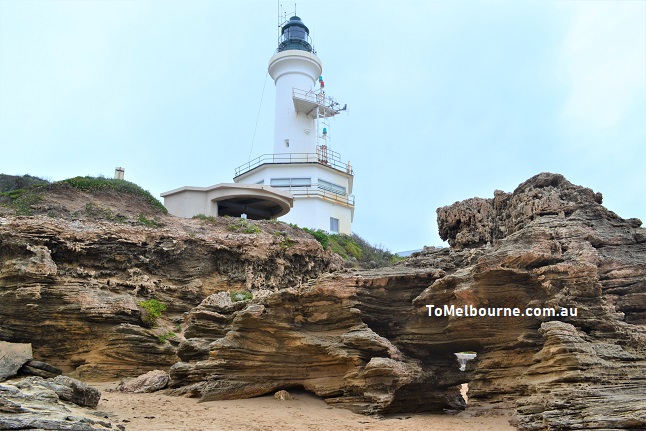 The lighthouse is open for tours every Sunday morning from 9:30 am until 1:00 pm (last tour). Admission by tour only. Cash and card (except Diners Club and AMEX) payment available at the lighthouse. Tours take half an hour with maximum of 8 people per half hour. Conditions apply – children under 5yrs old (& less than 95cms height) not admitted.

Solid or strap on footwear required. People with pacemakers not able to do tour. 120 steps climb to top.

Offshoots to this article

We hope this letter from a Reader published in The Argus on Tue 6 Feb 1934 titled “FAMILY RECORDS” will interest at least some of our readers.

TO THE EDITOR OF THE ARGUS

Sir. — My father, Edward Stephens, born in Williamstown on May 7, 1840, is now 94 years of age, and is the second oldest living person born in Victoria. My mother is 85 years of age this year. They were married in 1867. Both are hale and hearty. They live at Stawell. They have had a fine family, and all are alive. The eldest is 66 and is a grandfather himself. I am 60, and a grandmother. There are five generations, and all are well. Is this an Australian record? Father is a retired farmer. He worked with his father as a lad for John Pascoe Fawkner and was also at the Eureka Stockade. My mother’s father was the first lighthouse keeper in Victoria at Point Lonsdale.