Point Gellibrand is the southernmost point in Williamstown. The Coastal Heritage Park build around it, is one of the richest heritage sites in Melbourne for being the first permanent European settlement in Port Phillip. Coastal park was created with an intention to protect the heritage value while providing visitor facilities and recreational avenues.

Before the European arrival, this was the traditional land of Yalukit- willam clan.  Indigenous people used the area for gatherings and ceremony, but the lack of fresh water prevented them from making this a camping site. This issue of fresh water scarcity also effected the early European settlers and was the prime reason for Williamstown losing out to Melbourne for prominence. 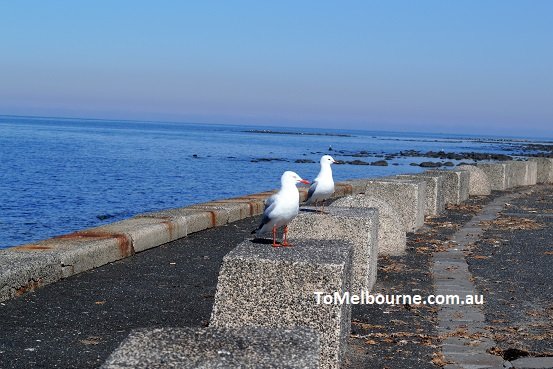 John Batman, arguably the founder of Melbourne, first landed at Intended Heads, east of Geelong, then sailed to Port Phillip Bay and anchored at Point Gellibrand. The name Gellibrand was given by Batman after his close friend and barrister Joseph Tice Gellibrand whose disappearance on an expedition to explore the hinterland of Port Phillip in 1837, is still an unresolved mystery. 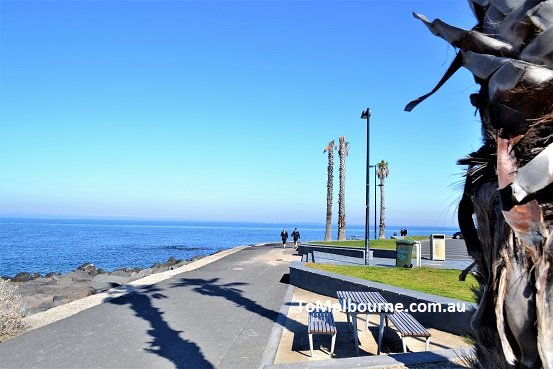 The 24-hectare, Point Gellibrand Heritage Precinct is bounded by Kanowna Street, Hamner Street, Ann Street, Morris Street and the Cyril Curtain Reserve in the south, and the coastline to the east. Until the 1850’s Point Gellibrand was the first landfall and primary disembarkation point for the colony. Its strategic importance resulted in building a series of coastal defensive mechanisms at the site. Fort Gellibrand was home to Victoria’s first Coastal defensive frontier. Convict labour was used to build permanent battery at Point Gellibrand in 1855. It was developed to defend the new city and its ports from a perceived attack from enemy warships.

The naval dockyard, Gellibrand Pier and Breakwater pier are at the northern section of the park. The Time ball tower is at the shore end of Breakwater Pier. The light house was erected in 1852, replaced earlier navigational aids established from the time of the first settlement in 1835. A timeball apparatus mounted on top of the bluestone tower in 1861 and was operated regularly by the observatory until 1926 to allow shipmasters to correct their chronometers. The Timeball was dropped from the top of the post at 1pm each day. When Richard Vaughan who kept the time for more than 36 years died in June 1926, the practise of dropping the timeball was discontinued.

As a bicentennial gift to the Melbournians, the Timeball was restored through the joint efforts of local Lions, Apex, Rotary and Quota Clubs and the Williamstown Historical Society in the late 1980’s. The first official drop of the ball after restoration was performed by former Victorian Premier Joan Kirner on 29th January 1990. Within a few years the timeball mechanism stopped working. In 2009, the Rotary Club took the initiative to bring the Timeball back to life once again.

A telegraph office was opened here on 3rd March 1854 for transmission of Telegraphs from Williamstown to Melbourne. The Tide Gaugue house was constructed at Breakwater Pier in 1856 and was used to record tides until 1943. It was relocated to Commonwealth Reserve in 1955.

Gellibrand formed natural sheltered anchorage for ships of all sizes, and this encouraged the establishment of ship repair and building facilities along the shore. Point Gellibrand was used as a landing place for stock as it offered suitable anchorage for large vessels and there were shelters and other minimal facilities available for landing passengers. On 16th February 1853, Lieutenant Governor Charles Latrobe proclaimed Gellibrand’s Point as a penal establishment. Two weeks later, two vessels moored at the Bay, ‘President’ and ‘Deborah’ were declared public prisons and Gellibrand’s point was proclaimed as the place of landing and disembarking prisoners.  Later few other ships were also proclaimed as prisons and the prisoners were engaged in various tasks like working in quarries and building structures.

(The blue stone quarry began in 1838, and supplied ballast to weigh down empty ships on their return journey. Ballast was also supplied to railways for lining tracks. Besides ballasts the bluestone blocks cut from here were used to build many of the first piers and buildings around Melbourne.Near here was John Price beaten to death)

Gellibrand Bluestone Quarry was opened in 1838 and blue stones from here were used for building roads, piers and other structures in the new colony. When not working, these convicts were held at those large vessels known as Hulks in very appalling conditions. Gellibrand Pier (Previously Known as Railway Pier) was constructed between 1854 and 1859 using convict labour. It is believed that infamous/ famous Victorian bush ranger Ned Kelly worked on the retaining walls here in 1873. History runs deep in this place. Local folklore says that you can still hear the rattle of the convict leg irons near Point Gellibrand and that John Price’s Ghost still haunts his last resting place. 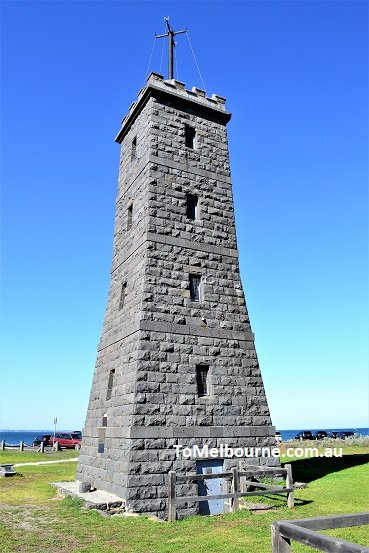 John Price was the inspector-general of prisons in Victoria who was infamous for his extreme disciplinary methods of torture. On 26 March 1857, when he visited prison hulk convicts at Gellibrand, he was knocked down and severely battered with the iron bars and hammers by the convicts. He died the next day.

Cargo is a contemporary sculpture that references the ongoing and historical maritime links Williamstown has to transportation industry and navigational aids.)

The historic significance of the park and its proximity to the coastline creates a unique experience for any visitor. This is a heritage sacred site for history enthusiasts 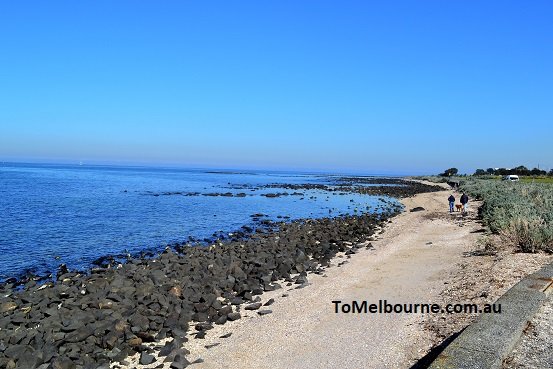 What you can do at the Heritage Park

Enjoy the beach and visit the heritage Pier

cycle or walk along the Bay trail 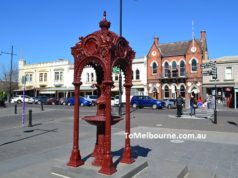