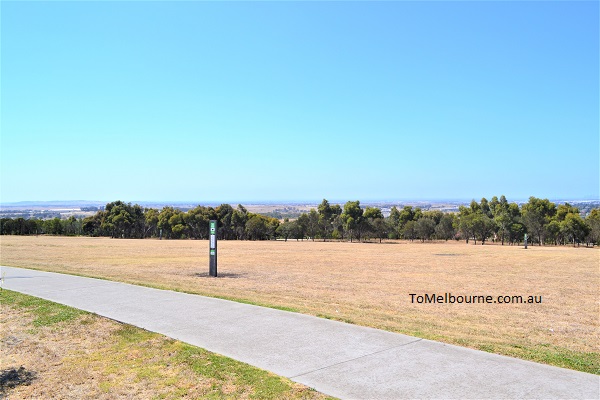 Craigieburn is one of Melbourne’s most boring suburbs with similar looking houses that span as long as eyes can see being part of the Hume Growth Corridor. When Mt Ridley area was developed, the Council took the stance of discouraging new buildings 275m contour of Mt Ridley. Mt Ridley was developed as a lookout with a children’s play area. This part of the suburb has some of the better-looking housing estates.

Located at a short distance from Craigieburn Shopping Centre, a steep slope takes to the Ridley outlook . The lookout has walking tracks and city views comparable to Mt Cooper Lookout in Bundoora. Car Park is close by and due to its positioning most regular visitors stay inside their cars to have the views of the far extending suburbia.

The Craigieburn area has a rich environmental history and volcanic activity is an important part of its ancient past. Volcanic eruptions from Mount Ridley created the landscape we see today. Lava flowed across the land to create vast plains of volcanic soil. These fertile basalt soils were perfect for the formation of native grassland and woodland ecosystems

Due to past rural and urban development, the grasslands and woodlands are now classified as endangered. These ecosystems exist as an important reminder of Craigieburn’s natural history.  It is estimated that the last volcanic eruption of Mount Ridley was approximately one million years ago. 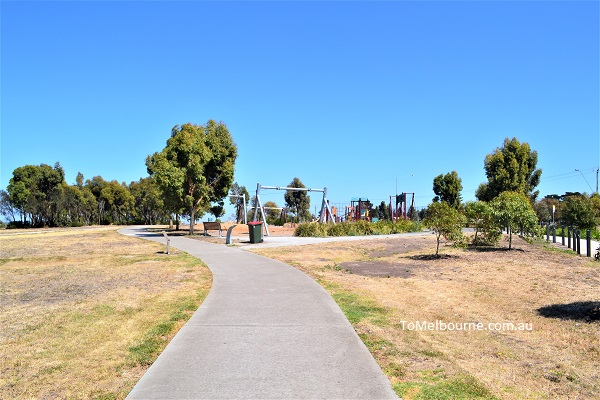 In 1926, Hill Climbing Contest for Cars were organised here by Royal Automobile Club of Victoria. This contest generated much interest at that time and sports Committee of the organisation did not announce the venue until the day before the competition. Of 121 nominations 101 cars were timed in the four events; trade, ladies, owner driver, and open category.  At least thousand people witnessed the event.

Mt Ridley was previously known as Kinloch Hill.   Captain James Pearson, a seafarer bought 1447 acres of land in the southern part of the Parish of Yuroke in 1847. He also purchased adjoining property he was leasing since 1842, which included the Mt Ridley Area. Pearson renamed Kinloch Hill as Mt Ridley, which was the name of a rocky outcrop in Dartmouth, Devonshire behind his second wife Augusta’s family home. In 1850 Pearson built a homestead on top of the hill.