Situated 57km south of Melbourne CBD, the township of Mornington is famous for its beaches and wineries. Mathew Flinders was the first European in recorded history to set foot in Mornington in 1802. Flinders landed at Birdrock Beach on 28th April 1802. He made his first survey of Mornington Peninsula from a cliff top in Snapper Point. The following year, after Captain Robins anchored the ‘Cumberland ‘off the point, a party led by Charles Grimes surveyed the area and beyond for intended settlement.

European settlement in the area began since the 1840’s. Mornington was known as Snapper Point or Schnapper Point on those days and in 1861, Snapper Point was declared a township and the name was changed to Mornington after the 2nd Earl of Mornington, who also served as a foreign secretary.

Mornington’s development story began after the Mornington Pier was built in 1858. The ferries began bringing visitors twice a week from 1865. Steam train service to Mornington began I n1889. After a road connecting Frankston with Mornington was built bus services began.

What is special about Mornington?

Many of the old buildings in Main Street stands even today in its former glory. The court house built in 1860 today serves as the Information Centre for visitors and the Police lockup nearby is open for visitors. The Court house is the oldest public building in Mornington and it remained as the Mornington Court of Petty Sessions until 1988. The lockup served as jail from 1862 until 1982.

Mornington Pier built in the 1850’s is one of Victoria’s oldest and most popular. The Jetty became the social and economic heart of Mornington. Luxury paddle steamers would carry passengers from Melbourne daily during peak times. The arrival of guests on paddle steamers were the main event of the day, with wealthy guests arriving in thousands. The upper class-built holiday homes in Mornington or stayed in one of the large hotels in Esplanade or on Main Street.

In 1863, far sighted citizens inspired by Alexander Balcombe of Briars, had clifftop land set aside for promenade and recreation. Mornington park is part of this land formally gazetted in 1874. The early 1900’s saw the park developed by Mornington Progress Association. The grounds are large and were well laid out by ornamental trees. The arched stone entrances to the park were built as a job creation scheme during depression. The bronze statue of Mathew Flinders at the park was erected for the centenary in 1988. The fountain and the surrounds were placed in the park to commemorate Victoria’s 150th in 1985.

The rose garden was officially opened in November 2008. 1.6 hectares of land was leased from Mornington Peninsula Shire Council in the Civic Reserve precinct between Mornington Regional Gallery and Oakhill Gallery. There are around 4000 rose plants in 10 beds. 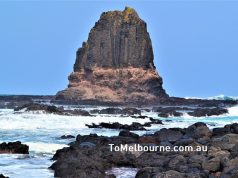 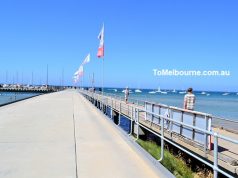 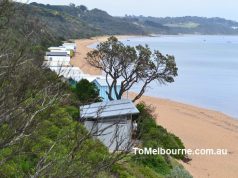