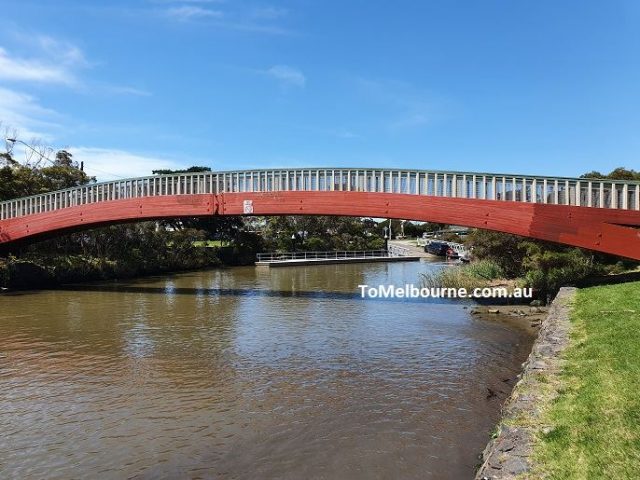 Mordialloc Creek is situated 25km southeast of Melbourne CBD. The creek is popular for boating and fishing. Though the water quality is poor, this is the place to catch bream, mullet, and estuary perch. The story of the Creek is also the story of how the early settlers of Melbourne had made the expanse of land from Mordialloc to Frankston suitable for agriculture and residential purposes. Today the creek and its boating facilities define the township of Mordialloc. Jack Pompei, yesteryears boat builder at Mordialloc, who worked tirelessly to protect the creek once said, “Take the creek out of Mordialloc and there would be nothing here,”

The Story of Mordialloc Creek

Bunurong people camped near Mordialloc Creek which was a rich hunting ground with plentiful food and fresh water. Before the European settlement of Victoria, Carrum Carrum Swamp extended from Mordialloc to Frankston and spread across 52 square kilometres with a catchment area of 735 square kilometres. The swamp was filled by water from Dandenong Creek, Eumemorang Creek, and Boggy Creek. The swamp was separated from Port Phillip by a narrow ridge or bank of sand which prevented the water from exiting the bay, creating the large swamp. The name Mordialloc came from aboriginal term ‘’Moordy Yallock’’, meaning near the little sea. This refers to the mouth of the Mordialloc Creek, where it discharges to the sea. Wild fowl were in the fens of Carrum Swamp and the fish came to spawn in the creek. Mordialloc was a favourite camping ground for aboriginals. As late as 1865, there was an aboriginal reserve near the village of Moordy Yallock. 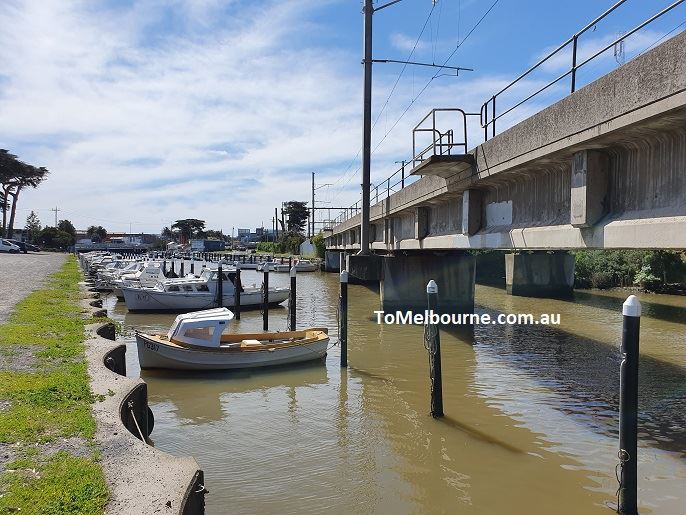 A survey of the swamp was done by Hodkinson and Couchman for the Lands Department in 1868. It was concluded that, if drainage work was undertaken 11,000 acres of land could be reclaimed for agriculture.

After the survey, it was prepared to reclaim the swamp by the construction of two main channels to carry waters of the Dandenong and the Eumemmering Creeks across the swamp to the Mordialloc Creek and Kananook Creek respectively. This work was carried out by the Dandenong Shire Council but proved inadequate to deal with flood discharges from the creeks. Subsequently Patterson outlet was cut through the sand ridge to the sea. 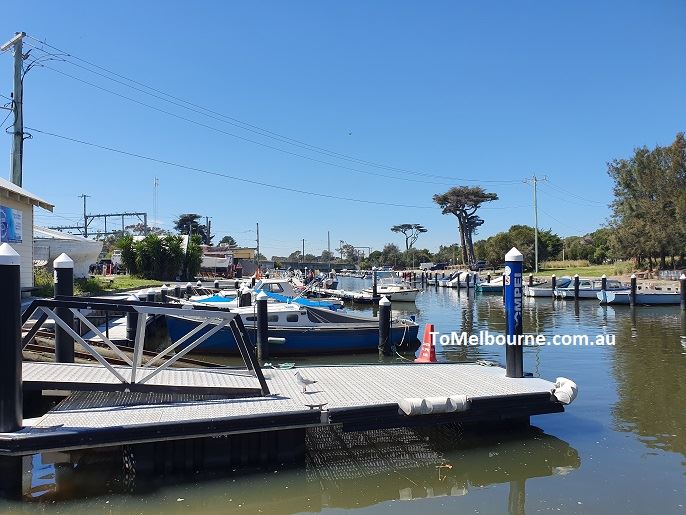 In accordance with the land act of 1869, the swamp was thrown open for selection by the Government in 1871, irrespective of the comparatively useless nature of the land, high and dry and difficulty and expense of draining it, which was under water. First contract for drainage work was awarded to Dandenong Roads Board in 1873. Many selectors have taken up acres of land here, the first sales being made in 1875. Draining of the Carrum Carrum Swamp began in 1879. A 10m cut was made through the sand dunes to where the Patterson River is now to drain the water. In a few years’ time natural events left the opening much wider making it the Patterson River as we see today.

In 1889, as a result of the land holders’ representations to Government, Carrum Irrigation and Water Supply Trust was formed and amongst the major works carried out was the enlargement of Dandenong Creek from just below the Dandenong to Pillars Bridge to Mordialloc. The floods in later years restricted the effective working of these channels. 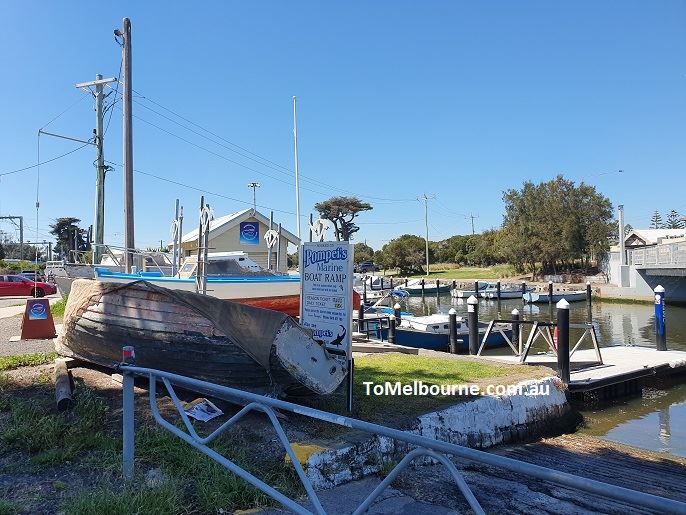 Creating channels to take water to the Mordialloc Creek was considered as the primary flood control medium to save residential development that took place in the area during that period. Only two portions of the swamp were preserved, the Edithvale and the Seaford wetlands; deepening and widening creeks like Mordialloc Creek and Eel Race Drain, to carry all the water away from the area.

On 31st August 1872, ‘Melbourne Punch’ published an article about Mordialloc. We reproduce here, certain portions of it about Mordialloc Creek for the enjoyment of our readers.

‘’Mordialloc has a beach, sandy ofcourse, and a scrubby background chiefly famous for broken bottles and other remains of bygone picnics. It has a creek dangerous of navigation being awfully snaggy.

Mordialloc like Williamstown is a fishing village. A few fishermen with nets catch snapper and flatheads, but their net profits are not large, therefore the place is not financially piscatorial success. The visitors supply the loaves and the fishes as well. It is the correct thing to hire a boat and paddle serenely about the creek. Some deluded folk essay fishing with a rod and line, but in the memory of the oldest inhabitant a capture has never yet been made”’ 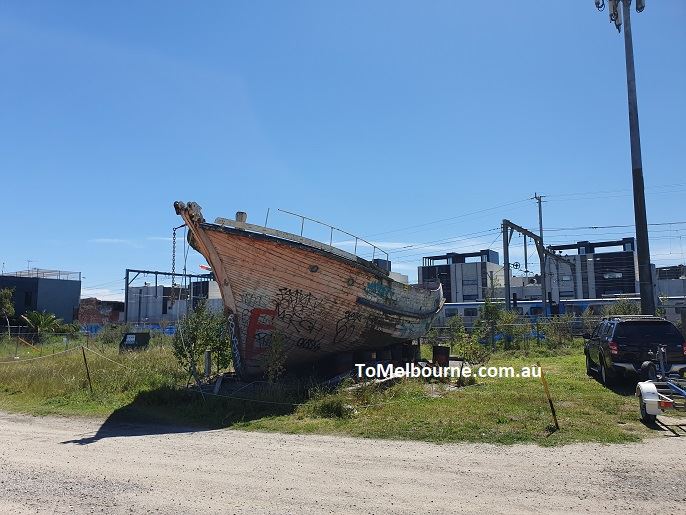 From 1892 Boat building became an important trade to the area. William Krechmar introduced clinker building for boat hulls made with overlapping planks of timber. This method was favoured by local boat builders and fishing vessels became known colloquially as Clinkers. Pompei Boat building began in the area in the 1930s. 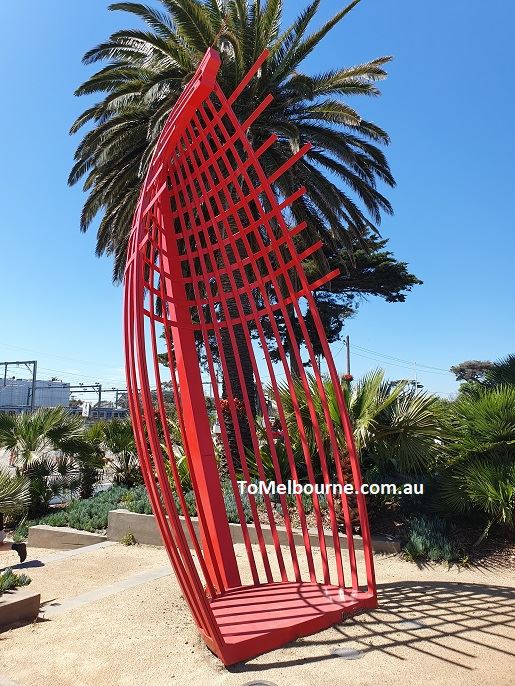 Pompei’s Maritime Landing captures the vibrant character of Mordialloc’s history. The place was officially named in December 2007. In further recognition of the regional and historical significance of the site the City of Kingston commissioned nationally recognised Australian Artist Julie Squires for a sculpture installation in 2010. The 5.67 iconic art work is made from stainless steel depicting a Pompei style boat frame. This bold skeletal structure ensuring high visibility in a visual busy environment.

The water quality of Mordialloc Creek is generally considered poor or very poor. Today the main tributaries of Mordialloc Creek include the Haileybury Drain, Keysborough South Drain, Smythes Drain, Heatherton Drain, Mordialloc Settlement Drain and Braeside West Drain. Mordialloc Creek can be described as an artificial estuarine waterway which discharges to Port Phillip Bay and is bounded by levee embankments. City of Kingston has developed a long-term sustainable dredging plan for Mordialloc Creek. 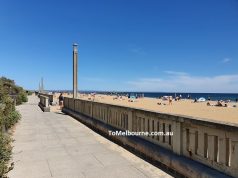