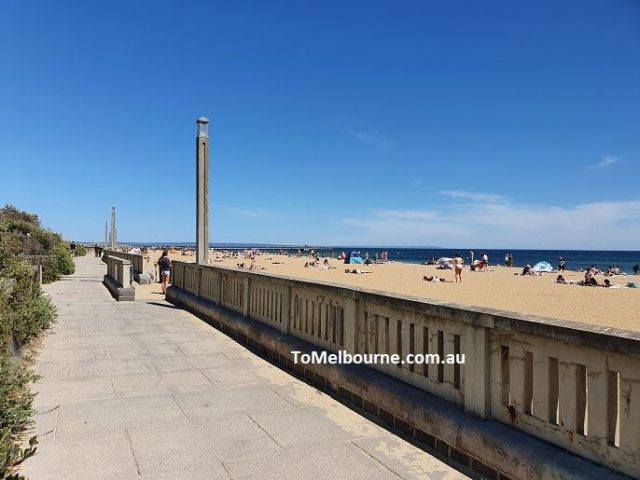 Mordialloc beach is situated 24km southeast of Melbourne CBD at the suburb of Mordialloc among three other prominent beaches of the same stretch, Mentone, Parkdale, and Aspendale beaches. The beach has an extensive foreshore reserve with picnic areas, children’s playground, BBQ facilities, Kiosk, and a café. The beach is more than one kilometre long. 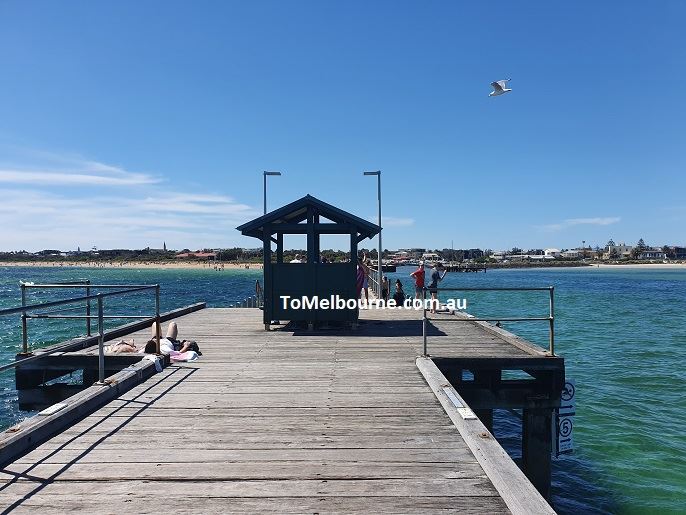 One end of the beach near the Mordialloc Creek mouth is the Pier. To dive from the Pier for a swim, may not be the safest thing to do, due to the shallow water underneath. The Pier is popular with anglers for whiting, snapper, flathead, Australian Salmon and bream. There was a jetty here since the 1850’s and the Pier has been many times extended, rebuilt and renovated to be what it is today. The Jetty was first extended to bring material for the construction of the railways which came into existence in 1881. Sea baths were built north of the jetty in 1908, but they were destroyed in the storms in 1934. There is a pay and use car park near the Pier with toilet facility and kiosk adjacent to it. 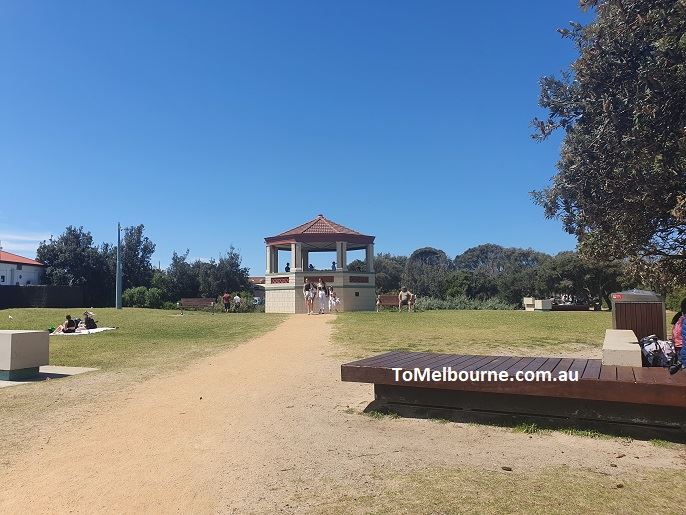 There is a walk/bike path along beach road, the 49.8km long Bay Trail begins at Austin Road, Seaford near the Edithvale-Seaford Wetlands viewing platform and travels north. The trail ends just north of the West Gate Bridge in Port Melbourne. 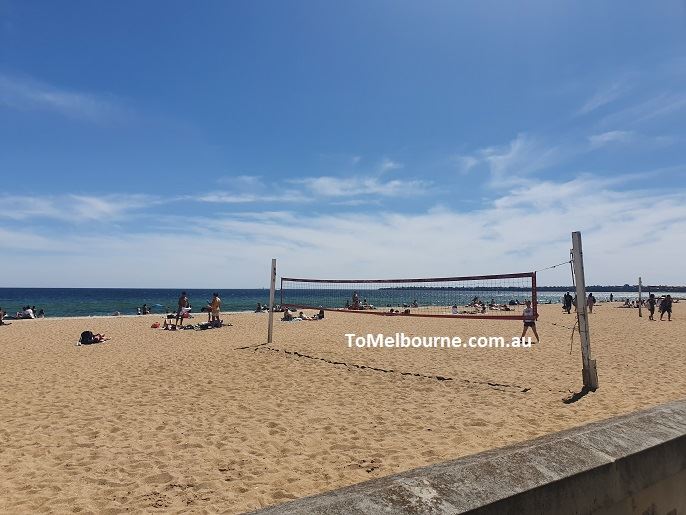 Mordialloc Beach is home to Life Saving Club since 1921.

Dogs have dedicated areas at the beach, but dogs must be under effective control at all time and are not allowed off the leash until they reach the sand in off-leash areas.

From 1st November to 31st March

From 1st April to 31st October 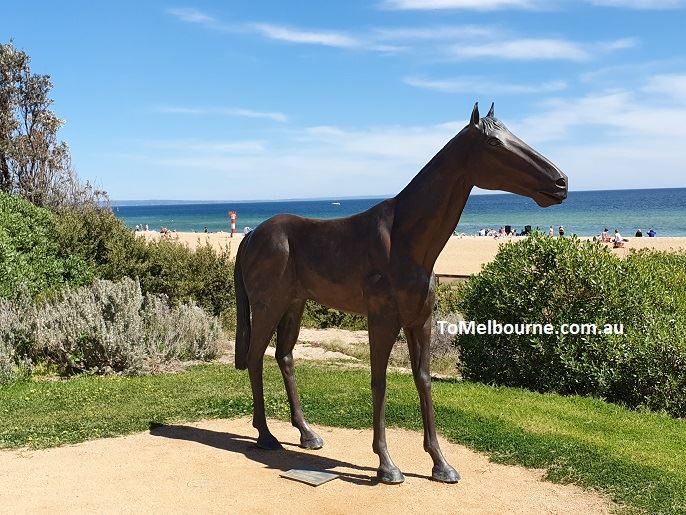 Horses are permitted to swim at the Bay Street car park beach in Mordialloc all year-round, prior to 10am each day. Horses must be led to the water and then can be mounted by the rider for a swim. Horses have played significant role in shaping the character of City of Kingston of which Mordialloc is a part of . Kingston was home to four major racing tracks and many stables. Tracks included Richfield, Aspendale, Mentone, Epsom and numerous private tracks. In the 1940’s City of Mordialloc granted permission for horses to swim in the Bay. It was from the Horse Paddock car park that horses were unloaded and lead into the bay to be exercised. From Mordialloc foreshore people enjoyed watching the horses swimming and rolling in the sand. In recognition of this, the Horse Paddock Car park was officially named so in 11th June 2009. 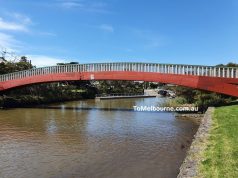