The number of place-names which have passed out of use in the metropolitan Melbourne is rather remarkable. What is now known as Fitzroy was first Newtown, then (in 1842) Collingwood—the present suburb bearing that name being first called East Collingwood—and finally (in 1850) the Fitzroy Ward of the City of Melbourne.

In the 1850’s Brunswick included the settlements of Lyndhurst in the east, and Phlllipstown in the west, neither of which has been heard since then. Coburg was originally Pentridge, but discarded that name in 1869, and in the early ‘eighties had divisions known as Bolingbroke, Box Forest, and Newlands.

About the same period South Melbourne was known as Emerald Hill because it stood out as a green hill among the surrounding swamps. In 1883 the council decided to change the name to South Melbourne.

Port Melbourne was Sandridge. William Wedge Darke surveyed Port Melbourne area under the instructions of Surveyor Robert Hoddle. He worked from a Caravan that he parked near the beach.  A track was put through the tea tree scrub and a sign for the settlement was erected on as sandy ridge, and the name Sandridge was adopted. In 1884, local council changed the name to Port Melbourne.

Carnegie was known as Ross Town. William Murray Ross was a wealthy entrepreneur who nurtured the idea of starting a sugar mill and town in today’s Carnegie that included a railway line to deliver the sugar to Port Melbourne. He named it Rosstown. Though he started building the factory, could not complete it as creditors started chasing him. The Suburb kept the name Rosstown until 1909, then changed to Carnegie by the local council. who hoped to secure a loan from American Andrew Carnegie to build a library. The council never got any funding from Carnegie but the name for the suburb was never changed.

Caulfield had its Camden Town. Preston included Irishtown, Gowerviile and Westgarthtown, and Newport was called Greenwich.

Melbourne’s eastern Suburb Burwood was known as Ballyshanassy.  In 1858, the village of Ballyshanassy was named after John O’Shanassy. O’Shanassy was an influential and wealthy man who campaigned for Victoria’s separation from New South Wales. In 1857 Shanassy became Victoria’s second premier. Although his first government lasted only 50 days, he later became Premier again in 1858-59 and again in 1861. In 1879, Ballyshanassy became Burwood after a brief spell as Norwood. A probable reason for the name change was that, Anglo Saxon settlers did not like an Irish name for their town. 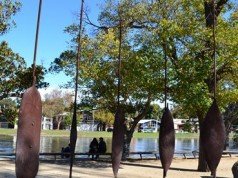 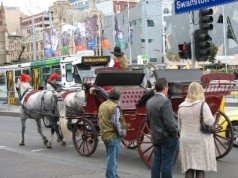