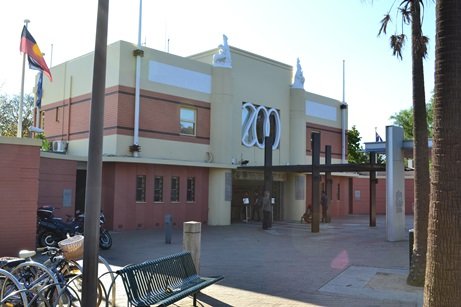 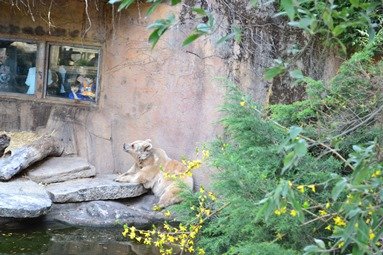 Royal Melbourne Zoological Gardens or Melbourne zoo is the third oldest zoo in the world with a most modern outlook. The enclosures set in 55 acres, with more than 300 species; the zoo was modelled on London zoo in its early days.

Apart from the zoo exhibits the Zoo has many programs and events that will suit both the kids and the adults. The Zoo’s most famous attractions are:

Growing Wild – Melbourne Zoo’s Growing Wild is an exciting interactive area designed especially for children aged 3 to 8 years. This world-class exhibit is filled with animals, sculptures, tunnels and sounds, so the kids can scramble, crawl and climb – or stand look-out like a meerkat. 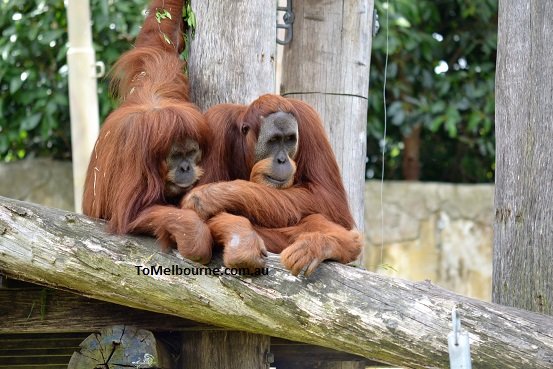 Keeper Kids play space – In this indoor play space, kids can immerse themselves in role-plays and exploration. It is designed to stimulate the imagination and nurture a connection with the natural world.

Butterfly house – The Butterfly House offers one of the zoo’s most loved – and magical – experiences, inviting you to enter the world of Australia’s tropical and subtropical butterflies.

Trail of Elephants – Award-winning trail of the elephants invites visitors into an Asian village and garden setting which is home to Asian Elephants. 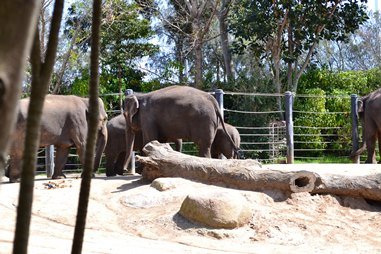 Orang-utan Sanctuary – At the Orang-utan Sanctuary, you can visit the orang-utans in their treetop home. Walk the elevated boardwalk and watch them behave as they would in the wild: climbing, swinging, nesting and feeding high off the ground.

Wild Sea – Wild Sea is an incredible immersive and educational experience for the whole family to enjoy with Penguins, seals, pelicans and other marine creatures.

Baboon Lookout – Baboon Lookout offers uninterrupted views through glass and across moats. You can watch the baboons play, groom and search for food on their grassland savannah, surrounded by large rocky outcrops, pools and palms.

Japanese garden – The Japanese garden was built in 1990, to mark the tenth anniversary of the sister-state relationship between Victoria and the Aichi Prefecture in Japan. 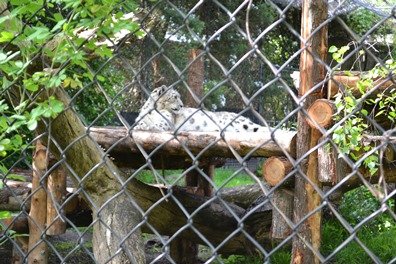 The History of the Zoo

This is the oldest continually operated zoo in Australia. The Zoological society of Victoria was established in 1857 with the Victoria Governor Sir Henry Barkly as its first patron, under the initiative of F.M.Selwyn. The mission of the society was to import and care animals of this and other countries. 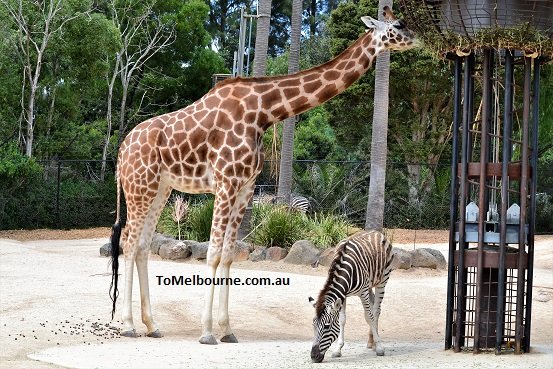 In 1858, Government botanist Ferdinand Von Muller convened a meeting to discuss the creation of a zoological garden by the society. Another society named Acclimatization Society has been formed by Edward Wilson around the same time. The aim of the society was the introduction, acclimatisation and domestication of all innoxiouse animals, birds, fish, insects and vegetables. The Zoological Society and the Acclimatisation Society were amalgamated in 1861 with Wilson as the elected President and von Mueller as Vice-President. The Collection of animals and birds were housed in a temporary enclosure in Royal Botanic Gardens under the care of Von Muller, until the 33acres land government granted in Richmond paddock was made ready to receive them. It became apparent that the Richmond paddock was too damp and swampy to accommodate the animals. Upon Von Muller’s request, the Government granted 5500 pounds and 55 acre land in Royal Park. 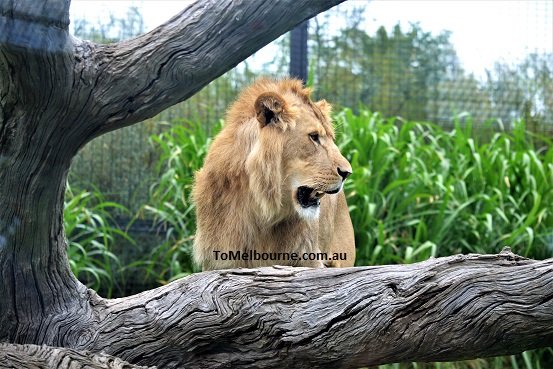 The Zoo was set up at Royal Park, designed by Albert Lynch. The Zoo suffered funding issues in the first ten years of its existence. In 1870 Albert Le Souef was appointed the secretary of Acclimatization society. He visualised the commercial and recreational aspects of the zoo and purchased more animals like tigers, lions and bears.

In the beginning the  Zoo consisted of a garden, a pair of monkeys and a few deer. The first wild beast acquired was a leopard which had formed part of George Selth Coppin’s menagerie at Cremorne Gardens. Coppin presented the beast to the zoo. Subsequently two lions were acquired from a circus that went insolvent. Being unable to pay the butcher’s bill, the owners Keith and Phillip surrendered the lions to the butcher who sold it to the zoo. The first elephant arrived at the zoo in 1875. The first camel at the zoo was the one left behind on the Murray by Burke and Wills expedition party.

The name of the society was changed to Zoological and Acclimatisation Society of Victoria in 1871. In the 1800’s zoo was becoming a local favourite for visitors. There was a festival atmosphere attached to it by side shows, musical performances and camel and elephant rides. On Sunday’s the entry was free and the police had to provide crowd control. The ‘Royal’ Prefix was added after the grant of a Royal Charter in 1910.

In 1902 Albert Le Souëf retired, and his eldest son William Henry Dudley, followed him as Director of the Melbourne Zoo after an apprenticeship as Assistant Director.

During the depression the zoo was hit with serious financial difficulties. The situation went from bad to worse. There were serious allegations of animals being kept in poor , unhygienic conditions. In 1937, The Victorian Government took control of the Zoo and established Zoological Board of Victoria as a statutory body to manage the Zoo. But there was no significant development until the 1960’s. The situation changed considerably after Alfred Dunbavin Butcher took over the running of the zoo. Butcher modernised the zoo with innovative enclosures, beautiful gardens and a well acclaimed conservation program.

The Zoological Parks and Gardens Board took over the running of the Zoo in 1996. It also manages Healesville Sanctuary and Werribee Zoo. 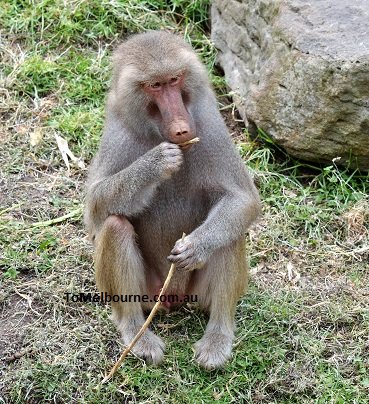 The support organisation Friends of the Zoos started in 1980 and now has more than 100,000 members. Today the zoo’s yearly budget is $28 million, and it attracts 1.15 million visitors each year.

The Encyclopaedia of Melbourne – Edited by Andrew Brown May & Shurlee Swain , Printed by Cambridge Press

Tram 55 runs from William Street in the city centre every day, stopping directly outside Melbourne Zoo.

Trains run from Flinders Street Station on the Upfield line every day, stopping at Melbourne Zoo’s own Royal Park Station.

Melbourne Zoo is located only minutes north from the city centre, within Royal Park, and a quick drive from Melbourne Airport (Tullamarine). Car parking costs $2 for five hours and is monitored by City of Melbourne parking inspectors regularly. 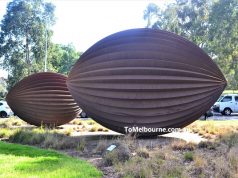