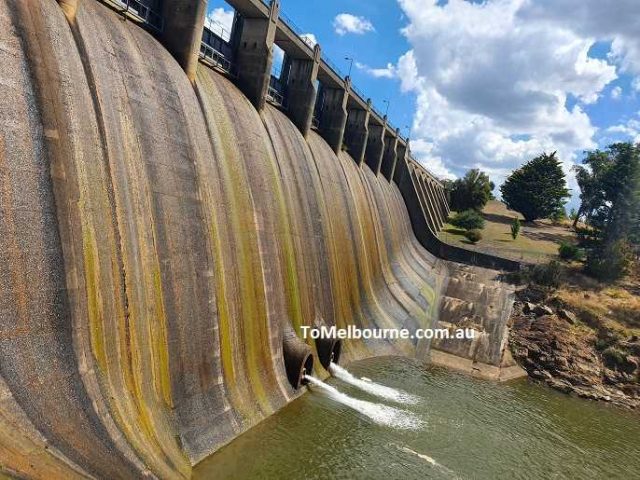 Lauriston Reservoir is situated 90km north west of Melbourne CBD and 9km west of Kyneton. The reservoir was constructed between 1938 and 1941. The reservoir has a water holding capacity of19,790 ML. It was opened on 25th October 1941, by then Premier of Victoria Albert Dunstan. The reservoir has facilities for picnic and is a popular destination for fishing. 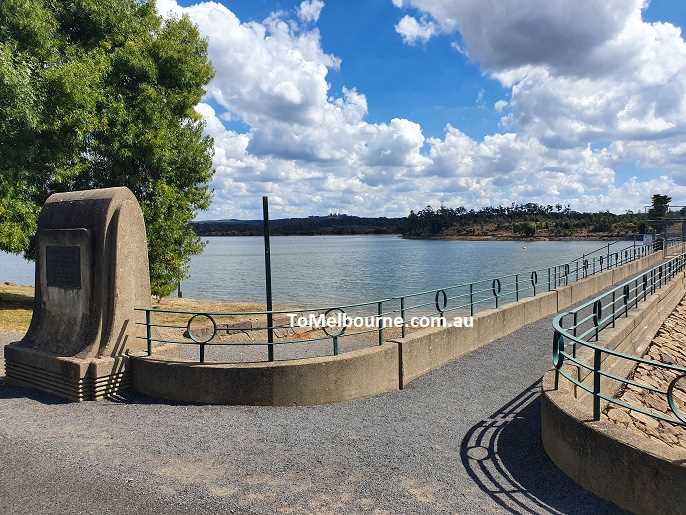 The following information about the reservoir with a brief history is collected from the reservoir site, courtesy of Coliban Water.

The lure of gold in the 1850’s saw the biggest gold rush this country has ever seen. In the north of the state, thousands crowded Bendigo creek, panning for gold, and polluting the creek. The same water was used for drinking, cooking, and washing. It was not long before the creek was choked with sludge. A reliable clean water supply had to be found – and fast. The job of planning Bendigo’s first water supply was given to Irish civil engineer Joseph Brady. Brady estimated eight small reservoirs would be needed to service Bendigo – six for mining and two for domestic use. 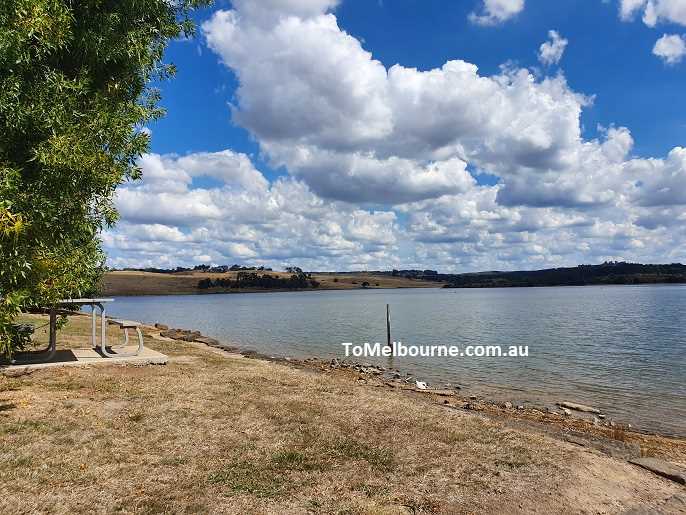 The first reservoir was built at Bendigo’s golden square in 1859. Investors had hoped to pay for it by the gold mined at the site. Unfortunately, there was so little alluvial gold left and the water so polluted, that this reservoir was soon abandoned. The No 7 Reservoir built at Big Hill in 1861 was more successful. Finally, Bendigo had water but not enough. So, Brady looked south to the Coliban River and proposed another enterprising solution. 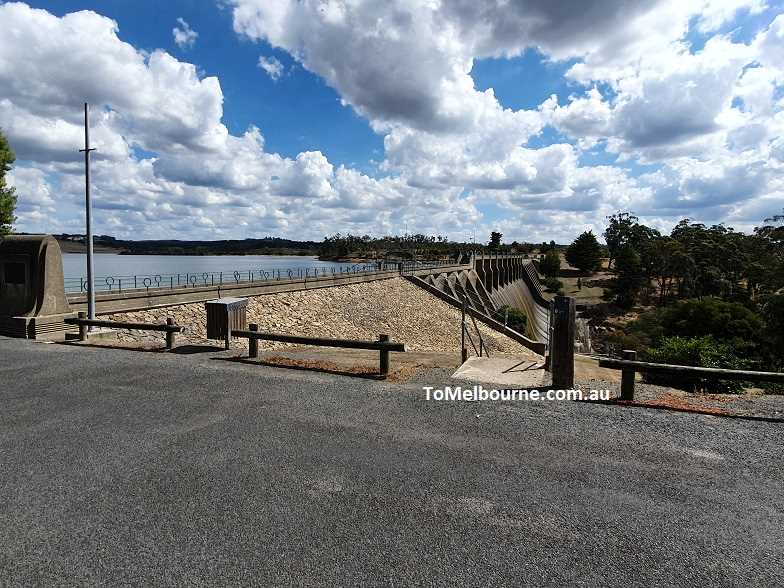 Brady’s proposal was simple but ambitious. A large earthen dam would be built across Coliban River, just upstream from Malmsbury. Water from the reservoir would be diverted along a gravity fed channel to the thirsty gold towns of Castlemaine and Bendigo. Brady’s system included 70km of open water channels, aqueducts, Syphons, and tunnels. It was an expensive scheme and Government was reluctant to build it. However, minds were changed with the great drought of 1865. Work on Malmsbury reservoir began and by 1874, water flowed to Castlemaine. Three years later in November 1877, Bendigo finally had a reliable water supply. 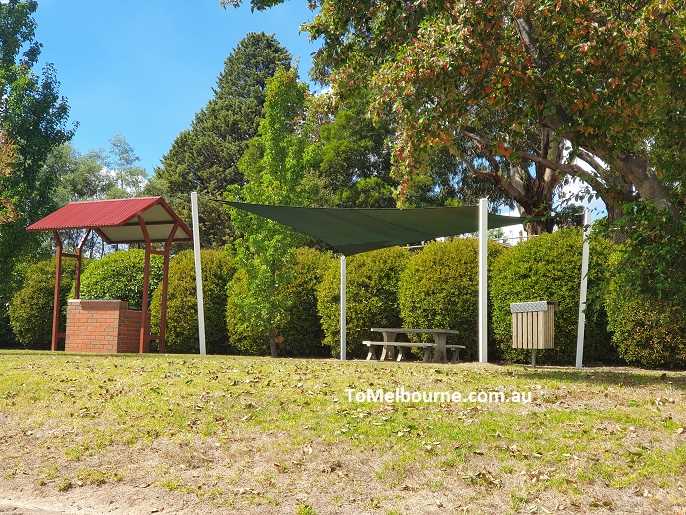 The drought of the late 1930’s saw an emergency pipeline draw water from the Waranga Western Channel to supplement Bendigo’s urban supply. But a more permanent solution was required. A third water storage site on Coliban River was proposed between Malmsbury and Upper Coliban Reservoir. This became Lauriston Reservoir. 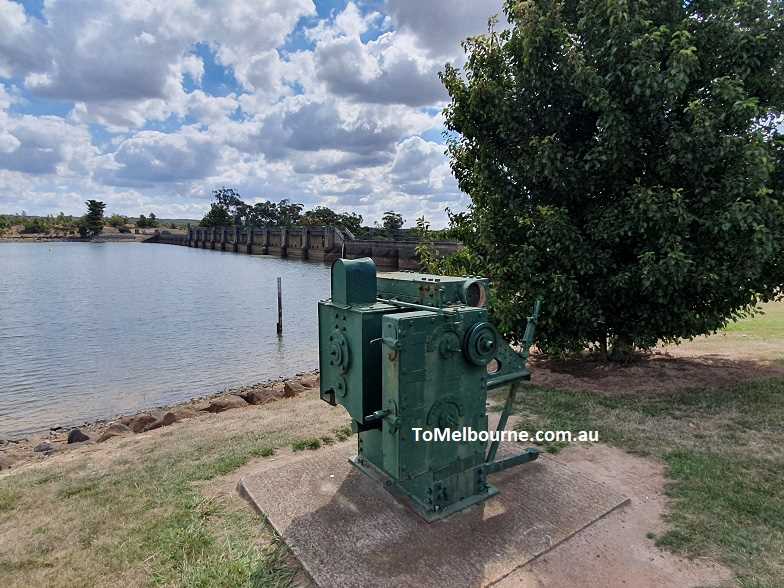 The construction of Lauriston Reservoir is particularly significant. There are only three similar in the world. Concrete Buttresses, a design that gives the dam substantial strength were poured in a situ – a technic first used a decade earlier at the Hoover Dam in USA. Completion of Lauriston Reservoir provided the deepest water storage in the Coliban River water System, thus reducing water loss through evaporation. 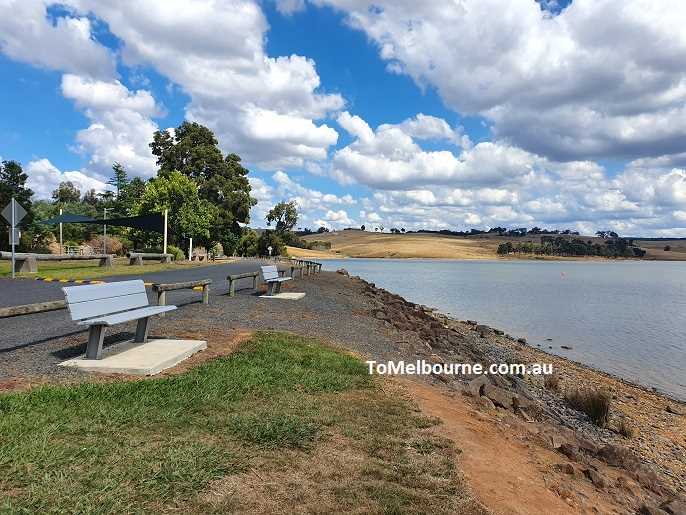 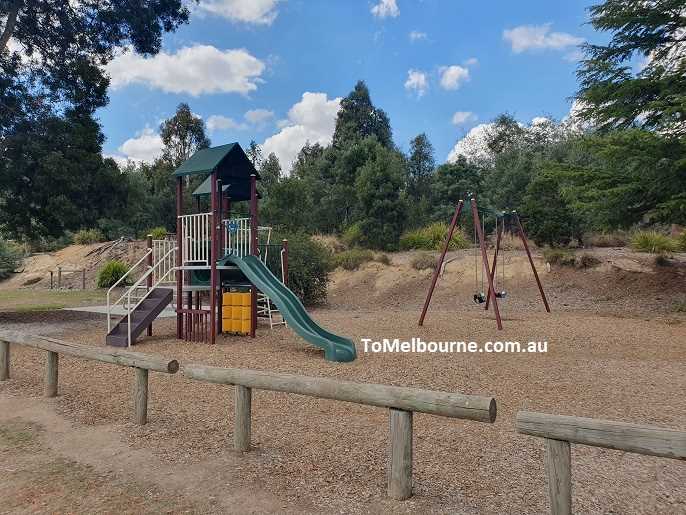 Shoreline fishing, kayaks, canoes and small portable craft (car toppers) with electric motors are permitted. On-water users cannot land or exit their craft at any location other than the designated entry/exit points. fuel-powered boats are not permitted. Inflatables Only permitted if they have an Australian Builders Plate (compliance plate). No sail craft of any kind permitted, this includes sail boats, sail boards, paddle boards and kite surfing. 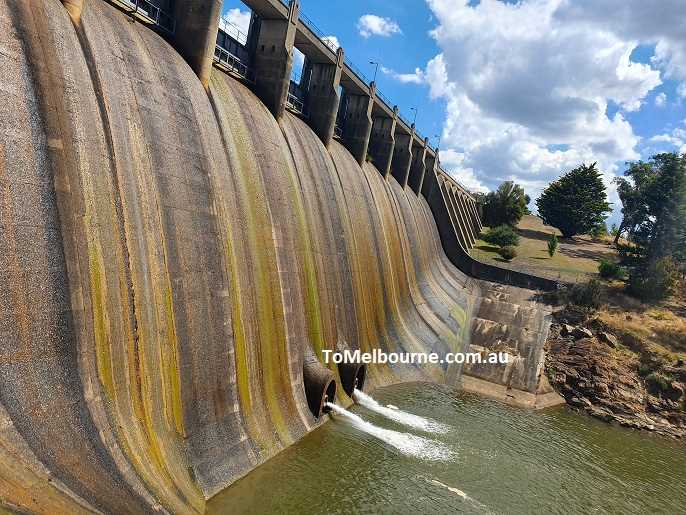 Dogs are permitted but must remain on a leash.

Camping, off-road driving and swimming is prohibited.  All of these activities pose an unacceptable risk to water quality.

Open fires are not permitted. 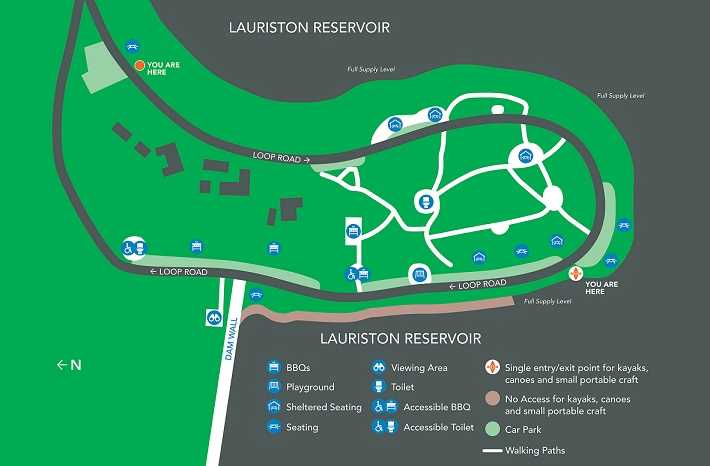 Please keep to the designated walkways and recreational areas to avoid the danger of abandoned mine shafts, steep slopes and cliffs, uneven footing and trees that drop their branches.

Recreational areas are open 8am till dusk all year round.

For details about fishing at Lauriston Reservoir visit https://fishingmad.com.au/location/lauriston-reservoir