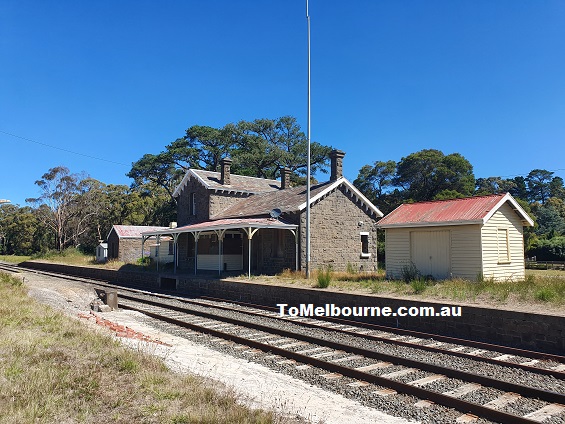 The now disused Lal Lal Railway station is situated at the township of Lal Lal, in the Moorabool Shire, 115km west of Melbourne CBD. The station has an interesting history and like all mining and pastoral towns of yesteryears, when Lal Lal lost its prominence so did the railway station. 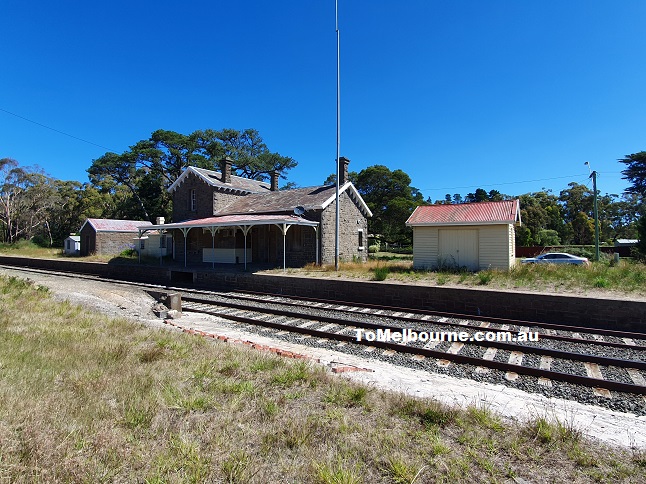 The Lal Lal Railway station was constructed by J Campbell and Co, the company responsible for building all stations along the line, except for Bannockburn. The single storied station with two story residence attached was built from bluestone with a slate gabled roof and was probably designed within the Public Works Department. A timber addition formed part of the original residence and lamp room and van goods shed were also constructed.

A 3million gallon capacity reservoir was built costing £25,000 to the north east of the station with a bluestone water tower next to it holding 20,000 gallon tank. This tank was connected to a cast iron pipe to a 6000 gallon tank at the station, from which the trains were watered. The reservoir was ready when the Railway was opened on 10th April 1862, but the station was only partly completed by that time.

In 1863, a post office was opened at the station with the station master also acting as Postmaster. In 1882 an additional shelter shed was built by Bard and Scott and in 1884 a siding was opened for the lignite mine to the south of the station. Coincidently the popularity of Lal Lal as a picnic spot combined with the success of annual New Years Day Race, led to call for branch line to service the Racecourse Reserve. This was authorised in 1884 and was constructed in time for the race meeting in 1886. 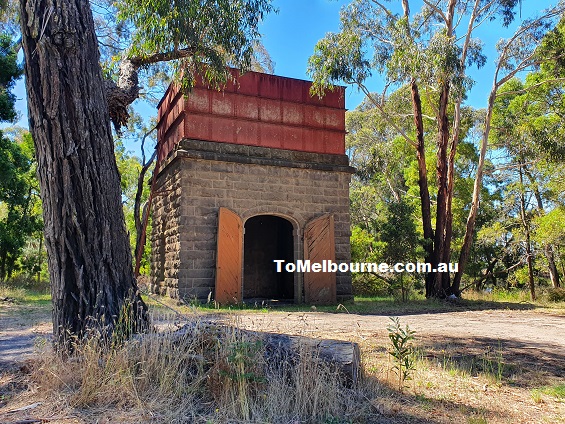 At its peak in the 1880’s and 90’s, 23 people were employed at the station, handling goods for the iron mine and the racecourse branch. There was a turntable engine repair shop and houses supplied nearby for gangers and gatekeeper. The post office was removed from the station in 1908. In 1930, the siding for the lignite mine was closed, followed by the racecourse line in July 1940. With diesel engines replacing steam, the water tank was removed in 1962. The station was effectively closed for passenger services by 1979 and de-established as a staff station in 1983.

More information can be found at http://www.stationspast.net/victoria/gheringhap-to-warrenheip/lal-lal/ 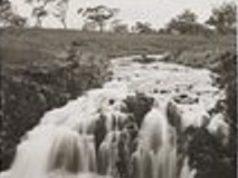