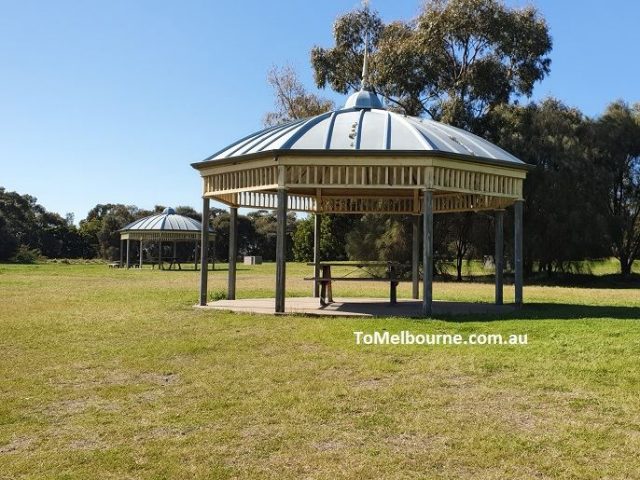 Karkarook Park is located 25km southeast of Melbourne CBD in the suburb of Moorabbin. The Park has a 15-hectare manmade lake and 6km network of walk/bike trails. The Park is popular with local for picnicking, canoeing, kayaking or sailing, fishing and bird watching. Karkarook Lake is a well-known fishing location for freshwater fish species like redfin, perch, trout, eels and carp.

The history of the place is on display at the information centre near the dragonfly observation tower. We have reproduced it below for our readers. It goes as follows, 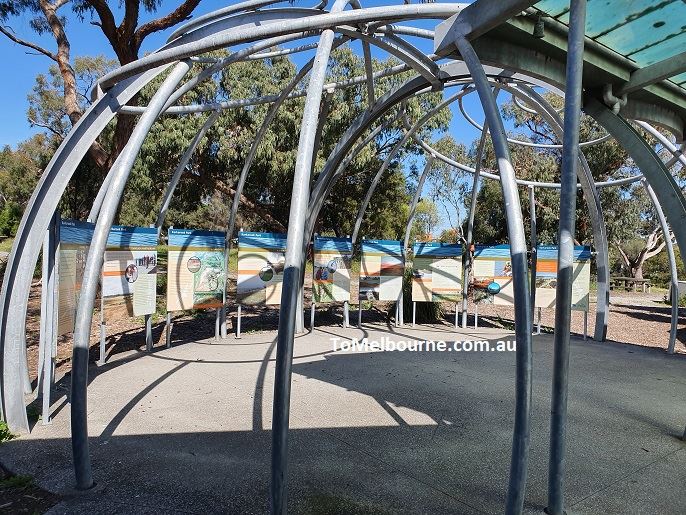 Between 1841 and 1851, the population of Melbourne doubled. The Gold rush of 1851 brought even more settlers. On those years, the sandy soils in the shire of Moorabbin were seen as a prime dumping ground for human waste. 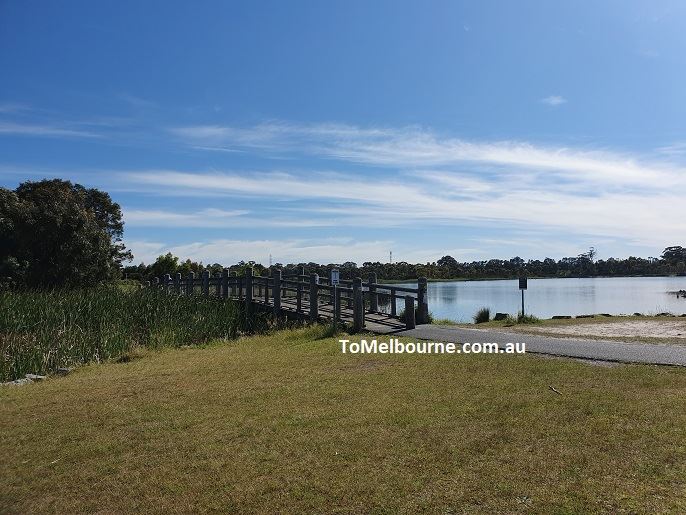 Even when the city of Melbourne had built sewage system and stopped dumping night soil, the south-eastern suburbs still had night pans and night soil depot on Old Dandenong Road. Conditions were atrocious and it wasn’t until the 1960’s that the first sewage works began with the laying of large main to service the newly established Monash University.

The area now known as Karkarook Park was cleared of vegetation and used as a collection point for hard waste such as brick and construction materials. Other parts were used for market gardens, stock grazing and horse agistment.

As a storm water retarding basin, the area was subject to flooding and not suitable for housing. The land became weed infested and strewn with rubbish. 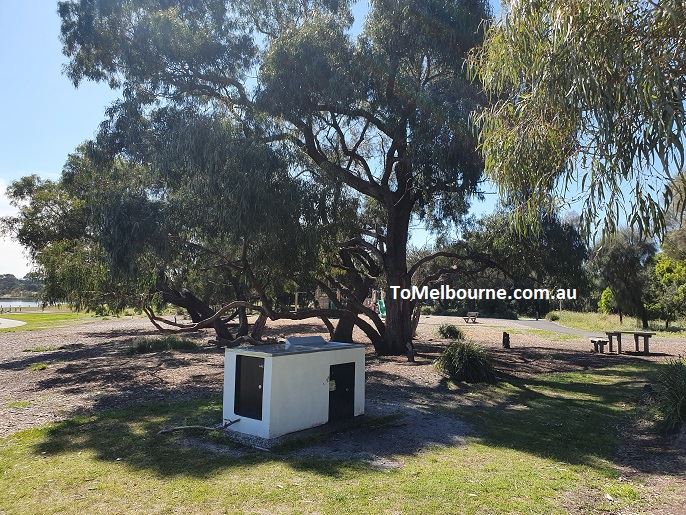 The concept of turning the site into Karkarook Park formed in the 1970’s, when the housing began to occupy much of the land in the area, and the need for open space was recognised. The site was not suitable for housing due to its previous usage. In 1994, after extensive public consultation, the sand belt open space development project was launched. The first stage in the plan was the development of Karkarook Park. The name  ‘Karkarook’ was selected through a community competition, and it was aboriginal term for a ‘’sandy place’’. The Park was officially opened in 1995.

It was agreed that the valuable sand could be extracted so long as the place was restored into a landscape suitable for passive recreational pursuits with environmental benefits. Ready Mix Limited and Boral Resources (Operating as Heatherton Sands) were successful and after negotiations sand mining began in 1997. 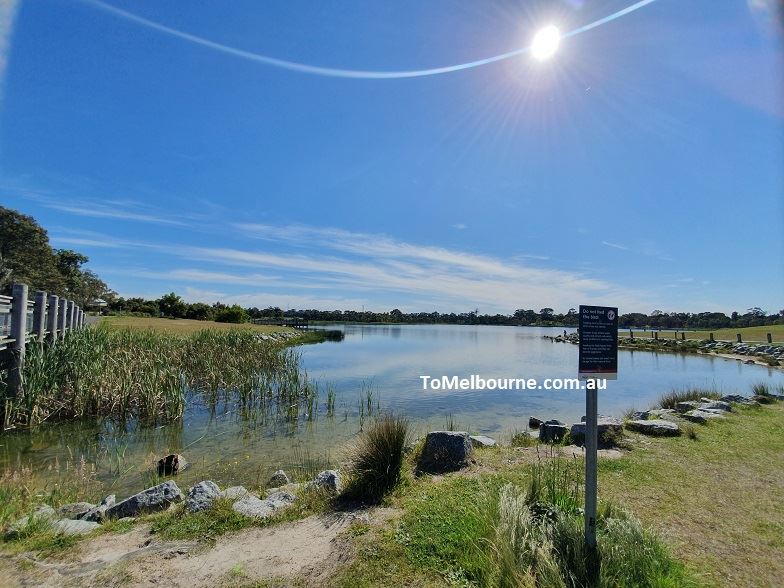 To remove the sand, first topsoil had to be removed. The sand has been mined by hydraulic sluicing where high powered water cannons were directed at the sand face. The resulting sand and water slurry was then pumped through a pipeline under Barkers Street and washed and classified at the Heatherton Sand Supplies site.

Sand extraction was conducted between August 1997 and September 2000, and a total of approximately 2 million tonnes were removed for use in building and construction materials such as concrete, tiles, asphalt, and other road materials.

Ready Mix and Boral helped to restore the stie to a Parkland landscape by building gazebos, bridges, and pathways. The royalties from the sand were also paid by Ready Mix and Boral to Parks Victoria to finance other park infrastructure.

In 1997 tragedy struck, when a grass fire burnt 60 hectares of grassland in and around Karkarook Park. It took more than five hours, sixteen fire units and 65 fire fighters to bring it under control. The fire had destroyed more than $150,000 worth of seedlings and the revegetation had to start all over again.

Through the same year, revegetation work by Rangers, contractors and the community continued, with the creation of further indigenous garden beds. Sand extraction by Ready Mix and Boral in conjunction with Parks Victoria, in the future lake area was in full swing and ahead of its projected schedule.

The wetland system established in 1998, began to mature encouraging a larger variety of bird and animal species in the park. The spotted marsh frog, purple swamp hen, Latham’s Snipe and Australian Grebe are just a few which have been recorded. The wetlands were open to public in June 1999. In 1999, the friends of Karkarook Park were established. 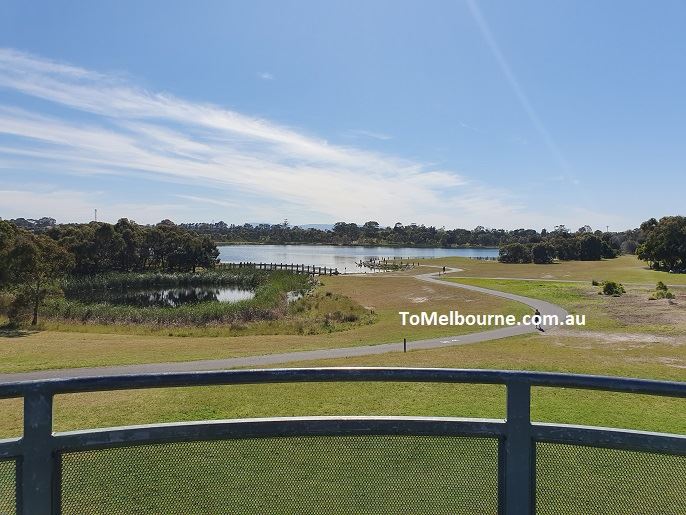 Lake edge landscaping was completed in 2003. This includes asphalt trail system, two piers, the bridge and the rock retaining wall. Bore 1km southeast of the park was used to fill the lake with water. This took three years. Evaporation during summer reduces water level and bore water is used to refill the lake

The first play equipment was installed when a playground was donated from the closure of Heatherton Primary School. Revegetation work continued; an additional 12,000 native shrubs and grasses were planted by Rangers, School groups, Karkarook Friends, and members of the community.

The fifteen-hectare lake at Karkarook park is suitable for range of activities including canoeing and bird watching. A trail system around the park is perfect for a casual cycle or power walk. BBQ and picnic facilities are available set amongst mature trees and next to the lake.

Dogs are welcome to visit but for the sake of wildlife and other visitors must be kept on a lead except within the designated off leash area.

Park has a carry in carry out policy for rubbish, so what you bring needs to be taken out with you.

Public Transport : Buses 700 and 701 from Mentone or Oakleigh

Dragonfly picnic area got individual tables and a children’s playground close to the picnic facilities. Dragonfly observation tower overlooks the park and lake to the north.

The lake walk has a total distance of 1.8km and begins at the small pedestrian bridge and circles the lake. There is a picnic area near the lake walk.

Prohibited activities at the park

No motorised watercrafts including Motorboats and jet skis

No Yabbying or tad poling 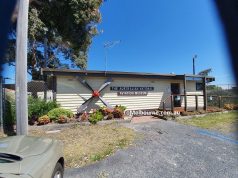