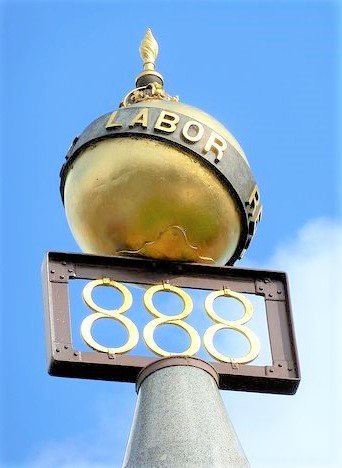 In the late 1880’s a committee was formed to organise funds and to erect a monument for the Eight Hour movement. The site was chosen in 1890 at  the Carpentaria Reserve (now the Gordon Reserve) in Spring Street near the Parliament Building in Melbourne. 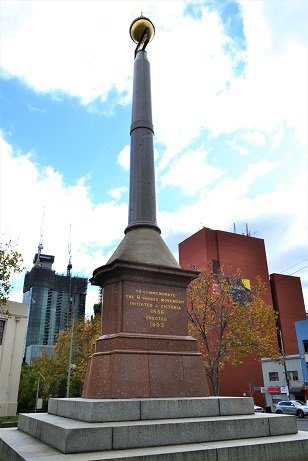 The original proposal was to erect allegorical life size figures of a man and a woman representing the march of intelligence and labour by prominent sculptor Percival Ball. A female figure with a lighted torch in right hand to symbolise her illuminating power and labour is represented by a male figure with a hammer over the shoulder and a wedge in the right hand. In the background a column bearing the words “Eight Hours”. Between £1500 and £2000 was required to carry out the design but by the time the committee had done the preparatory work the funds nearly exhausted. The unfinished monument stood there for years and in 1902 fresh efforts were made to complete the work.  The original design of the monument was changed to reduce the cost.  A new design submitted by J. Rees, one of the pioneers of the movement was accepted. 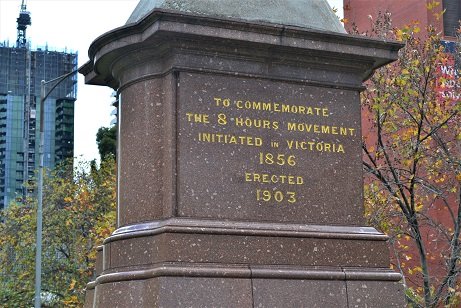 In 1903 in Spring Street between Collins and Bourke Streets, the monument to the pioneers of the 8-hour monument was unveiled. It stood almost opposite to the Grand Hotel. The monument made of Harcourt granite stood around 25feet, decorated at the top with a globe. It rests on solid grey granite and for the rest consists of a rounded pillar of same material. The globe at the top is encircled by the words, ‘Rest, Labor & Recreation’ More than 1500 people attended the unveiling ceremony. The monument was unveiled by the pioneers of the movement.

On 13th February 1924, the monument was removed and re-erected at the corner of Victoria and Russel Streets, near the Trades Hal in Carlton. The monument, for the second time was unveiled by 95-year-old R. Honeybone, who was one of the pioneers of the Eight-hour movement. 79 year old D. Wood who with his brother marched the first procession in 1856 as a ten year old boy and G.A.Stephens, son of James Stephens, the recognised founder of the movement were also present for the ceremony. 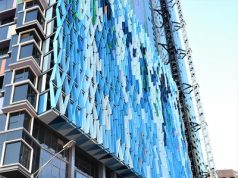 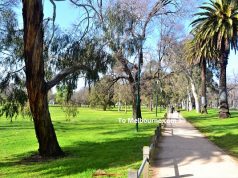 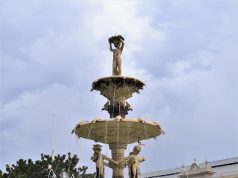 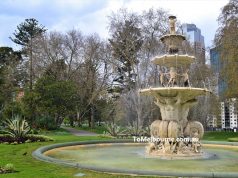 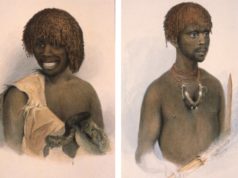 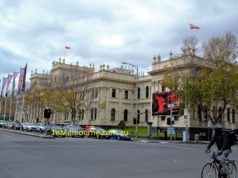 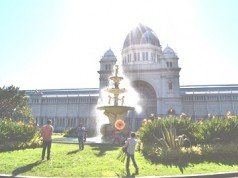