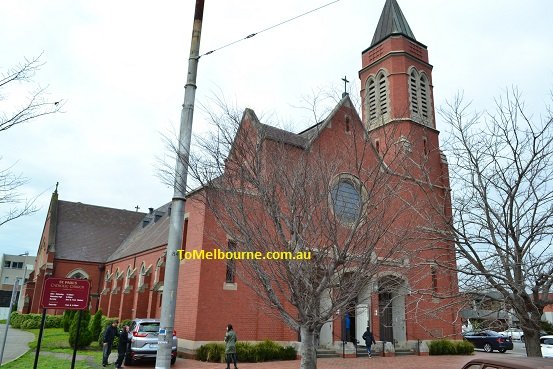 As the population of Catholics increased in Pentridge (old name for Coburg), in March 1850, The first Bishop of Melbourne, Bishop Goold made a personal application to the Government for a grant of land to build a church and two acres of land was allotted the following month. Dean Coffey, the acting Vicar General started collecting money for the church. The foundation stone was laid by Bishop Goold on Sunday 30th June 1850 in the presence of a large concourse of people from Melbourne and Pentridge. The ceremony was attended by Father Mathew Society with his teetotal band from Melbourne. 70 pounds were collected from the gathering for the construction of the Church.

After the blessing of the stone, an adjournment was made to an adjacent marquee, where a mass was celebrated. This was the first mass celebrated in Coburg.  But by then Gold was discovered in Victoria and the cost of labour has increased significantly, which left the church unfinished for nearly three years. The incompetence of the builder was also a reason for the delay. Services were held at a roofless church with half completed walls which soon cracked and became dangerous.  A new bluestone building was designed by Samuel Jackson in 1852 and was completed in 1855. Bishop Goold dedicated the church on 12th August 1855.  The building was demolished in 1887 to build the current red brick structure.  The new building was completed in 1894. The building is a red brick Gothic revival construction with a tower at the South West Corner topped with a metal clad spire and a crucifix. The multiple gabled roof is slate. 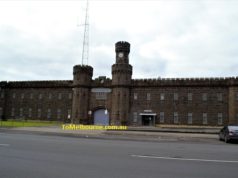 Why the name Pentridge was changed to Coburg? 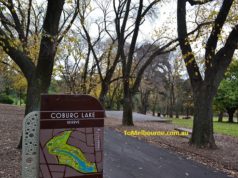