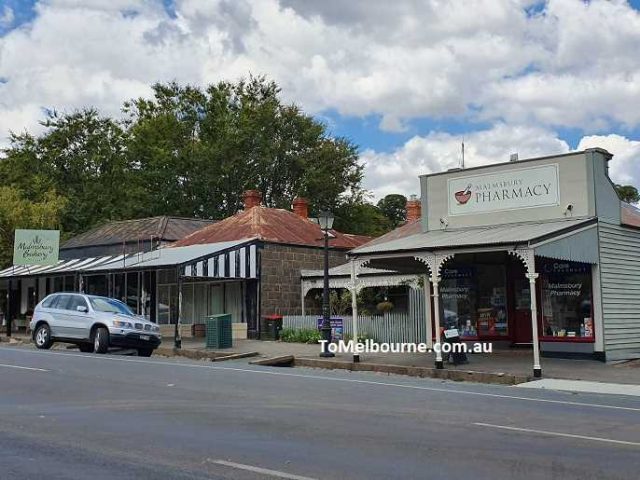 The township of Malmsbury is situated 95km north west of Melbourne CBD, in the shire of Macedon Ranges. Before the European arrival, the area was inhabited by Dja Dja Wurrung aborigines. Until the Goldrush of 1851, squatters occupied the area raising their sheep and cattle. A rare combination of Gold, Bluestone, and its position en-route major gold fields of Bendigo and Castlemaine were Malmsbury’s foundations. 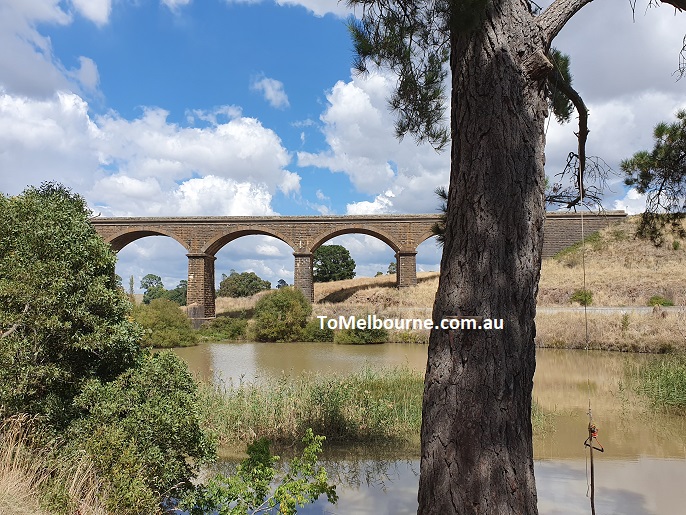 The Coliban pastoral run of Alexander Fullerton Mollison which was established in 1837, on the west side of the Coliban River encompassed the areas of Malmsbury, Taradale. The run stretched from Mount Macedon to Mount Alexander  and extended  as  far  west  as  Mount  Franklin  where  he  had  an  outstation  by  1840. Alexander Fullerton settled in the area with 49 servants, two overseers, 5000 sheep, 634 cattle, 28 bullocks and 22 horses in 1827 inspired by the accounts of Major Sir Thomas Mitchell’s Australia Felix.  His brother William Thomas Mollison joined him in 1838.  In 1840 Mollison sold 32,600 acres of the southern part of his run to Thomas Clowes and his brothers Robert and Henry, which became known as ‘Woodside’. 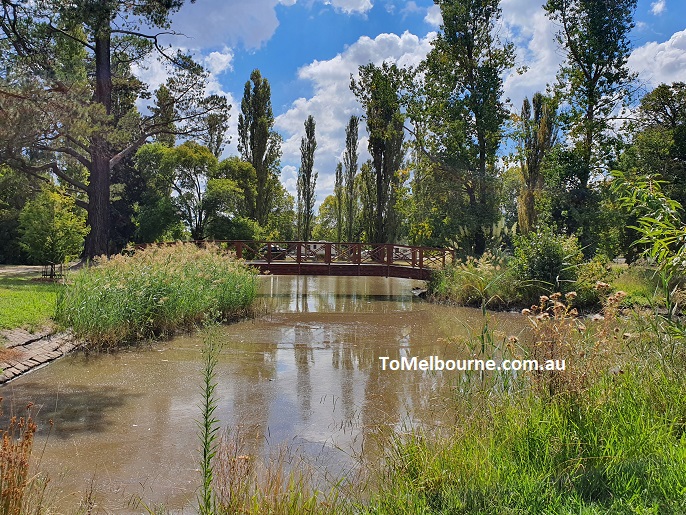 With the discovery of Gold in Bendigo and Castlemaine, Malmsbury became a popular camping ground for diggers on the way to goldfields. The fortune seekers camped near the Coliban River, waiting for a safer time to cross the river.

In 1851, land was surveyed and reserved for the Malmsbury township. It is assumed that the township was named Malmsbury around this time after the third earl of Malmsbury, James Harris, who was the British Foreign Secretary at that time. The land where Malmsbury Botanic Gardens now stands was reserved for public use in 1855 and approved for the use for a botanic garden in 1857. 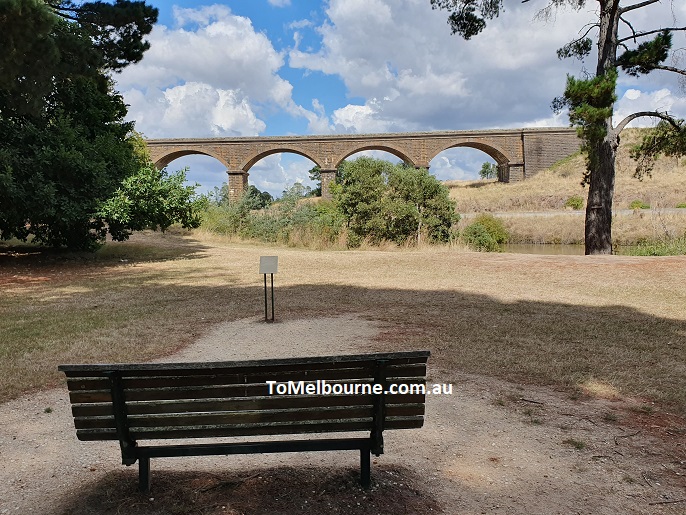 In 1855 Government erected a Chisholm shelter at the present site of Mechanic’s institute at Malmsbury for the convenience of travellers especially woman and children. This free shelter was also used for holding religious services until churches were built.

For the benefit of our readers, we are quoting the experiences of an early white traveller who resided at the Chisholm shelter

. A letter written in March, 1858, by Kish Guy to his parents in England (“Vic. Hist. Mag.”) contains a word-picture of these well-meant conveniences:

“I slept at the Malmsbury shelter-shed. These shelters are five or six miles apart all up the Mt. Alexander road from Melbourne. They were built by or at the suggestion of the celebrated Mrs. Chisholm for the accommodation of newly arrived immigrants and others. It is a long building, divided into three compartments, the middle one being the kitchen and sitting room: one end is the bedroom of the family who keep it, and the other end is the dormitory of the lodgers. This division, with regard to comfort, is much inferior to an English barn. Down each side is ranged a row of strange-looking machines they call bedsteads. By paying 6d. you may lay on the floor, but by paying 1/ you are admitted to the luxury of placing yourself on one of the aforesaid machines. But you soon find it is by no means the kind of thing to rest your bones upon, there being no bed-unless you call a canvas bag with a hatful of straw in it a bed. It is impossible to fallout, for if you rolled off your own you must roll on -to somebody else’s-an occurrence not desirable when a person sleeps, as I did one night, with a repulsive Chinaman on one side and a more disgusting nigger on the other.”

Diggers on the way to Bendigo and Castlemaine found gold at Malmsbury in 1858. Malmsbury was growing in population and affluence. In 1862, Chisholm Shelter was renovated for use as Council Chamber by the Borough of Malmsbury. The Malmsbury Mechanical Institute was formed in 1862 and the Borough of Malmsbury granted the space to the Mechanics Institute. The site was purchased by the institute in 1871. The two front rooms of the present building were built in 1876. The federal hall at the rear was built in 1896.

In 1856, Mount Alexander and Murray River Railway Company was persuaded to sell their under-construction Bendigo line to the Government and the Victorian Railways department was formed. Malmsbury Viaduct was constructed part of the Melbourne to Bendigo Railway line. The foundation stone for the viaduct was laid by then Commissioner of Public Works, G.S.W.Horne on 25th October 1859, in the presence of nearly 500 people. The keystone at the centre of the arch was fixed on 25th October 1860 by Dr Greaves, Commissioner of Crown Lands. Malmsbury Viaduct, which is the largest masonry structure in Victoria, required 132,000 cubic feet of bluestone. The blue stones were quarried from Malmsbury itself and at that time 500 people were employed quarrying blue stone for the railway work. Malmsbury blue stone was considered of remarkably high quality devoid of large pores. During the construction of the railways, population of the Malmsbury increased from a few hundreds to nearly a thousand. This viaduct is one of the earliest structures to use Portland cement in Victoria. Malmsbury Railway station was opened on 21 October 1862 and is located on the Deniliquin line.

Malmsbury Reservoir was built part of the original Coliban Water System to supply water the Goldfield townships of Bendigo and Castlemaine. It was designed by Irish Engineer Joseph Brady. It was one of the eight reservoirs designed by Brady. Construction began in 1866 and was completed in 1877.

Like all mining towns of Victoria, Malmsbury lost its glitter as supplies of Gold diminished. The 2016 Census puts Malmsbury’s population as 811. 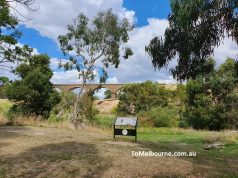 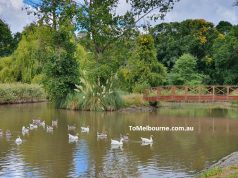