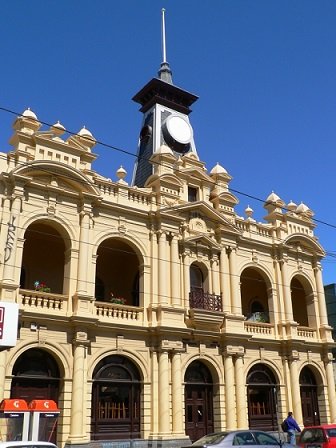 The European settlement in Melbourne commenced with the arrival of John Fawkner’s ship “Enterprise” from Van Diemen’s Land. As the population of the European settlement grew, the original inhabitants of Melbourne, the aborigines were pushed out of their land. In 1838, Government land sale began for suburban and country lots. As Melbourne grew, in 1842, the present suburb of Fitzroy was officially named Collingwood.  The east of Smith Street became known as East Collingwood.  Until 1851 East Collingwood remained almost rural with only a handful of cottages and Inns. It was not until 1873 that the ‘East’ was dropped from the name, long after the Western area had been renamed Fitzroy.

In the early days of settlement most of Collingwood was swampy plain known as Collingwood Flat and was notorious for flooding. From 1850, right from the Gold rush years, Collingwood boomed with the influx of immigrants looking for Gold.  In 1855, Municipality of East Collingwood was the first suburban Municipality to be proclaimed which included Collingwood and Abbotsford. Collingwood even had a Goldmine. The Collingwood Gold Mining Company was formed in the 1860’s and a shaft was sunk through bluestone to a depth of more than 100 feet not far from the present Town Hall. But the Company collapsed soon.

One name that is synonymous with Collingwood of early years is that of Dr Singleton. He was one of Melbourne’s most active and generous philanthropists. In early 1869 he established the Collingwood Free Medical Dispensary. The dispensary gave free medical attention to the poor and provided spiritual guidance from tracts. He also established a night shelter for homeless women.

Collingwood was badly hit during the depression of 1920’s with many factories closing, which left, half the working population unemployed.

Since the 1870’s the Smith Street was Collingwood’s Commercial Centre. George James Coles opened his fist Coles Variety store in partnership with his brother in Smith Street in 1914. On those days due to the lack of refrigeration people shopped daily for groceries. Collingwood was also famous for its hotels and pubs. As early as 1870’s there were 33 pubs in Collingwood.

Collingwood is also synonymous with Collingwood Football Club. The Club was founded in 1892 at a small meeting in a back parlour of the Grace Darling Hotel in Smith Street and the Magpies won their first premiership in 1896. Magpies were once housed at Victoria Park and are now based at the Melbourne Cricket Ground (MCG).

Between 1914 to 1947 Collingwood’s population fell from 36,000 to 27,000. After the World War II, Greek and Italian migrants began settling in Collingwood and adjoining areas.

2016 Census, puts the population of Collingwood at 8513 with 4615 private dwelling and average 2 people living in each dwelling. Nearly 50% of the population described to have “No Religion” in the Census. The median house price in Collingwood is around $1.2 Million.

Further Reading:  In Those Days – Collingwood Remembered – Published by Carringbush Regional Library in association with the Collingwood City Council. 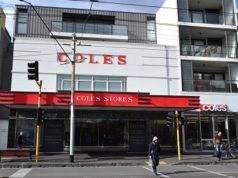 The Coles Supermarket at Smith Street in Melbourne