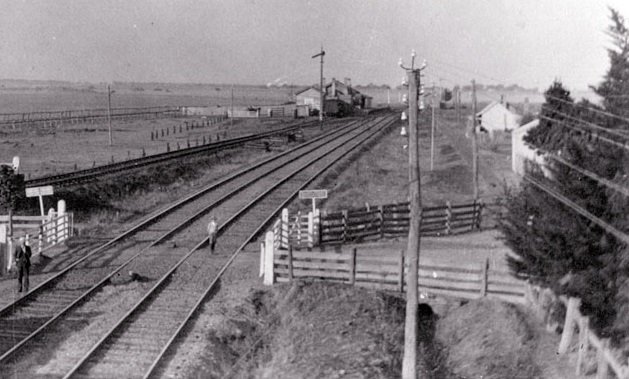 Europeans settlers moved to Broadmeadows area in the 1840s which was inhabited by the Wurundjeri people. Before The New South Wales Governor’s proclamation dated 2nd September 1835, proclaiming all the treaties made in Melbourne void and settler trespassers, the area that constitute today’s Broadmeadows was included in the territory John Batman claimed for himself after his Melbourne Treaty.   In 1824 – 25, explorers Hamilton Hume and William Wilten Hovel made their journey into the area around Broadmeadows as a part of their overland investigation between Lake George and the South Coast. Squatters have occupied the area and used it as pastoral land even before the Government Surveyor, Richard Hoddle arrived in Port Phillip Bay. In 1838, the Government instituted a system of charging £10 annually from the squatters until a permanent system of ownership was established. In 1850 a Government survey laid out a township named Broadmeadows, which is today’s Westmeadows. In the same year a report by Argus describes the sudden growth of the country area near Glenroy and Moonee Ponds, saying, the ground lately sold in half acres has been bought by the labouring classes. Around that time, The St Paul’s Church of England was built and was opened by the Lord Bishop of Melbourne. A school was already established in the area by the locals.

Broadmeadows is believed to have got its name from a hotel in the area of the same name. Broadmeadows is one of Melbourne’s oldest districts. A police station and a hotel in Ardlie Street in Today’s Westmeadows formed the first village centre. East of that Village Centre lies today’s Broadmeadows and its town centre was Campbellfield. By 1867, the idea of having a railway line connecting Broadmeadows and surrounding areas to Melbourne were raised.  By 1869 the route of the railway line was decided. From 1871 – 72, the newly constructed railway lines were opened in stages and at first only stopped at Broadmeadows on request. The Broadmeadows station was two kilometres east of the Village Centre which became a detrimental factor for the growth of the suburb.

After the outbreak of World War, I the Australian Army established the Broadmeadows Military Camp in the open area between Broadmeadows and Campbellfield. Defence Authorities had for some years been considering the merit of Broadmeadows as a site for a training establishment. The Broadmeadow site became the main camp for the reception and training of recruits for the AIF from Victoria

The great depression that lasted from 1929 to 1939 hit Broadmeadows hard like the depression of 1890’s leaving a myriad of undeveloped buildings. By the 1940’s the land which was once the scene of dairy farms, orchards and gardens became sterile and weed infected as a result of the recession.   In the late 1940’s the Victorian Government was looking for a spot to build housing Commission flats and finally decided on Broadmeadows. The housing Commission of Victoria acquired land to build a model city. It was the first project undertaken by the housing commission of that magnitude. The new development also attracted some small scale industries to the area. The building on 2,226 ha. Housing Commission estate in the Broadmeadows area began in 1949.

On 15 December 1994 Broadmeadows city was united with most of Bulla Shire and parts of Keilor and Whittlesea cities to form Hume city. Today Broadmeadows is an established residential and industrial area, with some military and commercial land use. Nearly 36% of the residents in Broadmeadows are Muslims with countries of origin from Lebanon, Iraq, Turkey and Pakistan. It is a working class suburb, with a median house price above the half a million mark.