No visitor to Melbourne can say they truly experienced the atmosphere of the city until they have taken a ride in a Melbourne tram. Trams form a major part of Melbourne’s public transport system. By 2019, Melbourne tramway has become a mammoth network which services 24 routes with nearly 500 trams spanning 250km of double tracks with 1763 tram stops making it the largest operational urban tram network in the world.

The vision of few entrepreneurs who spot an opportunity, made Melbourne Trams a reality, in its early days as a colony of settlers. Some of them were land developers who established tramlines as a gimmick to sell land in their new subdivisions. But others saw the need for better transport options for the general public and took the risk to provide it keeping an eye on the profits they can make out of it. One such gentleman came from the United States to Melbourne during the Goldrush and his name was Francis Boardman Clapp. He became a coach agent in Melbourne and later began running coaches from Melbourne to Ballarat.

In the 1860’s Clapp went on a trip to Britain and America and was back in Melbourne in 1868, organising a new coaching firm, Clapp and Co. focusing mainly on mail contracts.  Clapp and Co later amalgamated with Robertson, Wagner and Co., then the principal proprietors of “Cobb’s Coaches.”

In 1869, Clapp imported, “Broadway Stages” from John Stephenson’s factory in New York and formed a new venture along with William McCulloch and Henry Hoyt and named it “Melbourne Omni Bus Company”. The company began operations on 23rd March 1869, running buses from the Birmingham Arms in Fitzroy to Spencer Street.   By 1882 the company was employing 470 men and had 178 omnibuses running on 15 routes, and utilising over 1,600 horses.

Taking inspiration from the first cable tramway that opened in Clay Street in San Francisco in 1873, Clapp took out a Victorian patent in 1877 and setup “Melbourne Tramway and Omnibus Company. Cable trams came with one open dummy at the front and a closed car behind. A moving cable, powered by steam engine, passed below the road and the dummy contained a grip mechanism that attached or detached the tram from the moving cable. The tram set could accommodate 24 passengers seated inside and 34 standing. Initially all tram cars were imported from New York but in later years the company started manufacturing them at their workshop in Nicholson Street, North Fitzroy.

The dubious distinction of Melbourne’s first tramline goes to the line ran from Fairfield Railway Station to Charles Henry James land development known as Fairfield Park, which was more or less a sales gimmick to attract potential buyers. The service opened on 20th December 1884 but closed by 1890 when sales fell off due to depression that gripped Australia.

In 1883, the colonial Government passed the Melbourne Tramway and Omnibus Act, under which local councils whose streets would become part of the proposed network set up the Melbourne Tramways Trust to build tracks and powerhouses for the cable trams. The construction of the lines began in 1885. The first line was opened between Melbourne and Richmond. The first cable cars on the Richmond line ran on 11th November 1885, from the corner of Bourke and Spencer Streets to Flinders Street, Wellington Parade and Bridge Road to the Hawthorn Bridge.

The cable tramway system was completed in 1891, with 15 car houses and 10 engine houses.

The trams were colored, red, blue, yellow, green, and white, indicating different routes. Outer suburbs of Melbourne entered into arrangements with smaller local companies to establish horse car lines – Brunswick through Coburg, from Elsterwick to Glenhuntly, and from Beaumaris to Cheltenham and Sandringham. The line operated by Beaumaris Tramway Company from 1887 to 1915 between Sandringham and Cheltenham railway stations, Caulfield Tramway Company’s line from Elsternwick, Caulfield and Glenhuntly railway stations from 1889 to October 1902 and The Northern Tramway Company’s  horse tramline along Sydney Road from the Brunswick cable tram terminus operated between 1889 and 1915 are worth a mention when exploring Melbourne’s tram history. Conductors collected fares using a bell punch. On those days tram conductors did not issue tickets to the passengers, instead punched a small hole in the long carboard trip slips that the conductor pinned to his uniform. At the end of the shift, the ‘confetti’ collected in the punch was counted to balance with the amount of money taken.

The first electric tramway in Australia was opened on October 14, 1889, from Box Hill to Doncaster, a distance of about two miles. The line was constructed in 1889 by a group of land developers using equipment left over from the Centennial International Exhibition of 1888. This route serviced mainly casual traffic to Doncaster tower. The service was discontinued by 1896.

Electric tramways became more common since 1906. The North Melbourne Electric Tramways and Lighting Company Limited (NMETL) built a line to the north west suburb of Essendon. Then Victorian Premier Sir Thomas Bent forced The Victorian Railways (VR) to build a line in the south east from St. Kilda to Brighton, primarily to inflate the value of his real estate interests in the area.

Prahran and Melbourne Tramway Trust (PMTT) was formed in 1910 and opened its first tramway. PMTT grew rapidly to operate in 7 municipalities with 100 tram cars. PMTT’s success resulted in the formation of four other municipal tramway trusts.

The Hawthorn Tramway Trust was established in 1914, taking over the Hawthorn horse tramway. The Melbourne, Brunswick & Coburg Tramways Trust was formed in 1914, following the takeover of the former Northern Tramway Company’s Sydney Road Horse tram operated by the Coburg Council in 1911. The Fitzroy, Northcote & Preston Tramways Trust (FNPTT) was created in 1915. The Footscray Tramway Trust though established, did not commence operations under its own name, having been absorbed by the Melbourne & Metropolitan Tramways Board (M&MTB),.

The development of the trusts saw the electrification of the remaining horse tramways in Hawthorn, Coburg and Kew, leaving the Zoological Gardens line in Royal park as the last horse tram in Melbourne.

A Royal Commission was held in 1911, on the Railway and Tramway system of Melbourne and suburbs which recommended the formation of single tramway operator in Melbourne.

Melbourne Tramway and Omnibus Company’s lease of the tramways expired on June 30, 1916, and control was assumed by an interim Melbourne Tramways Board (MTB). The conversion of the cable lines to electric traction was not entered upon until 1925, and, owing to various causes, has taken 14 years to complete. The Melbourne Tramway and Omnibus Company (MT&OC) was finally de-registered in 1922.  As the cable trams gave way to electric trams, the ticketing system (bell punch) of making holes in carboard also was replaced. By 1922, fares were collected by issuing tickets to the passengers.

In 1918, Parliament passed an act creating the Melbourne & Metropolitan Tramways Board (M&MTB), which acquired the interim MTB and tramway trusts. M&MTB did not incorporate VR or NMETL. M&MTB put in place a scheme to convert all cable tram routes to electric trams. NMETL was acquired by M&MTB in 1922.

In 1926, Swanston Street to Brighton cable tram was changed to electric line. The same year W Class tram cars were introduced painted in Green and Cream colours. 1926 also saw the opening of the Preston Workshop.

The breakout of Second World War put enormous pressure on Melbourne’s tram system due to the shortage of men and materials. Female conductresses were employed to replace men on war duty. This was the first time in Australia, women achieved equal pay with men.

In October 1949, Brigadier RJH Risson was appointed as chairman of M&MTB. Under his leadership M&MTB underwent modernisation and survived two most challenging decades. The 1970’s saw falling patronage and mounting costs, which forced the Government to subsidise the operation of the Trams and M&MTB fell under direct Government control. The first new tram in 18 years, Prototype Tram 1041 came out in 1973 and production of Z class commenced in 1975, to replace W2 Class trams.

In 1983 the M&MBT amalgamated with the Victorian Railways suburban services and became Metropolitan Transit Authority.  “The Met” became the trading name of the new entity.  In 1993, Public Transport Corporation came into existence to operate the Melbourne public transport system but continued using “The Met” as its trading name.

In the 1990’s Government introduced scratch tickets as a preliminary step to eliminate conductors from the trams to cut the cost of running, which resulted in industrial action. City Circle Tram was introduced in 1994. The Kennett Government initiated the process of privatisation with the sale of most of M&MTB’s bus routes to National Bus in 1993. Automated Metcard Ticketing system was introduced in 1996 to reduce the dependence of human labour and make the system more cost effective. Needless to say, all tram conductors were retrenched by 1998.  In 1997, Kennett Government announced the privatisation of the entire tram system by splitting it into two corporate entities, Swanston Trams and Yarra Trams.

Swanston Trams were taken over by National Express, owned by the British and rebranded it as M>Tram. MetroLink Victoria Pty Ltd, a joint venture between Transfield Services (50%), Transdev (30%) and Egis (20%), took over the Yarra Trams services on 29 August 1999. Transdev bought out Egis’ share in 2000 and MetroLink Victoria became part of TransdevTSL in 2007.

In 2002, National Express left the M>Tram franchise and the State Government temporarily took it over. In 2003, the Government announced its intention to form one company to operate both the networks and in February 2004, an agreement was reached with Transdev TSL to operate this entity under the Yarra Trams brand.

When rest of the world, ditched Trams for other modes of transport, Melbourne enhanced and extended its tram network. Today the city even runs heritage trams on some of its routes as a tourist attraction and with an increasing patronage every year, all indications points to a very long life ahead for Melbourne’s tram network. 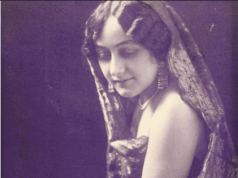