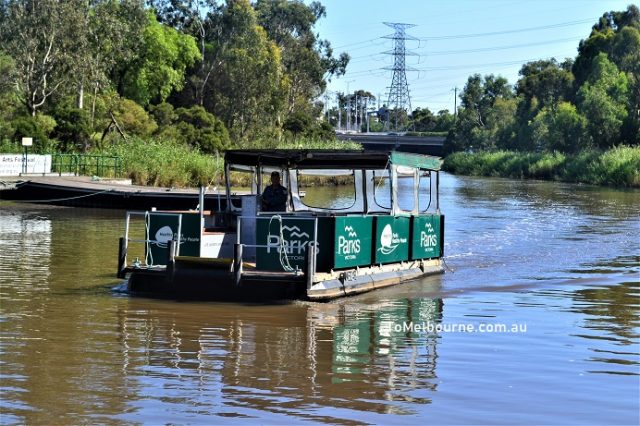 The 3.2-hectare man made Herring Island is situated in Yarra River at the inner suburb of South Yarra just 3km from city centre. Though so close to the city, it remains a pocket of tranquillity and provides visitors a sense of isolation from the city life. 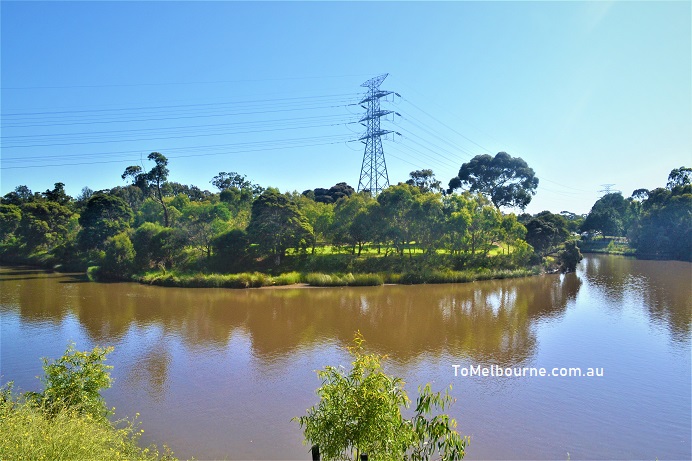 In the late 1800’s this area formed part of Richmond Quarries, and the basalt quarried from here were used for building roads in Richmond. Yarra River, by the time it reached the Richmond – Prahran area was slow moving, carried large amount of water and was prone to flooding. 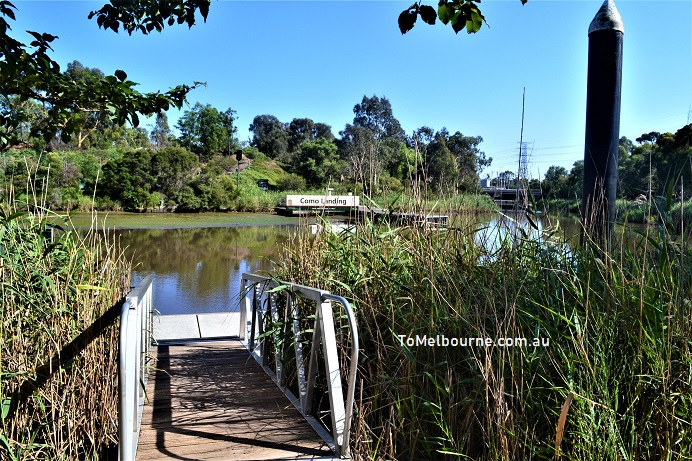 In 1929 as a part of the flood alleviation works on Yarra river, a new river channel was established by severing a portion of the land creating what eventually became known as Como Island. 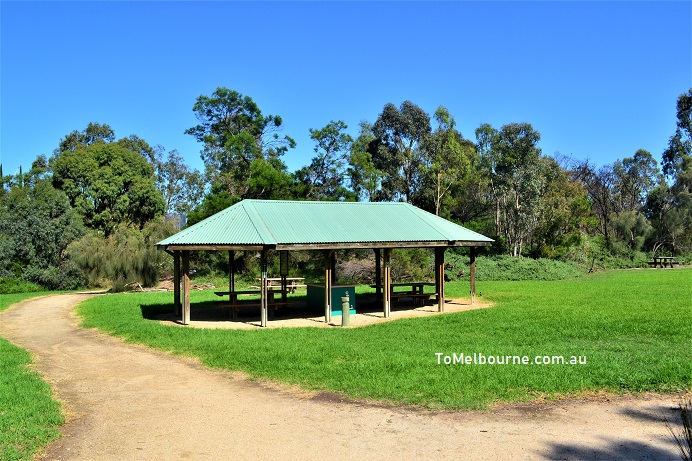 Levee banks were built on the island and trees were planted in 1932. But the worst flood on record so far Yarra experienced, happened in 1934 which swept the banks and the newly planted trees far out to sea. 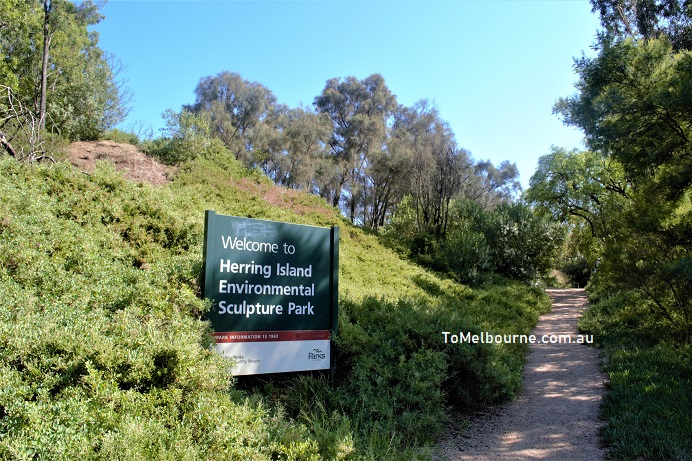 In 1951, the island was leased to Scouts Association.  The Island was known as Como Island until 1951, when Victorian Governor Sir Dallas Brooks went there on an expedition to take possession and name the island. The island site was used by Board of works to dump dredged up Yarra slit. The Sea Scouts rowed the Governor to the Island and in a brief ceremony, he formally took possession of the island in the name of Boy Scouts Association from the Minister of Lands, Sir Albert Lind. Earlier the Scouts were given an opportunity to suggest a suitable name for the island and most suggested name of the founder of the Scout movement, Sir Baden Powell. The Governor who was also the Chief Scout of Victoria, selected the name, “Herring Isle”, after Sir Edmund Herring, from among the six names handed over to him. Herring was the President of the Boy Scouts’ Association of Victoria for 23 years and was later the first president of the Australian Boy Scouts’ Association from 1959 to 1977. Governor Brooks in his speech gave the reason for rejecting Baden Powell’s name.  Governor said Powell’s name was already “imperishable enshrined” In the hearts of Scouts everywhere so he wanted to honour a Victorian Scout for his services to the nation. 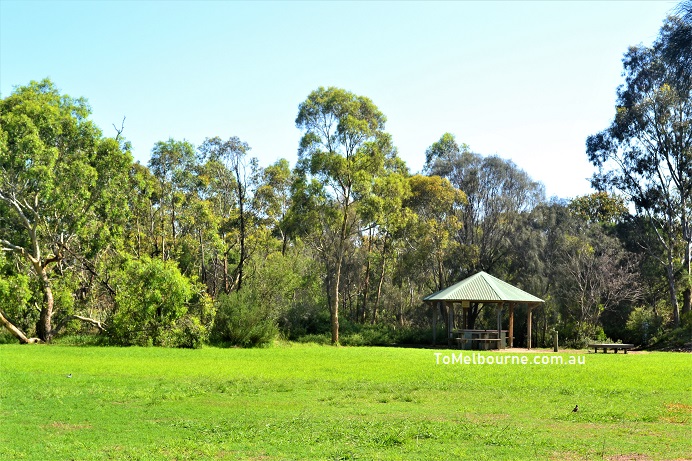 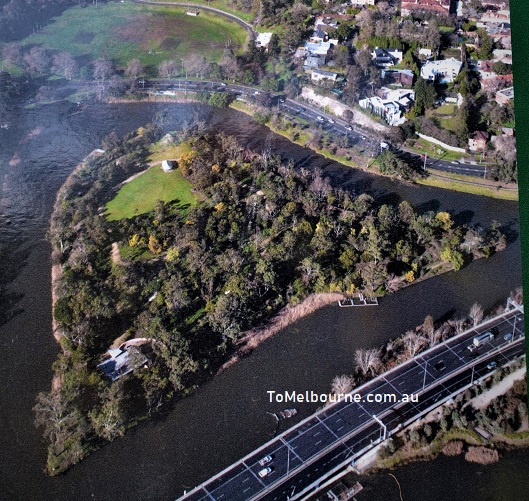 The island has artwork installations by many artists. The sculptors have focused upon the history and landscape of Herring Island to create pieces from natural materials such as stone, earth and wood. Sculpture Trail loops the island. 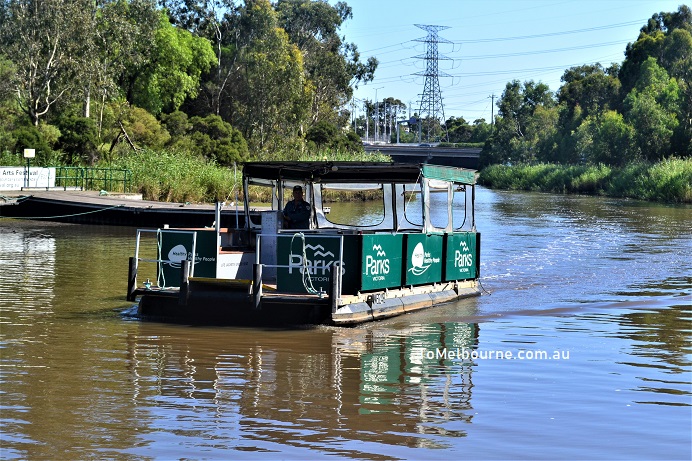 The major artworks at the island include 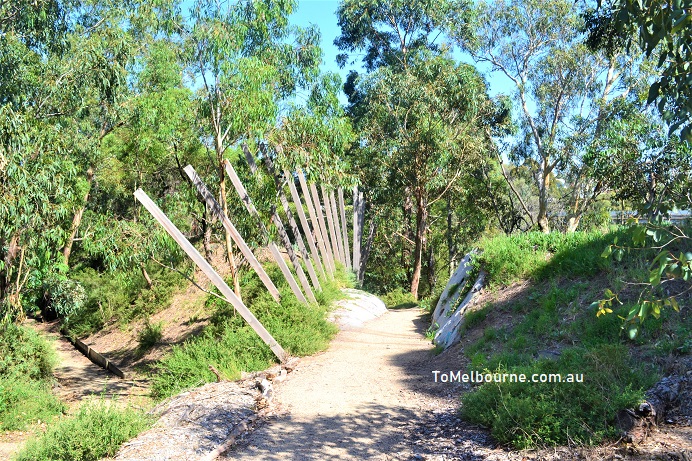 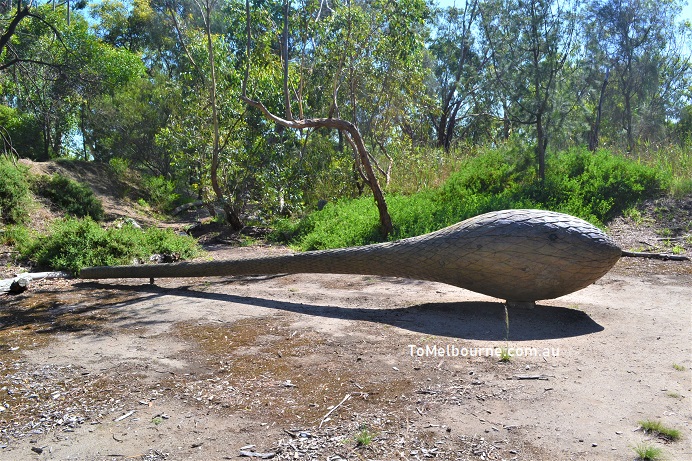 Installed for the 1999 Melbourne Art Festival, “Scaled Stem” can be linked with a budding plant, a club, a fishing float, kitchen utensil or scientific apparatus.

Installed for the 1998 Melbourne Festival, this creation made out of Red Gum represents the mismatch between natural environment and urban development

This artwork was created by Melbourne sculptor Julie Collins with bluestone taken from the tunnel under Yarra river. The carvings on the stones are left for the visitor’s imagination. 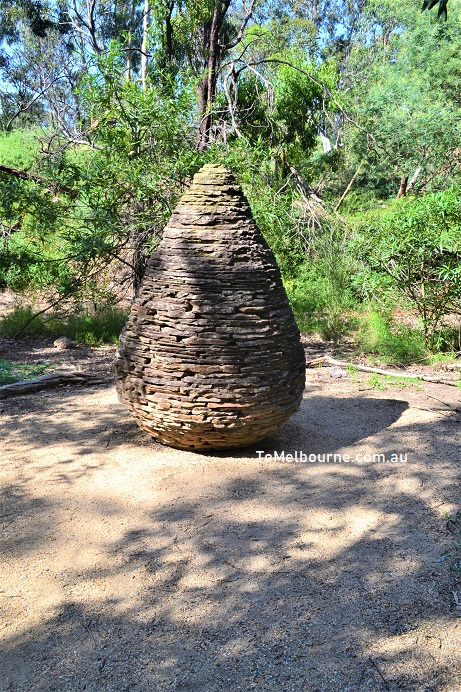 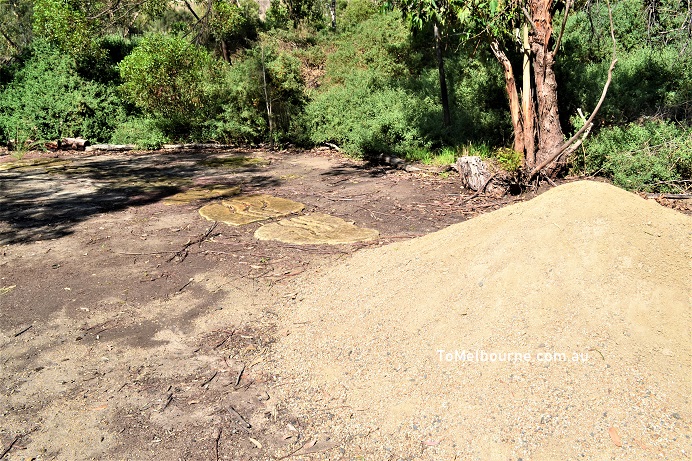 Created by Melbourne sculptor John Davis with elements found in the natural landscape, is a representation of the island’s natural environment.

Made from Dunkeld sandstone by Andy Goldsworthy, this work of art in the artists opinion represents the sense of discovery and concealment that the island holds for him. 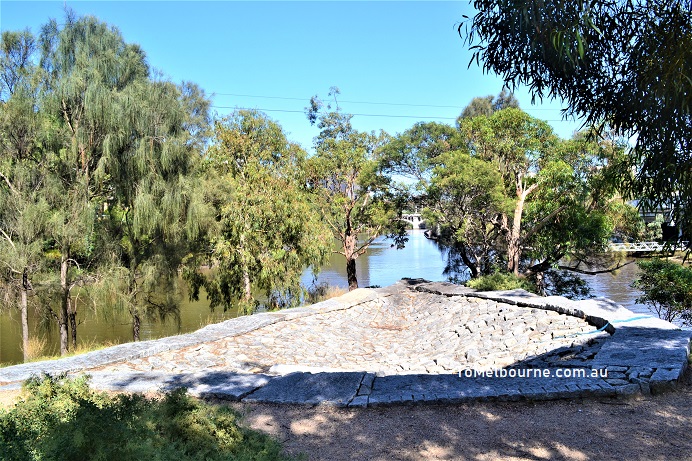 Made from Harcourt granite by Canberra sculptor Jill Peck, steerage is located at the westernmost point of the island.

Aboriginal and Torres Strait islander artist Ellen José and Joy Murphy created Tanderrum which means coming together, brings together concepts of pride, culture and spirit, and symbolises the coming together of the Kulin nation as one people.

How to reach Herring Island

Herring Island is open to visitors 24/7 but being an island with no bridge connection, one must have own mode of transport to cross the river except when Park Victoria ferry operates. During summer “Parks Victoria” operates a free ferry service from Como Landing located at Alexandra Ave., South Yarra to the island on weekends. It is best to call Parks Victoria at 13 1963 before planning your visit. 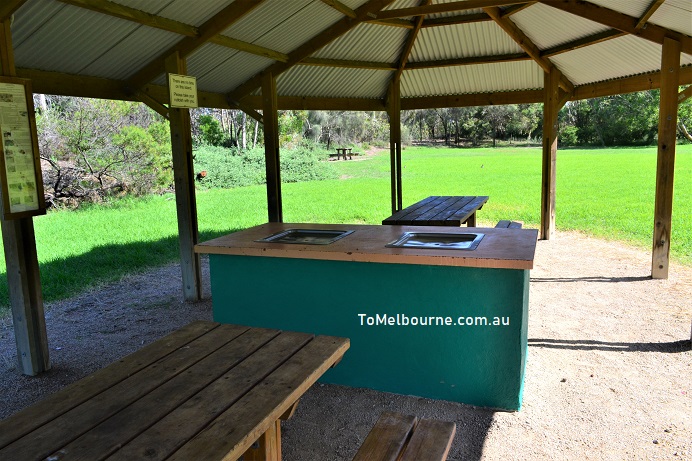 The Herring Island Punt service operates 11am to 5pm on Saturdays, Sundays and public holidays from Saturday 4th January to Monday 13 April (Easter Monday). The service is free and the punt can take up to 12 people at a time.  There is no set timetable and it runs on demand.  The punt leaves from Como Landing (Melways ref Map 58, G2) and car parking is available on Alexander Avenue.

There are no rubbish bins at the island, so visitors are required to take their rubbish back to their homes for disposal. The eastern end of the island has a public access area with water, barbecues and toilet facilities. The re-vegetation and conservation work at the island are undertaken by the ‘’Friends of Herring Island’’. 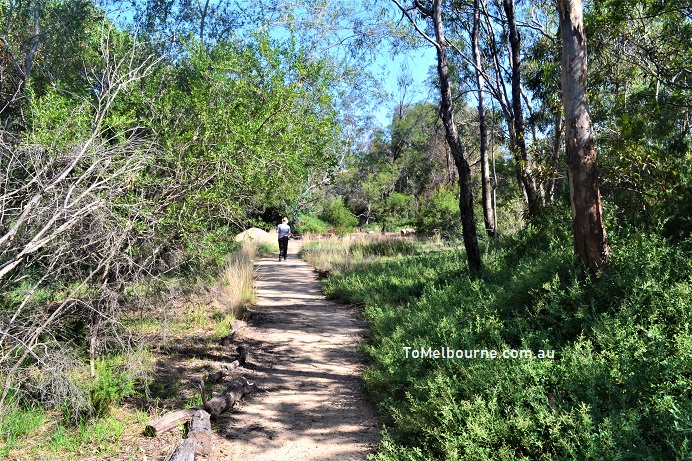 The island is buzz with people between January and April when Herring Island Summer Arts Festival is held here. Highly skilled and creative artworks have presented by the Contemporary Society of Victoria across four diverse exhibitions.

During this period Park Victoria provides free ferry service to the island from Commo Landing at Alexandra Avenue.

The old scout hall now serves as Herring Island Hall and Gallery which is open for the summer arts festival.

Gallery Open 11:30am to 4:30pm on Weekends, Australia Day, Labour Day, Good Friday and the Monday after Easter

Restrictions at the island

Not Dogs, cats or pets allowed at the island

No jumping or diving off Piers or jetties allowed

For more information about the island visit 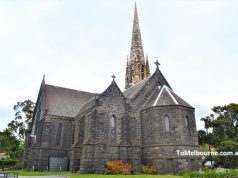 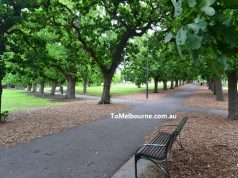 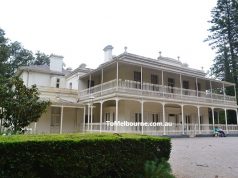