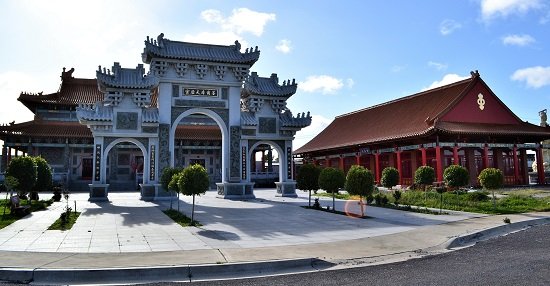 The Heavenly Queen Temple in Footscray with its 15m high statue of Sea Goddess Mazu is positioned to catch the attention of all Metro train passengers along the Sydenham train line due to its uniqueness. Once the construction gets completed in 2019, this temple is destined to become a centre of Chinese culture in Melbourne as it offers a unique opportunity to get to know Chinese religious customs and traditions. 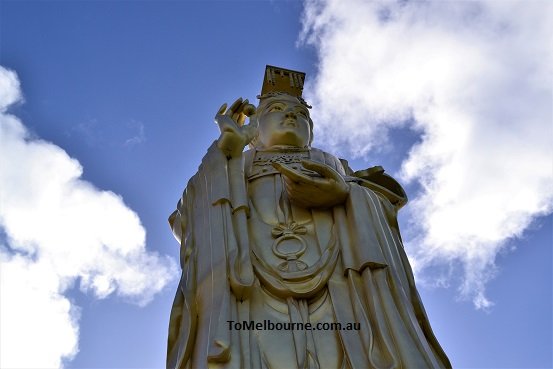 Once completed the temple complex will be home to a memorial hall, souvenir shop, office, exhibition centre, drum tower, a secondary temple, bell tower, lake pavilion and extensive Chinese gardens. The Temple is situated alongside the Maribyrnong River and is approximately 40,000 square meters in area of which two third will be allocated for the Chinese Garden and Carpark. All buildings in the temple complex will be constructed in traditional Chinese temple style with red brick walls and golden roof top. Apart from being a place of worship, the temple complex is designed to serve as a future meeting place and a tourism destination. 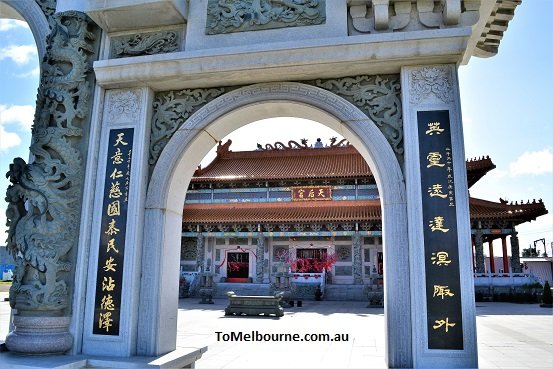 The main hall of the temple with the deities were opened in 2015 and worship began since then. Visitors from any ethnic group are welcome here to worship the Goddess regardless of their religious backgrounds. The Golden statue of the Goddess installed at the Temple Garden was imported from Nanjing in China. Goddess Mazu remains a symbol of cultural identity for Chinese worldwide. Mazu being a patron of the seas, newly arrived immigrants from China often erected temples to her as a thanks giving for safe travel to their new destination. Today, Mazu has nearly 5000 temples worldwide and over 200 million worshippers. The Mazu worship takes virtue, benevolence and love as its core and has been passed down generations through sacrificial ceremonies, folk stories, dance and music. 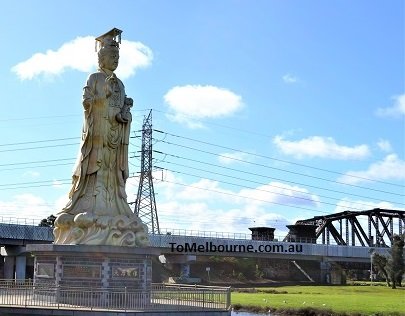 The Legend of Heavenly Queen

Heavenly Queen, also known as ‘Mazu’, Lin Mo Liang (A.D. 960-987) was born on Meizhou Island in Fujian Province during the reign of Sung Dynasty in China. It is believed that she did not cry during birth so her given name was Mo (“Silent One”) or Moniang (“the Silent Girl”).  Lin Mo was kind hearted, highly intelligent and possessed extremely good memory and learned Confucius by the age of 8 and the principal Buddhist sutras by 11. She treated and cared for the sick with her vast knowledge in Chinese medicine. She also possessed good grasp of astronomy and meteorology and could forecast weather helping fisherman avoid the dangers of the sea. She was a good swimmer and guided fishing boats home by standing on the shore in red garments regardless of the harsh or dangerous weather. 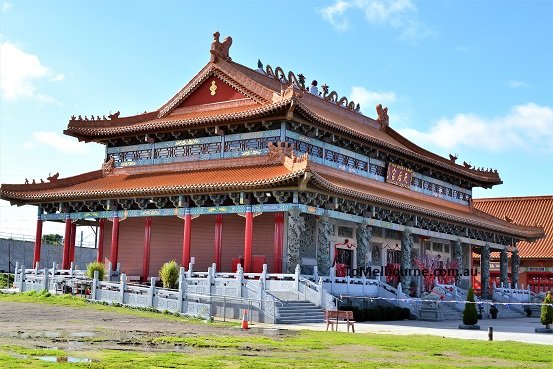 Her transformation to the status of Goddess began after saving some members of her family who was caught offshore during a typhoon. She saved her father and two brothers with her spiritual power but could not save her other brother as her mother roused her from her trance. She practised celibacy out of regret for not being able to save one of her brothers. She is believed to have died at the age of 28 while meditating. There are many legends about her death, one stating she drowned while attempting to find her father, who was lost in the sea and other describing her ascend into heaven as Goddess.  Legend has it that as a coloured cloud rose from the mountain and wonderful music was heard in the sky, Lin was carried into heaven in a golden pillar of light. Mazu is known by 36 other titles. 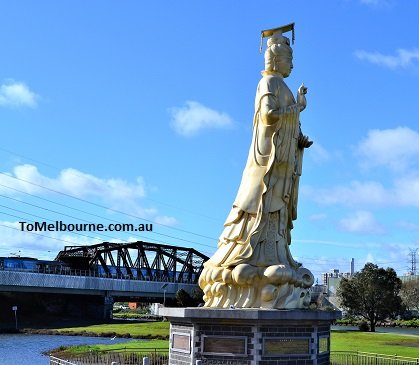 Mazu’s birthday falls on the 23rd day of the third month of the Chinese Lunar Calendar and the anniversary of her death is the 9th day of the ninth lunar month. Both days are celebrated in line with Chinese customs and traditions. Fishermen do not fish during her birthday.