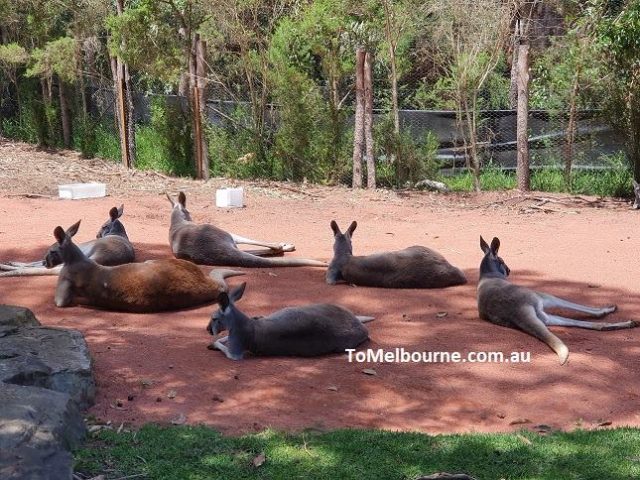 Healesville Sanctuary, set in natural bushland is located 65km northwest of Melbourne CBD at Healesville in Victoria, Australia. The zoo lacks the glitter and glamour of other zoos managed by Zoos Victoria and can be explored in two to three hours’ time, if the visitor does not wish to attend animal shows which occur at specific times. The focus of the zoo is Australian wildlife and have enclosures for Tasmanian Devils, Wombats, Kookaburras, Barn Owls, Possums, Lyrebirds, Woodland birds, Kangaroos and Tree Kangaroos, Echidnas, Dingoes, Platypus, Emus and Koalas. The zoo has daily presentations on Koalas, Kangaroos, Tasmanian Devils, Lyrebirds and Dingoes. It is important to check the time of the shows to plan your trip accordingly for a full exploration. The Zoo has Kangaroo Tour, Echidna Tour and VIP Sanctuary tour which include Koala and Dingo Close up.

Visitors have the opportunity to understand the operating of Australian Wildlife Health Centre to meet the vets and nurses as they care for sick, injured or orphaned wildlife in need of care.

Apart from Sydney’s Taronga Zoo, Healesville sanctuary is the only zoo in Australia that had bred Platypus.

Though widely known as Healesville Sanctuary, the registered name of the zoo is ‘Sir Colin MacKenzie Zoological Park’. Sir William Colin MacKenzie was an orthopaedist, comparative anatomist and philanthropist who died on 29th June 1938 in Melbourne. During the World War I, MacKenzie served in London and at that time developed an interest in anatomy of Australian fauna. In 1918, he converted part of his St Kilda home to a Museum and Laboratory and devoted much of his time to research Australian animals.  In 1920, McKenzie was granted permissive occupancy of 32ha of land at Badger Creek in Healesville to further his research on Australian animals. He set up an animal sanctuary and research centre there by fencing the land, constructing buildings for curator and visiting scientists and a workshop. When he vacated the premises in 1927, he suggested the State Government to expand it and make it a national park. The Sir Colin MacKenzie Sanctuary was officially opened in May 1934. On 27th June 1978, the sanctuary was placed under the management of the Victorian Zoological Parks and Gardens Board, which later became Zoos Victoria.

Children under 16 years of age receive free entry every weekend, during Victorian Government school holidays and on Victorian public holidays. Healesville Sanctuary is open from 9:00am to 5:00pm every day of the year.

Advance booking of tickets are a requirement as long as the COVID restrictions stay in place and all visitors including newborns require an online ticket. 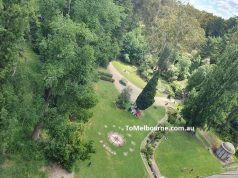