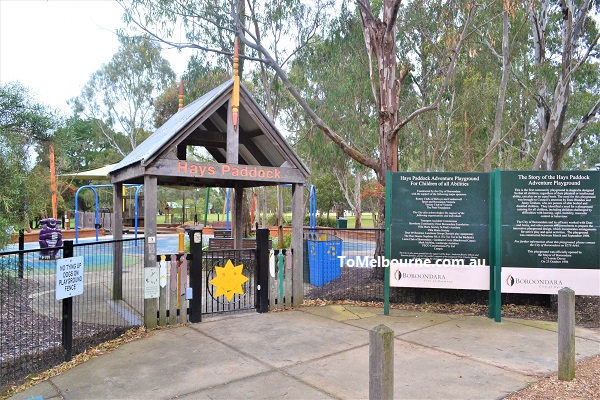 The 13.8 ha, Hays Paddock situated along the Glass Creek in East Kew, is the most popular open space in the city of Boroondara. The paddock has plenty of picnic tables and has one of the best BBQ facilities compared to the rest of the parks in Melbourne.  The paddock has two large sports grounds, a Café and a hall for hire. This recreational park is managed by City of Boroondara council. 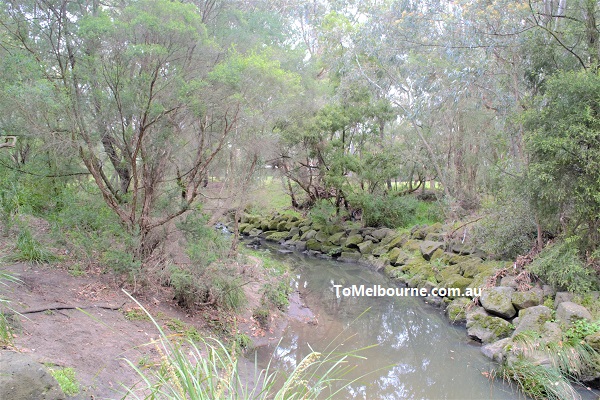 Hays Paddock adventure playground situated at the entrance is designed for all children regardless of their mental or physical capability. The playground was constructed in 1998 by the City of Boroondara after the necessity for a playground catering for all children including children challenged by difficulties with hearing, sight, mobility, muscular control and behaviour was brought to their attention by two parents Dani Bladen and Jenny Graham. There is Braille and sign language instructions throughout the playground. As a safety measure the entire playground is fenced off. Just across the playground is a wetland which can be viewed from a viewing station at the playground. 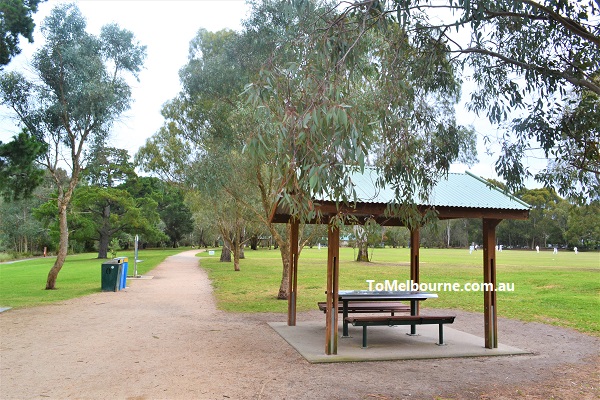 The flood plains, wetlands and billabong were formed from the old meanders of the Yarra River. They feature wetland plants and grasses. The pond was originally part of a natural billabong along the Yarra River. Hays Paddock is part of the Glass Creek Biodiversity corridor, which links with the Yarra River corridor and to bushland of Yarra Ranges. Glass Creek begins its journey in Balwyn and flows through Kew to Yarra River.  The wetland here continues to provide habitat for wetland plants, birds, snakes, frogs, lizards and insects. The wetlands are home to Pacific Black Duck, Chestnut Teal, Purple Swamphen, Eurasian Coot and dusky moorhen. 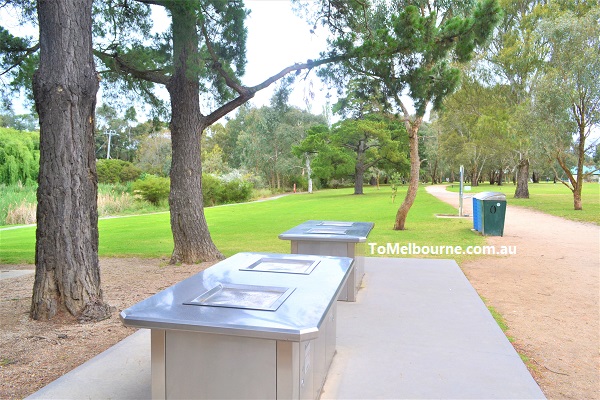 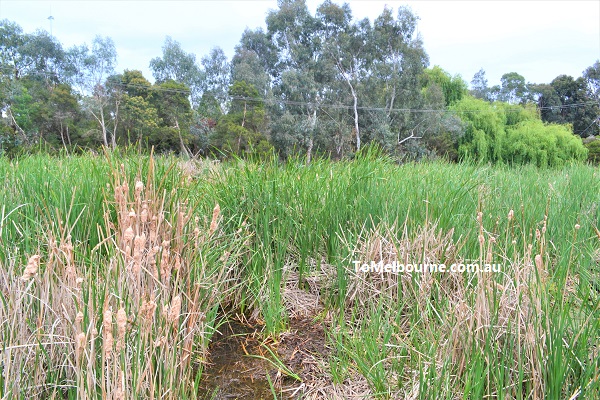 How the paddock came into existence?

For what Hays Paddock is today, the credit goes to Kew Natural Environment Group (KNEG), which was formed in 1964 to give a voice to the community objections on establishing a power terminal station at Kilby Park area in Kew. 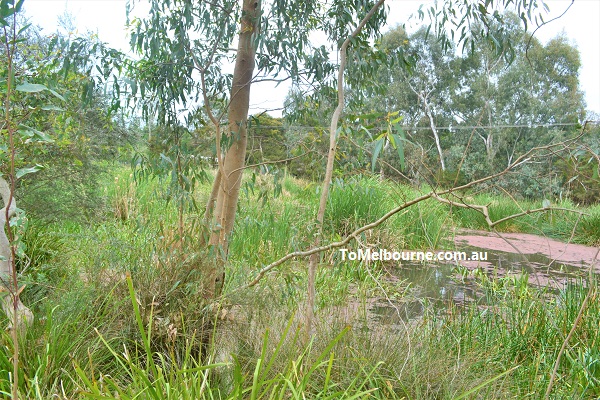 In the early 1970’s the residents of Kew lost few hectares of riverside recreational area for the construction of Eastern Freeway. As a compensation, the council was given 8.8 hectares of compulsorily acquired Kilby Park Stud. Added together with adjoining council land of around 13.8 hectares of land was available for public recreation. 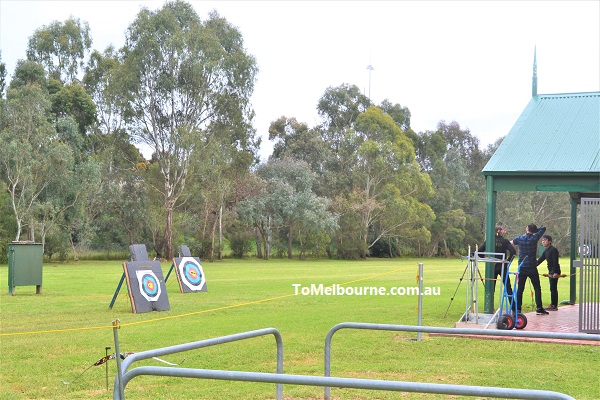 In the 1970’s and 80’s once again KNEG, protested when the Council proposed a plan to create five football size ovals over the top of the barrel drained Glass Creek and instead suggested to create a passive recreational area replicating the bushland the people lost to the Freeway construction. 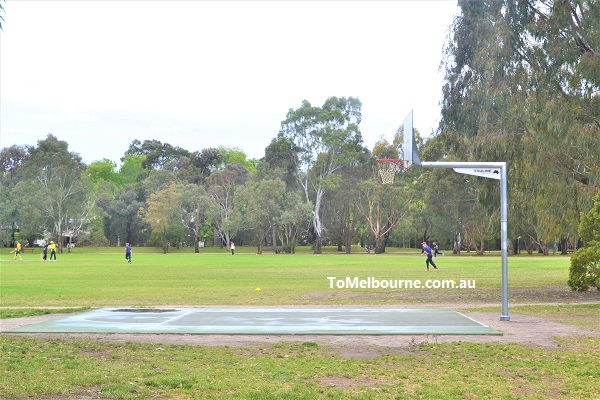 In 1979, the council had agreed to KNEG’s plan developed by landscape developer Ellis Stone. The plan involved creating drop structures and placing rocks to reduce the flow speed of the creek to control erosion of its banks and turning the surrounding land suitable for passive recreation. 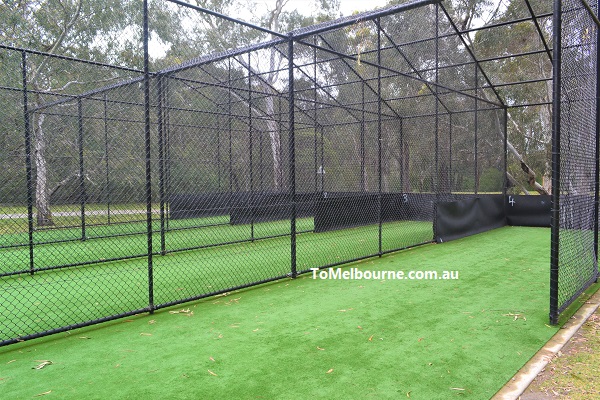 Then came a hindrance to the plan from Victorian Tennis Association which offered to build 24 court Tennis Complex at the site. Renewed protests from locals once again made the Council agree to KNEG’s passive recreation plan. 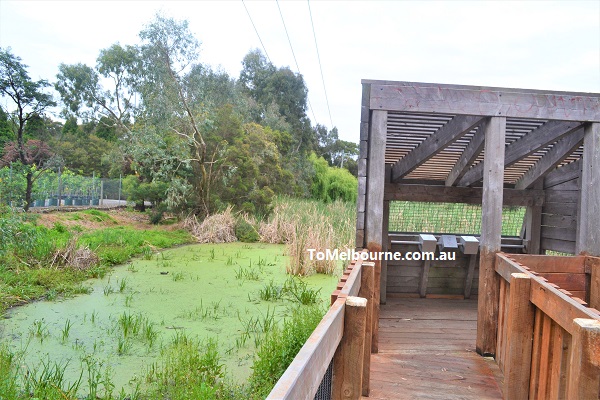 Today Hays Paddock serves as a perfect passive recreational area surrounded by bushland and a creek passing along.

BBQ facility, Picnic tables, shelters, seatings, public toilets, playground, Cafe, A hall for hire which can accommodate upto 100 people, Kitchen facility at the hall, drinking water fountain, Dog off lead areas and children’s playground. There is a walking path along the Glass Creek – a place good for bird watching.

Hays Paddock Circuit walk is around 1.38km and will take around 15 minutes to cover. The walk can be extended by continuing across Kilby Road to reach Stradbroke Park

Public Transport: Bus No 200 or 207, which takes you onto Kilby Road, near the south side of Hay’s Paddock.