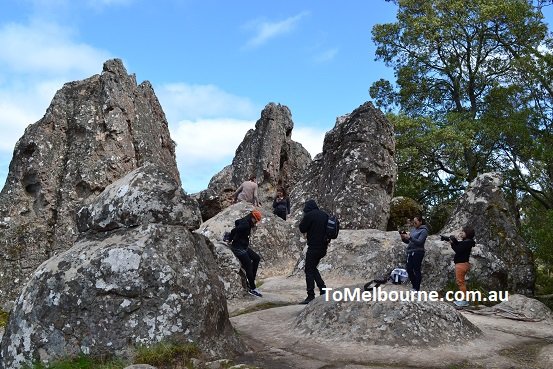 Hanging Rock (Mt. Diogenes), located approximately 7km north east to the township of Woodend, in the Macedon Ranges Shire is a significant tourism destination in Victoria. Woodend is located around 80km north of Melbourne CBD.  Before the European Colonisation, it used to be a place of high spiritual significance for the Dja Dja Wurrung, Taungurung and Wurundjeri nations of the aborigines. It was where male initiation ceremonies were believed to have conducted and the rock formation witnessed intergroup gatherings and it was also where women were taught about herbal medicines. This was the favourite camping site for the Edibolidgitoorong, a sub clan of Wurundjeri. Hanging Rock provided an excellent lookout with several vantage points for monitoring weather and hunting conditions. Present day experiences are common amongst many visiting aboriginal people who describe a sense of “unfinished business “at the Rock.  With the arrival of white settlers, aborigines were gradually driven out of their land. 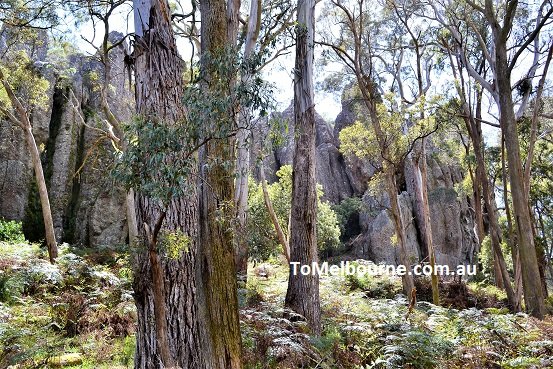 67 hectares, Hanging Rock became a reserve under the Crown Land Act in 1884, but it’s ascent as a recreational place for picnics, had begun even before that. William Ford’s 1875 painting ‘At the Hanging Rock’ displayed at the National Gallery of Victoria, stands as a testimony to it. But hanging rock had become an important tourist destination in Victoria after the publication of the novel ‘Picnic at Hanging Rock’ by Joan Lindsay in 1967. The 1975 film adaptation of the Novel by Peter Weir has invited international attention. 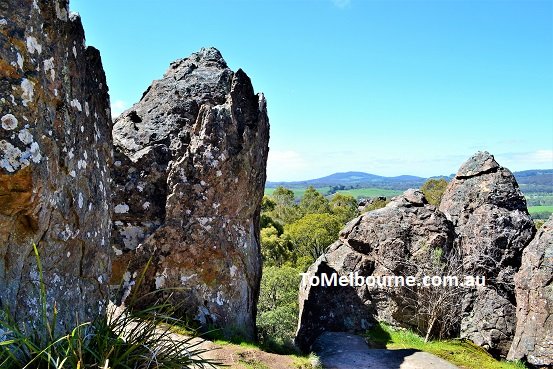 During the 1860’s the first racecourse was laid out on William Adam’s property on the western side of the Rock and a race was organised as a bush picnic style meeting. In the early days special trains brought people from Melbourne on Race day. In 1877, the first Racecourse on the eastern side of the Rock was established. In 1885, Hanging Rock Race Club was formed. From 1996, three race meeting were held annually.

More than anything, this is a must visit natural wonder and it is doubtful whether it is attracting the sort of crowd it should have, considering its uniqueness. The only other places in Australia where this type of rock is found is at nearby Brocks Monument and Camel’s Hump on Mt Macedon. Apart from Australia, only Norway and Sweden are known to have such rock formations. 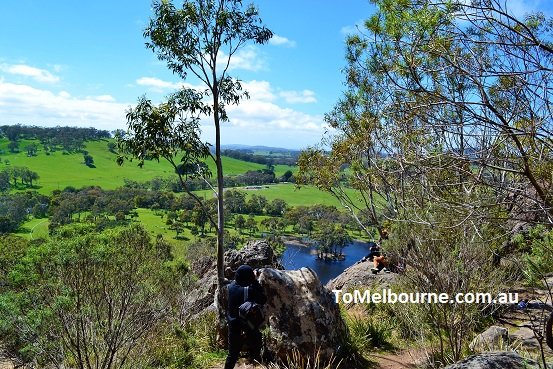 The rock formation happens when volcanic lava is squeezed up through a narrow vent ( Mamelon or Volcanic plug) in earth. The Lava with high level of soda content forms a rock type called Solvsbergite or soda trachyte. Hanging rock which is estimated to be around 6million years old, have undergone weather erosion for so many years to become what it is today. 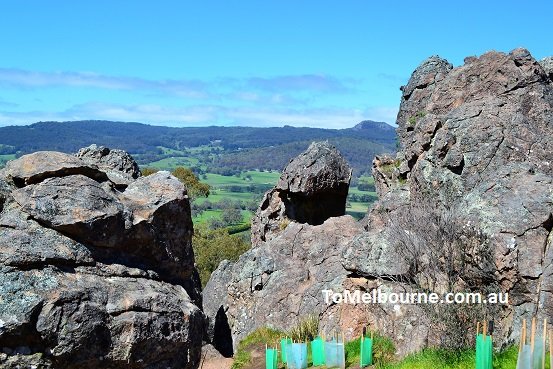 Though the rock formation here is generally called “Hanging Rock”, it got its name from an actual suspended rock at the site under which the man-made steps now passes through.

What else at Hanging Rocks? 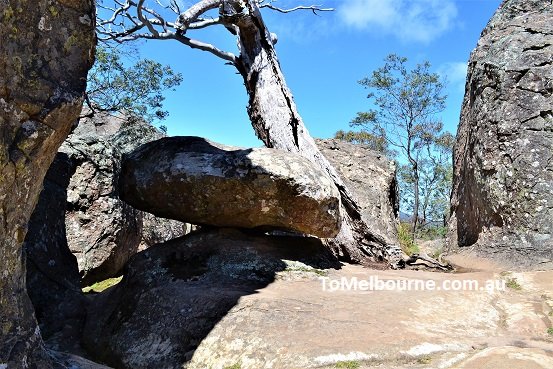 Hanging Rock hosts the biggest Australia Day race meeting in Victoria. The Hanging Rock Races have been held here for over 120 years.

At the South of the Rock, there are extensive picnic facilities.

Opening Hours: 9am to 5pm