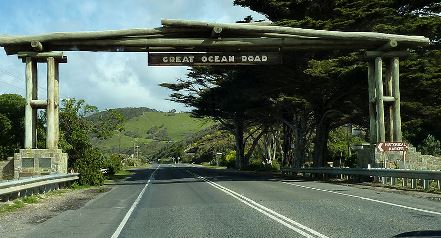 This 243km stretch of road is Australia’s most famous coastal road.It is known as the largest war memorial in the world, offering some of the most beautiful coastline views. Initially conceived as a memorial for those who fought in World War I, all its builders were ex- service men. It became a work project during the Great Depression and was completed in 1932. Most of the major attractions- including the Twelve Apostles and London Bridge are the Western end, but the eastern parts also offer some particularly lovely vistas.

The Great Ocean Road Starts at Anglesea and travels westwards to finish at Allansford near Warrnambool, but many people chose to continue their journey further to discover many natural and cultural attractions of Port Fairy, Portland and Surroundings.

This area boasts about some of the best surf breaks in the country, the stretch of coastline affectionately known as the Surf Coast between Torquay and Cape Otway and the shipwreck coast further west of Cape Otway. The Famous surf beach Bells beach is located near Torquay. During the Easter season, Bells beach hosts the Rip Curl Pro, professional surfing competition. The Rip Curl Pro is the longest running professional surfing contest in the world. The Shipwreck coast provides a visibility of Bass Strait and the Southern Ocean.

The road goes through rain forests as well as cliffs composed of lime stone and sandstone. Near Apollo Bay the road travels inlands through Great Ocean Otway National Park, covering much of the Otway Ranges, the park features lush forest, waterfalls and lakes in addition to heartland and rugged coastline and ocean beaches. At Cape Otway stands the Cape Otway Light station, which is the oldest lighthouse in mainland Australia.

Port Campbell Limestone Coast are rare in their diversity, and it is the definitive place in Australia to observe limestone geomorphology and coastal erosion processes on rocky coasts exemplified by the Twelve Apostles

The History of the land and the road

The first European to settle in this area was William Buckley who escaped from the Sorrento Convict Settlement in 1803. He was sheltered by the Aborigines for 32 years.

Later in the late 19th century Lorne and Apollo Bay became popular holiday destinations as only these two regions could be reached by sea or by coach along the rough tracks from the railway stations at Dean Marsh or at Forrest.

In 1918 The Great Ocean Road Trust was formed as a private company under the helm of President Howard Hitchcock.

In 1920 the Great Ocean Road Act was passed and 1180 acres (47.5 hectares) of Crown land was to be sold for 15 shillings per acre (0.4 hectares) to the Great Ocean Road Trust, which would then apply the net proceeds of sale of 1 acre allotments towards the cost of constructing the Great Ocean Road. The project cost was approximately ₤150,000 and was primarily funded through private donations and fundraising by the Great Ocean Road Trust, with little financial assistance from the government. The Construction of the Road began on 19th September 1919. The road work progressed with a speed of 3km per month. It took 13years to survey and complete, using a labour force of more than 3,000 returned servicemen.. The soldiers were paid 10 Shillings and six pence for an eight hour day.

On 18 March 1922 the section from Eastern View to Lorne was officially opened. it was then closed from 10 May 1922 for further work; opening again on 21 December .In November 1932, the section from Lorne to Apollo Bay was finished, bringing the road to completion. The road was officially opened with Victoria’s Lieutenant-Governor Sir William Irvine holding a ceremony near Lorne’s Grand Pacific Hotel.

In 2011, the road was added to the Australian National Heritage List. 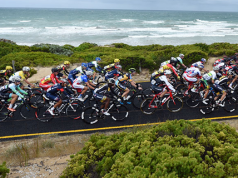 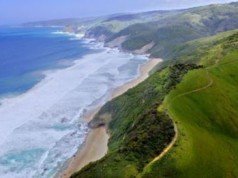 How to reach Great Ocean Road 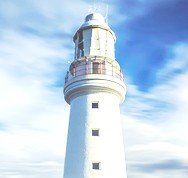 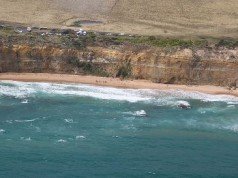 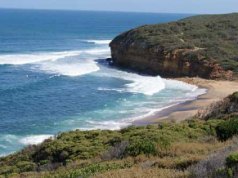