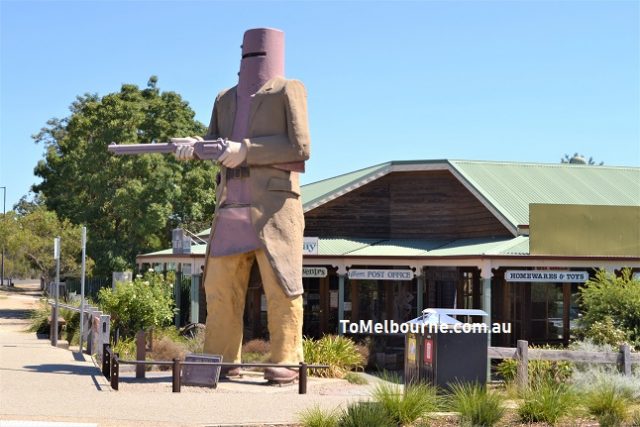 The township of Glenrowan is a major tourist attraction along the Ned Kelly Touring route, where the greatest folk story of Modern Australia took place. Situated 236km north east of Melbourne, the township got its name from farmers James and George Rowan who ran farms in the area between 1846 and 1858. 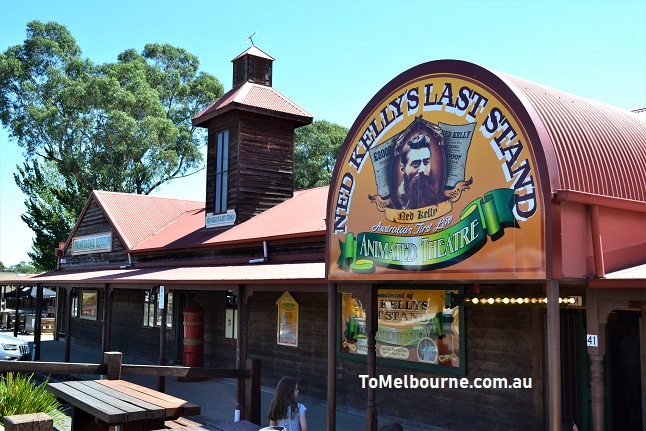 Situated along Hume Hwy, Glenrowan is a major centre of cultural heritage tourism in Victoria and the place most identifiable with the Ned Kelly Story. Ned Kelly, who was hanged on 11 November 1880 was an Australian bushranger and convicted police murderer. Kelly is best known for wearing a suit of bulletproof armour during his final shootout with the police. Glenrowan was where Kelly was captured by the Police.

The eight-hectare Glenrowan Heritage Precinct  is home to  key sites such as the original railway platform, the siege site, Anne Jones’s Glenrowan inn which was burned down and the site of Ned Kelly’s fall and capture (the ‘Kelly Log’ site). These sites are very much important to the Ned Kelly folklore being the actual location where the pivotal siege unfolded. The last stand took place in June 1880. The site of the siege was at what today known as Siege Street. Overlooking town to the west is Mt Morgan (Now known as Mt Glenrowan) used as a lookout by bush rangers Ned Kelly and Dan Morgan.

To the north of the town on the curve of the hill by the railway line is the site where Ned Kelly forced the railway workers to rip up the railway line. His intention was to derail the train loaded with Police and aboriginal trackers. This track is marked today by a small stone monument. Due to the boundaries of the private property and the danger of trains, viewing of this site is not encouraged. 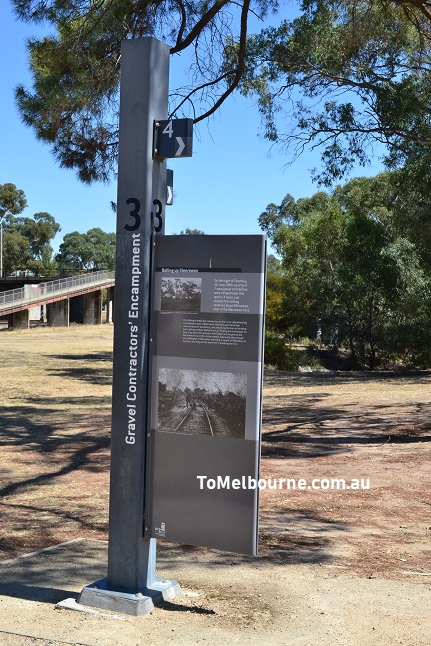 On the night of Saturday 26th June 1880, a party of seven road gravel contractors were camped in Glenrowan in 4 tents, just outside the railway reserve, about 60metres east of the Glenrowan Inn. After failing to break the railway line, Ned Kelly and Steve Hart returned to this location to seek the help of the contractors. Finding no help, they took them as prisoners along with the station master and then bailed everyone at the Glenrowan inn. Eventually they roused two platelayers in Glenrowan township, a couple of kilometres to the west and they led the workmen in breaking the line.

Kelly was expecting the train to come from Benalla and not Melbourne. Instead of the 12 hours Ned thought it would take from Benalla, the train took 31 hours to reach Glenrowan. Kelly gang was holding 60 hostages at Ann Jones Inn and this unexpected delay resulted in lack of sleep for Kelly Gang. Ned had allowed one of the hostages, Thomas Curnow, who was a school master to leave the inn to take his sick wife home. Curnow warned the Police special train of the danger and the train pulled slowly into Glenrowan Railway Station and the Police personnel onboard the train disembarked. The Siege of Glenrowan resulted in the deaths of Joe Byrne, Dan Kelly and Steve Hart. Ned was captured alive after daylight on 29th June 1880 and was sent to Melbourne Gaol. 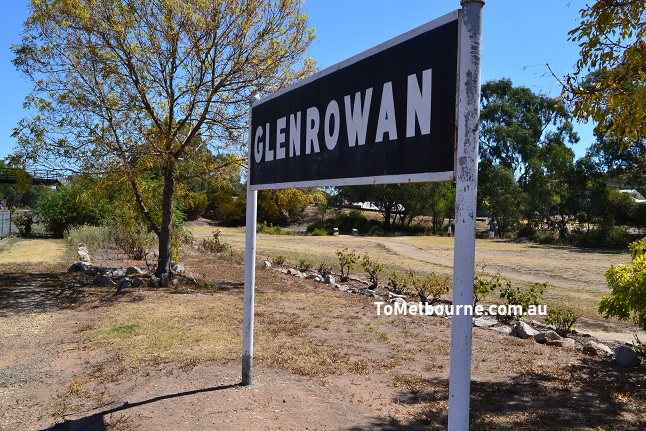 The railway station at Glenrowan is the replica of the station building which stood on the exact site during the siege in 1880. It was where Ned received medical attention after he was shot and captured. He was then taken by special train to the Gaol in Melbourne.

Glenrowan also home to an authentic replica of the Kelly homestead as it was prior to 1880. In later years the home was extended, and a chimney was added. The original Kelly homestead was situated 9km from here on the Kelly Gap Road.

How to reach Glenrowan

By Train: From Melbourne, go to Wangaratta and catch connecting buses to Glenrowan. Glenrowan is 14km from Wangaratta

By car it is 235km from Melbourne and situated just off Hume Freeway.

The 14,655ha Warby‐Ovens National Park is characterised by three distinct vegetation communities ‐ the granitic hills and woodlands of the Warby Range, the Box Iron bark of the Killawarra Forest and the River Red Gum forest and wetlands of the unregulated Ovens Heritage River. Together they provide an important link from the alpine foothills to the Murray River protecting some of the State’s most significant bushland. (Info courtesy: Parks Victoria). Warby Ovens National Park is situated 10km west of Wangaratta. It is best accessed from Wangaratta via Wangandary and Yarrawonga Roads. 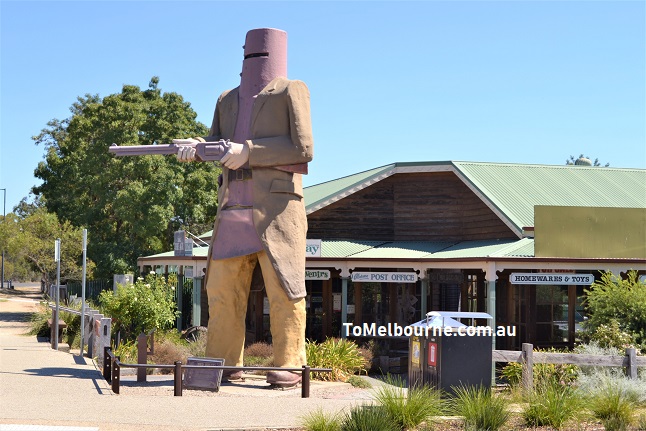 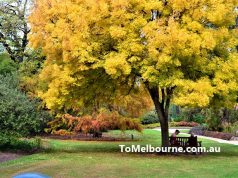 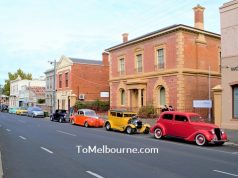 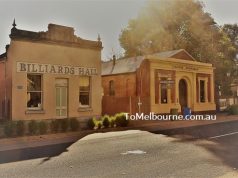 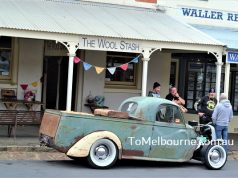 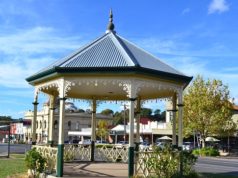 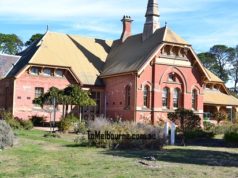