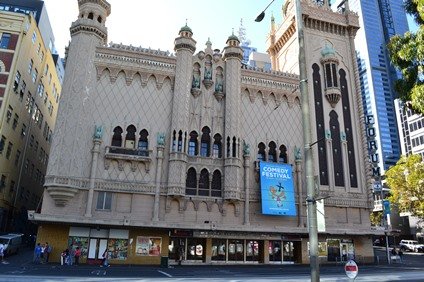 With its unique Gothic – Romanesque architecture, Forum Theatre occupies a prominent place in Melbourne CBD in the Flinders Street and in the hearts of heritage loving Melbournians. Forum Theatre formerly known as State Theatre was once regarded as the most modern Theatre in Victoria. Forum Theatre also plays host to many popular festivals like Melbourne International Comedy Festival, Film Festivals, Melbourne Jazz Festival and the Melbourne Arts Festival.

The History of Forum Theatre

The land which the Forum Theatre is situated was first sold in the land auction of 1837. A private residence was built in that area. It changed many hands and was used for purposes like iron store, coal yards, offices and a bond store. In the early 1900’s the Herald and Standard Newspaper Company occupied the Flinders Street building with the State Migration office around the corner in Russel Street. Later it was purchased by the Managing Director of Union Theatres, as a planned location for a new theatre. Atmospheric Theatres were getting popular in United States at that time which has a unique ceiling that give an illusion of sitting under a night sky. An architect named John Eberson has designed a chain of atmospheric Theatres in U.S and Stuart Doyle commissioned him to design three such Theatres in Australia. Local architects Bohringer, Taylor & Johnson joined with Eberson to design the Theatre. 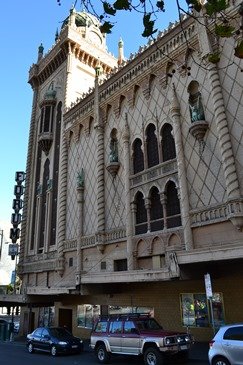 The construction began in 1927. The auditorium had the ambience of a Florentine Garden with statues of Venus De Capua, Diana of Versailles and Discobolus. To give the impression of sitting under an open evening sky, the cerulean blue ceiling was made with twinkling stars and projected clouds floating past. The grand façade of Forum Theatre was a replica of a Cairo mosque. Forum was opened for business on 23rd February 1929. With a seating capacity of 3371, Forum was having the largest seating capacity in the Southern Hemisphere at that time.

In the sixties Greater Union converted the theatre complex into two , The Forum and the Rapallo. It was renovated as Forum I and Forum II in 1981. The complex was purchased by Melbourne Revival Centre and used as their meeting place for around ten years. In 1996 David Marriner of Marriner Group bought the Theatre Complex and converted it to live Music and Cabaret venues. 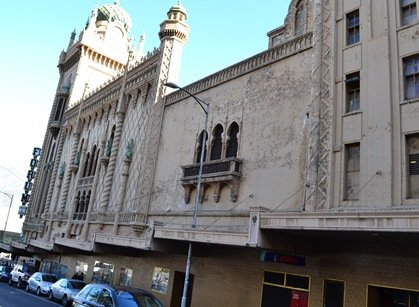 But its survival in its current form is in question after Marriner Group winning a planning approval for a $100 Million re development which includes 32 storey hotel. The upgrade work will include a boutique hotel with office and retail space at the back of the building with a pedestrian link to Hosier Lane.

How to reach Forum Theatre

The venue is accessible by any train via Flinders Street Station. http://www.metrotrains.com.au/ for timetable and services