Volunteer Fire brigade, Melbourne Fire Prevention Society, began its operations in Melbourne from 1845. Over the years many volunteer fire Brigades were formed. The lack of coordination and increased competition between the volunteer fire Brigades presented a chaotic situation during the event of a fire, which resulted in extensive property damages and many deaths. East Melbourne Volunteer Fire Brigade was formed in 1882 and its small station operated from 17 – 19 Gipps Street. The Brigade attracted considerable publicity in 1889, when its Captain, James Kilgour Parsons, 33 was killed on Easter Monday 22nd April, while fighting the spectacular fire which destroyed the Bijou Theatre in Bourke Street. Three people killed and several injured in the incident. This brought to the attention of the perils of the uncontrolled volunteer fire fighting brigades. In 1890, the first Fire Brigade Act was introduced leading to the establishment of Melbourne Fire Brigade in 1891. The 56 volunteer fire brigades were disbanded and given the option of joining Melbourne Fire Brigade.

A site was chosen for a new headquarters at the corner of Victoria Pde and Gisborne Street in East Melbourne. Competitive designs were invited for the new headquarters and out of the 65 entries received, design submitted by Messrs Smith & Johnson was mentioned third by assessors and placed first by the Board.  It was decided however to adopt some of the ideas from the plans Messrs Lloyd Taylor & Fitts. Queen Ann style of architecture was adopted with a lookout tower 150 feet in height which gives a commanding view of Melbourne and its suburbs.

Today the building serves as a Fire Services Museum of Victoria with an aim to collect, preserve, display and interpret items pertaining to the history, concept of firefighting and fire safety in Victoria. The Museum involves the collection 10000 items, the largest collection in Australia.

The museum is run completely by volunteers each with a unique background with the fire services, mostly former employees of fire related agencies. 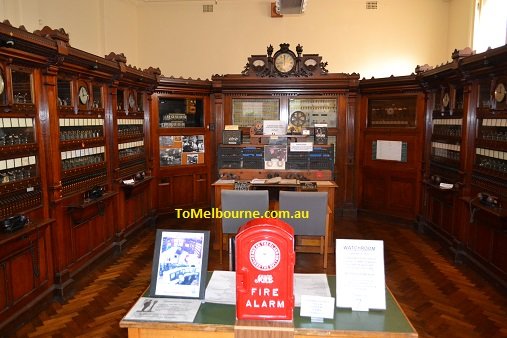 Apart from the firefighting accessories the main exhibits include,

1914 Hotchkiss Fire Engine – The first Hotchkiss cars were imported from France in 1912 which were converted for fire use in 1914.  A total of 36 cars were used in Melbourne for firefighting. The cars came stripped down as only a chassis with engine. The MBF added bodies in its workshop in Eastern Hill. At first the cars were only used as hose carts later 250gpm rotary pumps and extension ladders were attached. By the start of World War II most of these vehicles were replaced.

1880’s Horse Reel – This 1880 Horse Reel was used by the Volunteer Fire Brigade which was operational before 1891.

The Melba Pump –  The 1911 Pierce – Arrow Landau was purchased by Nellie Melba in 1912. The French Government confiscated it at the outbreak of World War I. After negotiations with French and Australian Governments the car was returned to Melbourne. MBF purchased it in 1918 and converted it for fire fight use. It was fitted with Kelly and Lewis 400gpm pump. It was called the “Melba Pump” and was sold in 1933. In 1978 Melbourne Fire Services museum re purchased it and reconditioned it.

The other exhibits are Horse drawn fire fighting cart and Dodge Fire fighting vehicle. The offices of the administrators and the telephone operators room is also recreated at the museum.

Thursdays and Fridays 9am to 3pm,

Groups and schools at other days and times by arrangement.

For discussion forum on Fire Services Museum of Victoria, Click the link Below. Please share your experiences 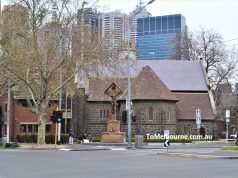 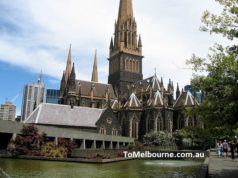 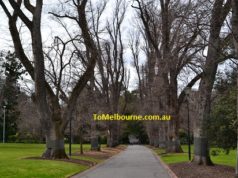