Festivals and Events Calender for Melbourne

Melbourne is renowned all over the world for its festivals and events. Melbourne boasts an enviable range of venues and arenas all at a short distance from the city centre to host events like Formula One motor racing to Australian Open. Melbourne’s population is made up of people from all over the world. Around 150 cultures are represented in this great multi-cultural city. Cultural programs and festivals of these countries are also celebrated in Melbourne and attended by people from all walks.

Below is the monthly calender of events in Melbourne.

Since 1988, Midsumma Festival has been Victoria’s premier gay and lesbian arts and culture festival. This month long festival celebrates local, national and international queer talent and transgender art. More than 100 events across the city are planned from Mid- January to Mid- February with events selected based on their relevance to the gay and lesbian community, artistic merit and high-quality production values.

The Australian Open is a major tennis tournament held annually over the last fortnight of January in Melbourne. It attracts world’s top players and is high in attendance, second only to the US Open. It takes place in Rod Laver Arena, Hisense Arena and the newly refurbished Margaret Court Arena.

Held on the second weekend in February, St Kilda Festival is a free celebration of Australian music, summer and St Kilda. This is an annual event produced and presented by the city of Port Phillip. It is nine day celebration with the peak on Festival Sunday, with a suburb wide street party. The many parks in the area host music stages and the beach becomes the hive of activities. This is a never miss event.

End of February into March 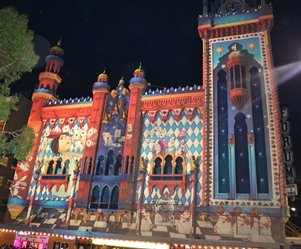 Open from 7pm to 7am the following morning, the event features music, dance, visual display, light show, and a variety of buskers. White Night Melbourne is a State Government of Victoria initiative created by the Victorian Major Events Company, and produced by White Night Melbourne Productions. The original concept for White Night (Nuit Blanche) was conceived in Paris in 2002, in a bid to make art and culture accessible to large audiences within public spaces. 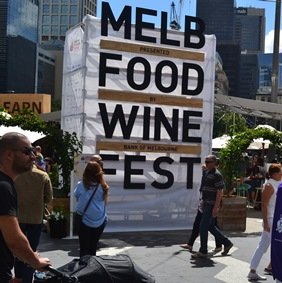 Melbourne Food and Wine Festival started as a spark of an idea in 1993 with a modest program of 12 events dreamt up by Peter Clemenger. Twenty years later, the Festival has grown to host over 200 events annually with a core team of 18 staff and hundreds of dedicated volunteers working behind the scenes during peak season. Food and wine lovers in their hundreds and thousands each year indulge in more than 200 events that fill Melbourne’s labyrinthine network of restaurants, laneways, lights-turned-down basements and dizzying rooftops as well as spilling into spectacular regional Victoria.

This is one of Australia’s longest running community festivals (since 1955) celebrated during the Labour Day long weekend. Run by city of Melbourne, Moomba procession on the last day is one of the best events Melbournians get to watch. An old favourite is the Birdman rally where competitors launch themselves into the Yarra River in home-made flying machines.

The annual Melbourne Antipodes Festival is held on Lonsdale Street over a week in March, and has been held since 1987. The festival is renowned for its Lonsdale Street “Glendi” (Greek for “party”) – a weekend-long event that is held to coincide with the Greek National Day (25 March).

Albert Park becomes a world class racing venue as drivers compete on a 5.3km loop around Albert Park Lake. For four days spectators cram the verges of the lake hoping for a fleeting glimpse as the Formula Ones flash by. 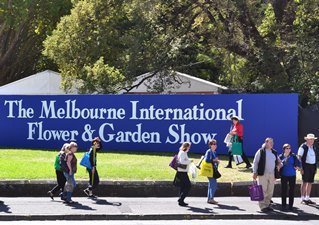 In its 20th year International Garden and Flower Show is regarded as the largest and most successful horticultural event in the Southern Hemisphere.

This show features the best landscape and floral talent Australia has to offer plus an extensive array of garden retail products. It takes place in Royal Exhibition buildings and surrounding Carlton Gardens.

Last week of March to middle of April

Held since 1987, Melbourne International Comedy festival is the third largest international festival in the world and the largest cultural event in Australia. Starting in March and running through April this one month long festival has Melbourne Town hall as the festival hub but performances are held in venues throughout the City.

Dawn Services are held at the Shrine of Remembrance, at 6.00am each April 25 and are followed by the ANZAC Day March . The March, led by veterans and serving personnel, now also includes the descendants of veterans, sometimes alongside their relatives.

Celebrating unpopular culture from the city’s young and emerging artists, Next Wave festival runs two weeks at several venues across town. This is a multi-discipline affair run biannually and almost entirely by 16 to 25 year olds.

It is held over three weeks at various cinemas across the city in July and August. Founded in 1952, this is one of oldest film festivals in the world. An iconic Melbourne event, the festival takes place annually in the heart of the city, presenting an acclaimed screening program alongside industry and celebratory events.

Beginning in the last week of August, the writers’ festival features 10 days of forum and events celebrating. Investigating and popularising reading, writing, books and ideas.

Melbourne Art Fair is one of Australasia’s most celebrated contemporary art events, showcasing outstanding work from the region’s best galleries. For 25 years the Fair has stimulated critical and commercial attention for galleries and their artists by presenting a rich and diverse cross-section of the region’s visual art scene and directly contributing to the livelihood of living artists.

This annual Australian Rules football match is traditionally held on the final Saturday in September or the first Saturday in October at the MCG. This match determines the premiership champions for the year. This is Australia’s most important sporting event.

This independent arts festival is the second largest in Australia after the Adelaide Fringe Festival and runs for three weeks from late September to early October. This festival includes wide variety of art forms including theatre, comedy, music, film, digital art and circus performances. Events are held in venues throughout the city.

Every September Royal Melbourne Show celebrates Victoria’s Agricultural culture. It is running since 1848 and is organised by Agricultural Society of Victoria. This Show displays Victoria’s rural industry, livestock and produce with associated competitions.

The Australian Motorcycle Grand Prix is a motorcycling event that is part of the Grand Prix motorcycle racing season. It is held each year at the scenic Phillip Island Grand Prix Circuit.

Marketed as the race that stops the nation, Melbourne Cup first began in 1861. Conducted annually by the Victoria Racing Club on the Flemington Racecourse in Melbourne, the event starts at 3pm on the first Tuesday in November.

Christmas is celebrated all around Melbourne and the celebrations last for almost a month.

The Post-Christmas slump is traditionally deferred with day one of the Boxing Day Cricket Test, which draws around 70000 people.

Fireworks light up Yarra at 9pm and midnight. 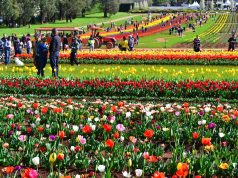 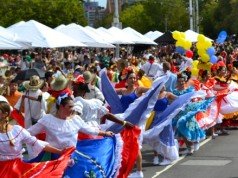