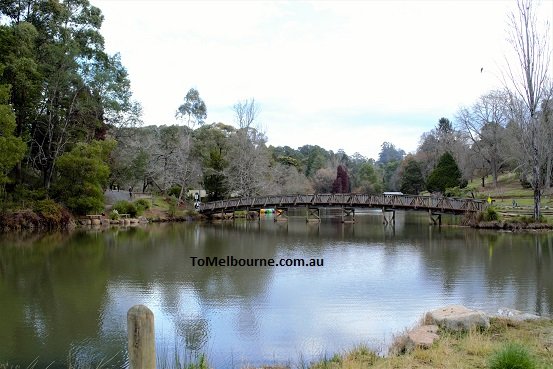 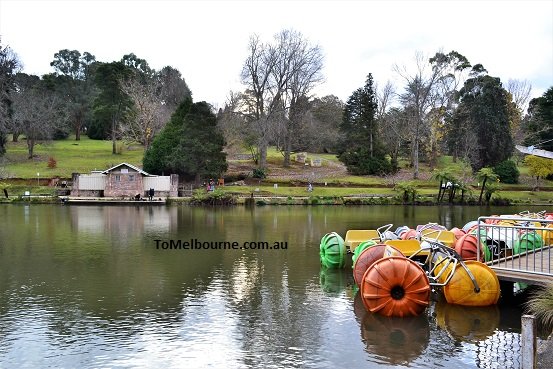 The Park also has a number of walking tracks and trails. Lake Treganowan is restocked with rainbow trout by the Department of Environment, Land, Water and Planning, to promote recreational fishing. 2 seater paddle boats can be hired from the kiosk near the lake. 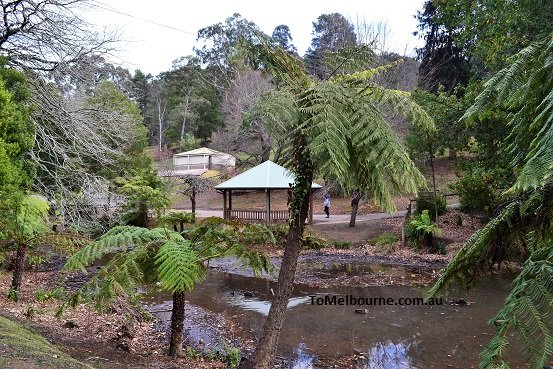 The steam train ‘Puffing Billy’, has a stop at Emerald Lakeside Park, which is located within the park compound.

The area now known as Emerald Lake Park formed part of the plant nursery, “Gembrook Nursery” of Carl Axel Nobelius (1851-1921), leading orchardist and nurseryman of that period. Carl Axel purchased the land in the mid1880’s and for many years following the purchase, each Saturday, he went to Narre Warren by train and walked 26km to Emerald, then engaged in clearing and cultivating the land and planting trees and plants and then walking back to catch the Sunday train back home. 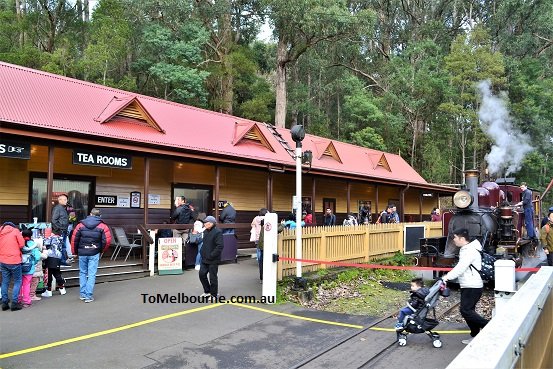 Nobelius faced enormous difficulties in transporting his nursery stocks from Emerald and was a strong advocate for the construction of the railway line which later came to be known as Puffing Billy. Nobelius was given permission to build a siding and packing shed alongside the Puffing Billy line. The Packing Shed is now used as a function centre by Puffing Billy operators.

By 1913, Nobelius established New Zealand Flax plantation along the creek (Emerald Lake area), and a small dam and a timber mill was built in the area for processing raw fibre. The processed fibre was sent to Melbourne and Geelong to be made into rope and twine.

Nobelius died in 1921 of pneumonia, his nursery and orchards were subdivided and sold to two syndicates. The Emerald Lake Park area was owned by William Henry Treganowan who was encouraged by the Nobelius family and others to develop part of their land as a park. A son of Carl Axel Nobelius,   Arch.V. Nobelius  and a surveyor named Web supervised this development and even tried to establish a lake in the area without much success. After much lobbying from Emerald Progress Association, the Government acquired the land to establish a public park in 1939. A new lake was established by the Ferntree Gully council and named it, Lake Treganowan. The Park was opened to the public in 1941. After many divisions and amalgamations of local Government bodies, now the park is under the responsibility of Cardinia Shire Council.

Facilities: Picnic Shelters and BBQ, Children’s playground, toilet facilities, amphitheatres. The picnic shelters and amphitheatres can only be used if they are not booked out. Trout fishing at lake, Paddle boats can be hired. 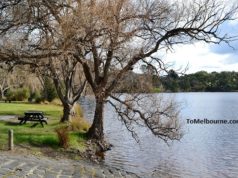