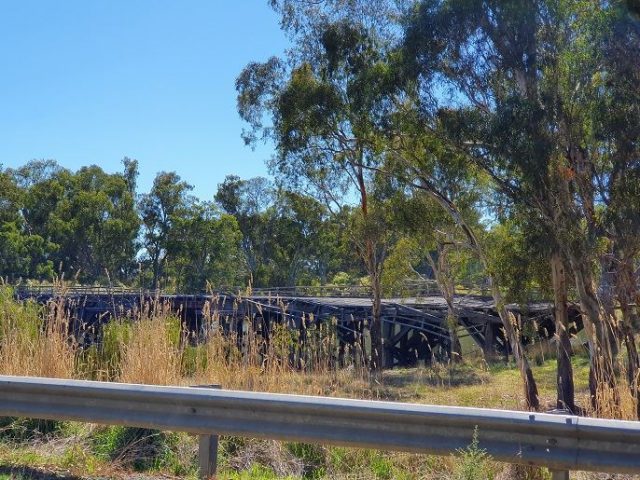 Opened in 1891, then known as Kerri’s Bridge, Chinaman’s Bridge near Nagambie is one of Victoria’s oldest surviving timber road bridges. The bridge which spans Goulburn River was designed by Goulburn Shire Council Engineer and was constructed by contractor JB Parkinson at a cost of £4188 3s 6d. Originally the bridge connected Nagambie – Heathcote Road across Goulburn River. The Nagambie – Heathcote Road was realigned on to a new replacement bridge in 1989, and the Chinaman’s Bridge was closed to traffic and pedestrians. 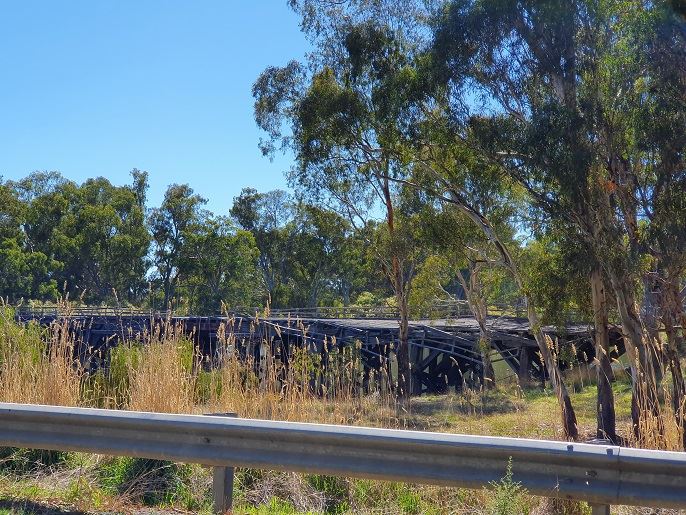 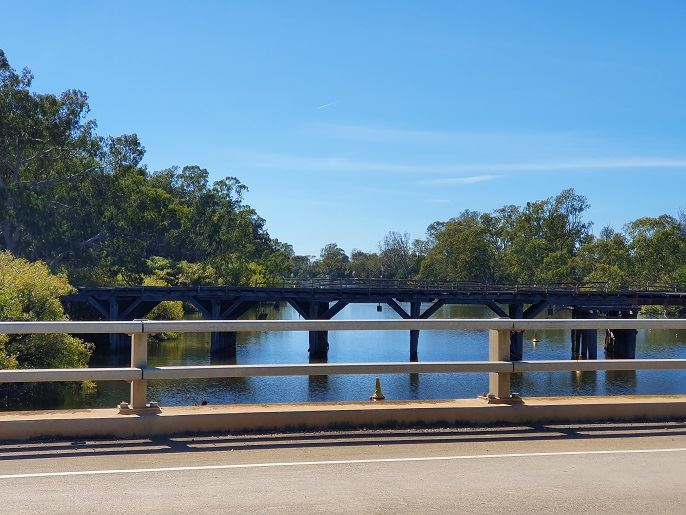 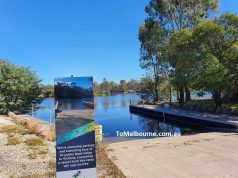