Charles La Trobe was born on 20th March 1801 in London, the son of Christian La Trobe and his wife Hannah. His father Christian Ignatius La trobe from a family of French Huguenot descent was a leader of the Moravian Church. Charles was educated in England and later in Switzerland and was intended to enter the ministry of Moravian Church. But that did not happen. In October 1824 he went to Neuchâtel, Switzerland, as tutor to the family of the count de Pourtalès who was also of Huguenot extraction. He developed his interest in mountaineering during his stay in Switzerland. La Trobe wrote several travel books describing his experiences: The Alpenstock (1829), and The Pedestrian (1832). In 1932 as a tutor and mentor he accompanied Count Albert De Pourtale’s during a tour to America. Based on his experience, he published two books, The Rambler in North America: 1832-1833 (London, 1835) was followed by The Rambler in Mexico: 1834 (London, 1836).

On his return from America La Trobe stayed at the country house of Frédéric Auguste de Montmollin, a Swiss councillor of state, and there became engaged to one of the Montmollin daughters, Sophie. They were married in the British Legation at Berne on 16 September 1835.

In 1837 La Trobe was sent by the British government to the West Indies to study and report on the future education of the recently emancipated slaves. In that year published’ The Solace Song’, a collection of short poems .In January 1939, he was appointed as the Superintendent of the Port Phillip District in Australia. La Trobe lacked the administrative experience usually expected from someone posted at such senior positions. La Trobe was counted as a cultured gentleman rather than an intellectual or an executive.

In January 1839 La Trobe was appointed as the Superintendent of Port Phillip with a salary of £800 per year. Charles La Trobe remained as the Superintendent of the Port Philip District from 1839 to 1851. He was not provided with any residence or allowance such as rent for a house. He brought with him from England a pre-fabricated Swiss chalet type of house. Latrobe requested and obtained permission from Governor Gipps, his superior in Sydney, to put it up in a temporary manner, on any portion of Crown Land that he might find unoccupied in the vicinity of Melbourne. The structure was finally put up at a site east of the Police Paddock, where the Police Magistrate, Captain Lonsdale, has established his headquarters two years previously.

In the following year, Latrobe applied to purchase 12.5 acres of land in Jolimont area, at an auction t uncontested for an upset price of £20. Mr John Pascoe Fawkner addressed the public and expressed a wish that they would not bid against the gentleman now their Superintendent whom in all human probability would be their future Governor. . In January 1851 La Trobe was appointed lieutenant-governor of the State of Victoria. The Jolimont Land brought La Trobe £25000 in 1854, when he eventually sold it when he left Australia. Mr La Trobe had to wait ten years for a pension after he got back to England and he got only £333 a year for his fifteen years hard work in Australia. Even as a Governor La Trobe was paid around £2000 a year. But his immediate successor Sir Charles Hotham was paid a salary of £15,000.

Latrobe’s wife was a keen gardener and made sure that the cottage had a garden with both native and exotic plants around it.

In his very first speech in Melbourne Latrobe declared, “‘It is not by individual aggrandisement, by the possession of numerous flocks or herds, or by costly acres, that the people shall secure for the country enduring prosperity and happiness, but by the acquisition and maintenance of sound religious and moral institutions without which no country can become truly great’. Though Latrobe was not a great administrator, the values he upheld and maintained as the Governor, left an influence that helped shape this great city, ‘ Melbourne’. It was La Trobe’s visionary oversight that made Melbourne a garden city. Against all the opposition from many quarters, he was particular about leaving reserves for gardens and parks. He was behind the creation of Mechanics’ Institute, Royal Melbourne Hospital, the Benevolent Asylum, the Royal Philharmonic, the University of Melbourne. La Trobe up to a limit was successful in keeping the government finances in the black and preserving the peace of the state.

Latrobe submitted his resignation from the post in 1852 but had to continue until a replacement was found in 1854 . On 6th May 1954 he sailed back to England.

Latrobe’s wife Sofie Latrobe became ill and returned to Europe with their four children before Latrobe set sail. Sophie died on 30th January 1854, four months before La Trobe’s departure. On 3rd October 1855 La Trobe married her widowed sister, Rose Isabelle de Meuron, thus excluding him from another official appointment had he wanted one. As per the British law of the time, his marriage was illegal and was considered as incestuous. Latrobe’s eye sight was deteriorating in his final years of life and he was blind in the last years of his life. La Trobe died in 1875 at the age of 74. Charles Joseph La Trobe is remembered as a true Gentleman.

Melbourne: The Biography of a City, By W.H.Newnham – Published by Hill of Content Publishing Company Limited 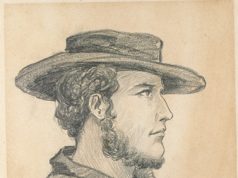 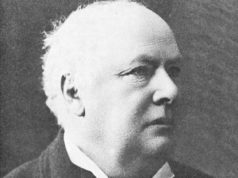 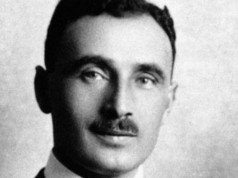