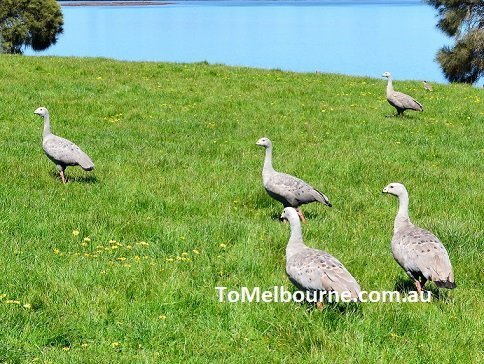 These friendly birds are everywhere in Phillip Island. The first-time visitors to the island will be googling to know what are they? They are one of the rarest geese in the world.  The Cape Barren Goose is a truly noble and beautiful bird, native to south-eastern coast of Australia, the southern coast of Western Australia and in south-eastern Victoria. They were introduced to Kangaroo Island later.

The sealers sighted the birds first at Cape Barron Island as early as 1798, so it was named Cape Barren Goose. For many years to come, it was thought that, these sealers were the first Europeans to sight these birds. But in fact, the Cape Barren Goose was first discovered in 1792, when the French Naturalists of d’Entrecasteaux’s expedition in search of explorer Laperous, found it on the island of Recherche Archipelago in West Australia.  They likened these grey birds to goose of China. 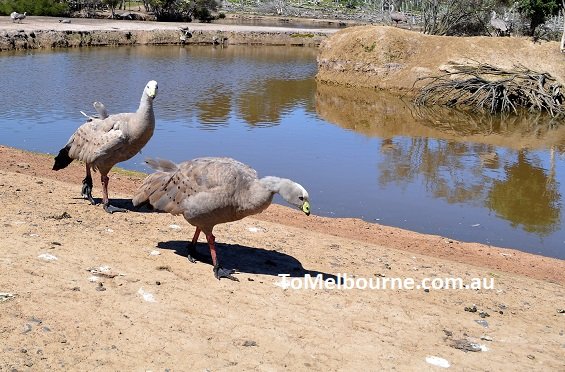 The diary records of early European settlers show that the birds used to be so tame that they might be knocked down by sticks or even captured by hands. But since the European settlement began, the birds were hunted down for pot, in large numbers. As a result, the birds have changed their habits. The birds at Phillip Island are seems to be very tame. Some of the birds at Phillip Island wildlife park may even come running to welcome the visitors, keeping an eye on the Kangaroo feed visitors purchase at the desk. In the early days of settlement, the sheepmen used to get annoyed with the presence of these birds, because they leave an odour on the grass it feeds over, that seems to be repugnant to sheep, which will often refuse to eat grass till rain and sun have removed the contamination.

They are one of the noisiest birds and also known as pig goose because of the grunt like notes it makes. The goose and gander can be easily recognised by the pitch of their cries.  Deep guttural grunting notes are uttered by the goose while the gander gives the loud high-pitched cries that have a carrying quality.

During the breeding season, a pair of the birds, will form a saucer like nest under a bush or against a grass clump usually made entirely of Grass. The birds lay an egg that is creamy white with a glossy surface. The incubation period is 38 -40 days and is carried out by females. The gander usually stands nearby to protect and ensure the safety. Both the geese are very pugnacious during the period and will attack anything most viciously. In the wild, Emus and Kangaroos usually get to know the strength of their beaks.

For the young geese, a broad black stripe runs from the base of the bill to the tail. Then come two white stripe and two black stripes again. The underparts are creamy white. It takes more than 6months for the birds to loose their baby feathers. The adult plumage has shades of grey ornamented with dark brown eye like spots on the wing feathers and a yellow wax like shield above the base of the beak. It has striking green bills and red legs. Although web footed, they are seldom seen on the water but feed always on island grasses. The bird is more terrestrial than aquatic.

During the summer, the non-breeding geese generally leave the islands for the mainland where they feed on improved pasture.

The Cape Barren Goose numbers were fast declining in the early 1900 and by the 1950, it was feared that they are heading for extinction.

“They are found on islands from Bass Strait to Albany and used to be plentiful on the Victorian mainland. Unfortunately, they were killed in large numbers for food in the past and their numbers have been steadily diminishing for some years. Cape Barren geese have been kept in the Sydney and Melbourne Zoos for number of years but have never bred at Taronga Park. They are pugnacious birds and difficulty has been experienced in keeping them together satisfactorily, some eggs were laid in the old zoo at Moore Park, but no young ones were hatched. Melbourne Zoo has been more fortunate and has succeeded in breeding these birds from time to time.”

But after measures were introduced to protect the species, their numbers increased substantially. Their ability to drink salt or brackish water allows numbers of geese to remain on offshore islands all year round. 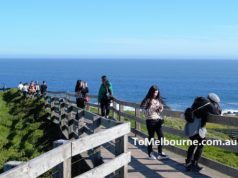 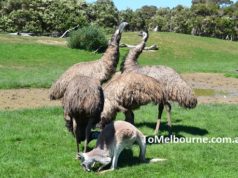 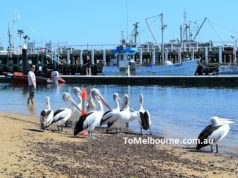